A final local exhibition before moving on

Anthe Capitan-Valais, a resident of Chestnut Hill and then Flourtown over the last 39 years, is an acclaimed artist whose works have been exhibited at Woodmere Art Museum, the Pennsylvania Academy of …

A final local exhibition before moving on 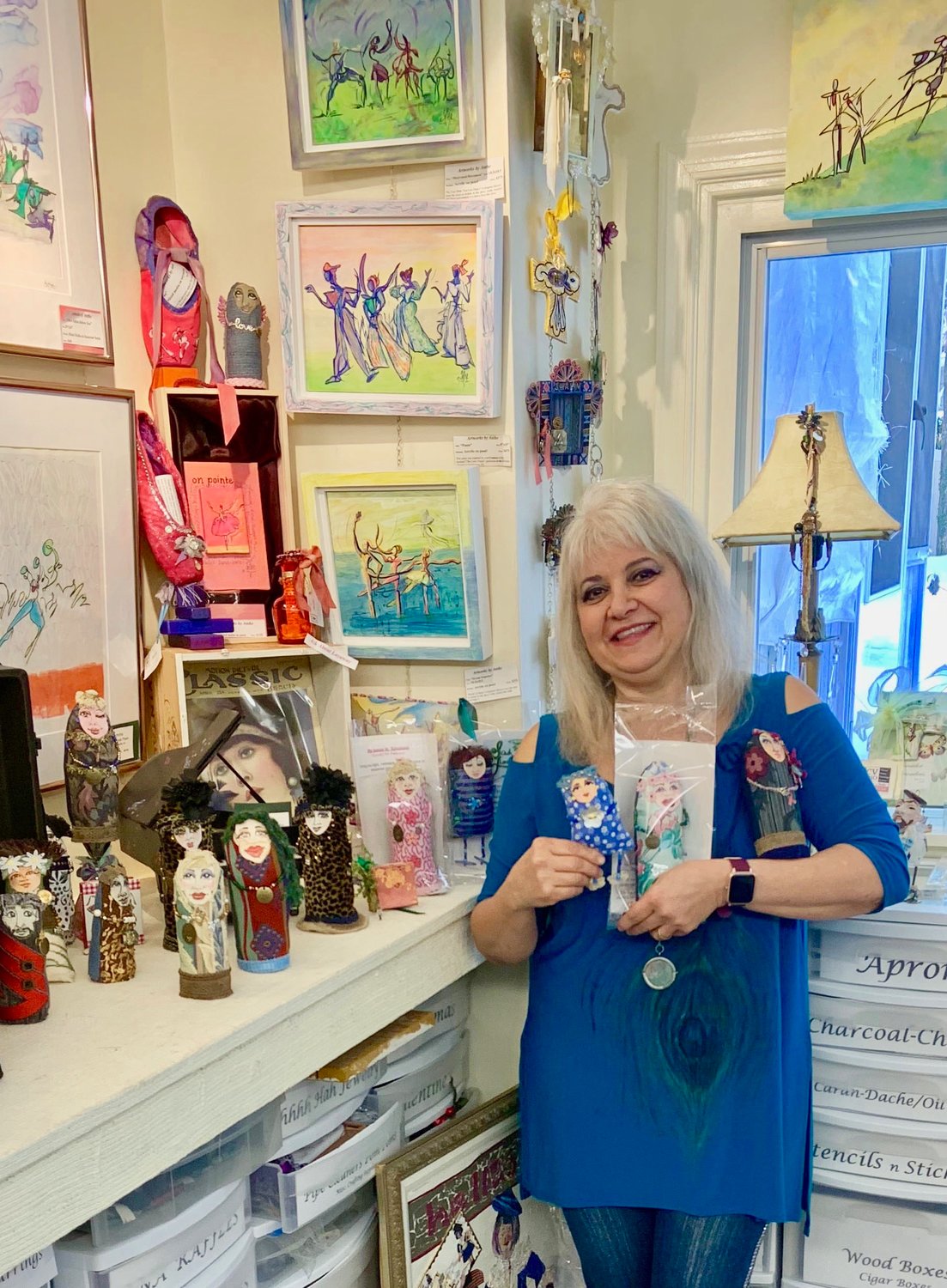 Anthe Capitan-Valais and a friend started making these inspirational dolls during the pandemic. 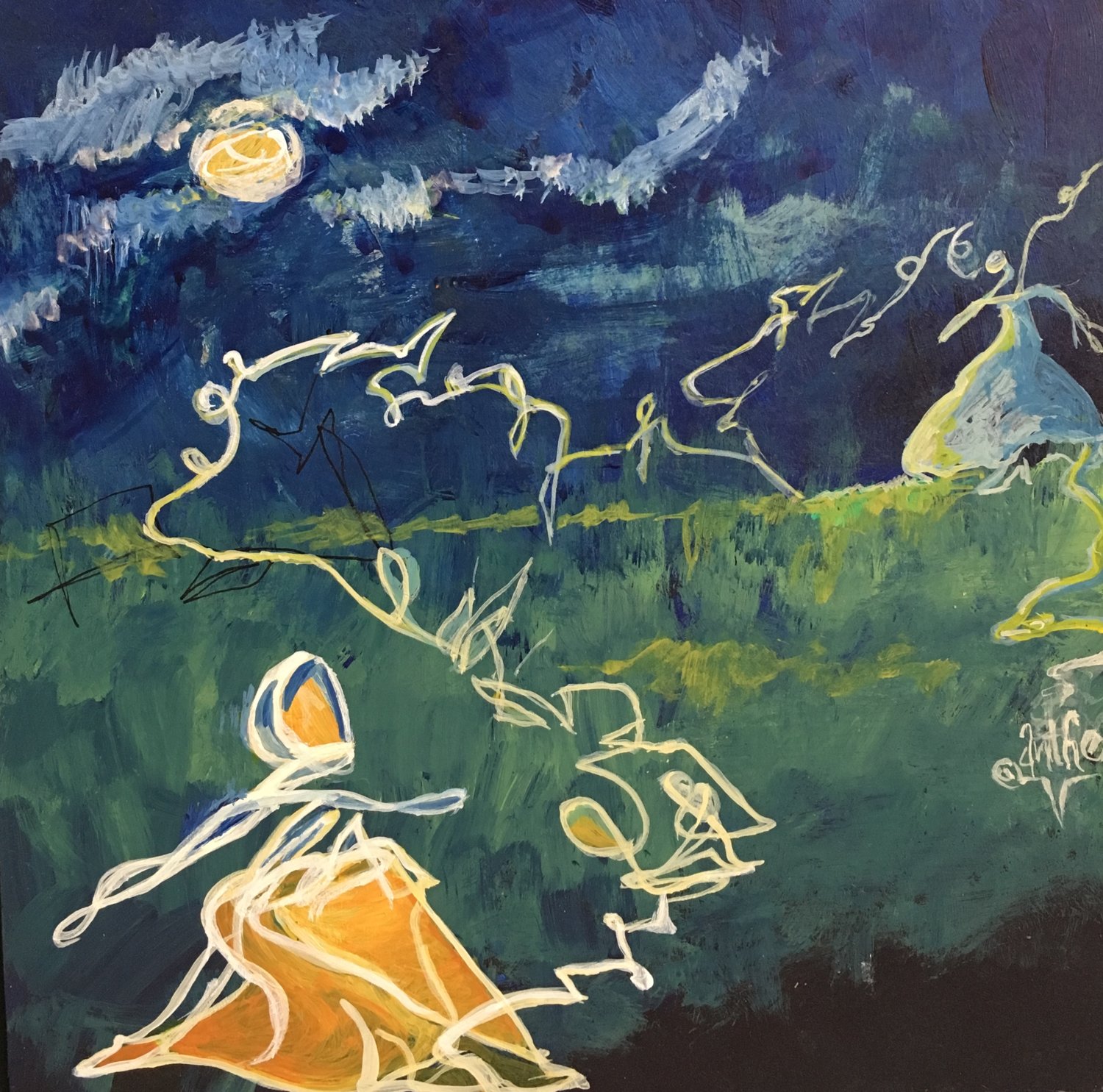 Anthe Capitan-Valais, a resident of Chestnut Hill and then Flourtown over the last 39 years, is an acclaimed artist whose works have been exhibited at Woodmere Art Museum, the Pennsylvania Academy of Fine Arts, the Comcast Building, the main branch of the Free Library of Philadelphia and many area galleries, is moving to Florida. Before she leaves, she is exhibiting her work one last time at the Center on the Hill in the Presbyterian Church, 8855 Germantown Ave. There will be a Meet the Artist reception on Thursday, Nov. 11, 5-7 p.m.

Capitan-Valais started out as a dancer, and in her 20s was part of a dance crew performing disco and Latin dances. However, her budding dance career ended when “I was hit by a drunk driver who ran a red light and hit me head-on. I had a desk job from that point forward. Seven years of intensive therapy brought me to a new normal, so I could continue with work and life.”

In fact, Capitan-Valais has had far more bad — and painful — luck with car accidents than anyone should have to endure. “Unfortunately,” she told us last week, “I have been in eight car accidents in all, none of which I was responsible for. I was parked at a stop sign or light in five of them when I was slammed into by people not paying attention. First was the drunk driver. Second was a bus that swerved the accordion section of their vehicle into me as I was exiting my car, dragging me 10 feet.

“Then a gal who was believed to be texting rear-ended me while I was stopped at a red light. In 2018 I was hit on Mt. Carmel Avenue (Glenside) when stopped at a light in front of a diner when a man ... slammed into me, and I had a lateral tear followed by a right shoulder repair.

“I developed agoraphobia and post traumatic stress disorder. I underwent surgery, got Aleeke, a 10-week-old pup who … eventually became my service dog so I could leave the house and get into a car. After the PTSD diagnosis, I went into EMDR therapy (a form of psychotherapy) to overcome the trauma from multiple accidents. It was successful.”

“Last year Miltos and I spent the month of November there and were planning to head there for the winters in the future, due to my physical pain. Miltos said it reminded him very much of his motherland, Athens, Greece. He loved the palm trees and buildings in old Naples.”

Capitan-Valais lived in Michigan until she was 11 and then in Ohio until age 24. After marriage in 1990, she was accepted into the Pennsylvania Academy of the Arts, where she graduated with honors and awards in 1995.

Capitan-Valais worked as a copy and ad design artist for the Yellow Pages in the 1980s and was a quick-sketch artist at Sesame Place in Bensalem in the 1990s. She also painted countless murals in private homes, including designer homes in Wyndmoor, Chestnut Hill and Bucks County. She also started two non-profits, the Montgomery County Guild of Professional Artists and another that sponsors free art workshops. She has taught drawing at dance and music workshops in the Blue Bell, Norristown, Ambler and Springfield Township areas.

Capitan-Valais said she has been lucky to have the unending support of her children - Dianna Rambo, Athena Argiris and Lizzie Edson - and grandchildren Kae, Irene, Cheri, Kerry, Kristi and Michael.

In the current show, The Center and Capitan-Valais are giving a piece of the same or lesser value to anyone who purchases a piece of her artwork. For more information, call 215-247-4654 or visit anthe.net. Len Lear can be reached at lenlear@chestnuthilllocal.com.

The show will be up from November 1 through the 24th.  For more information or to RSVP for the reception call the Director Mariangela Saavedra at 215-247-4654 or email msaavedra@chestnuthillpres.org.