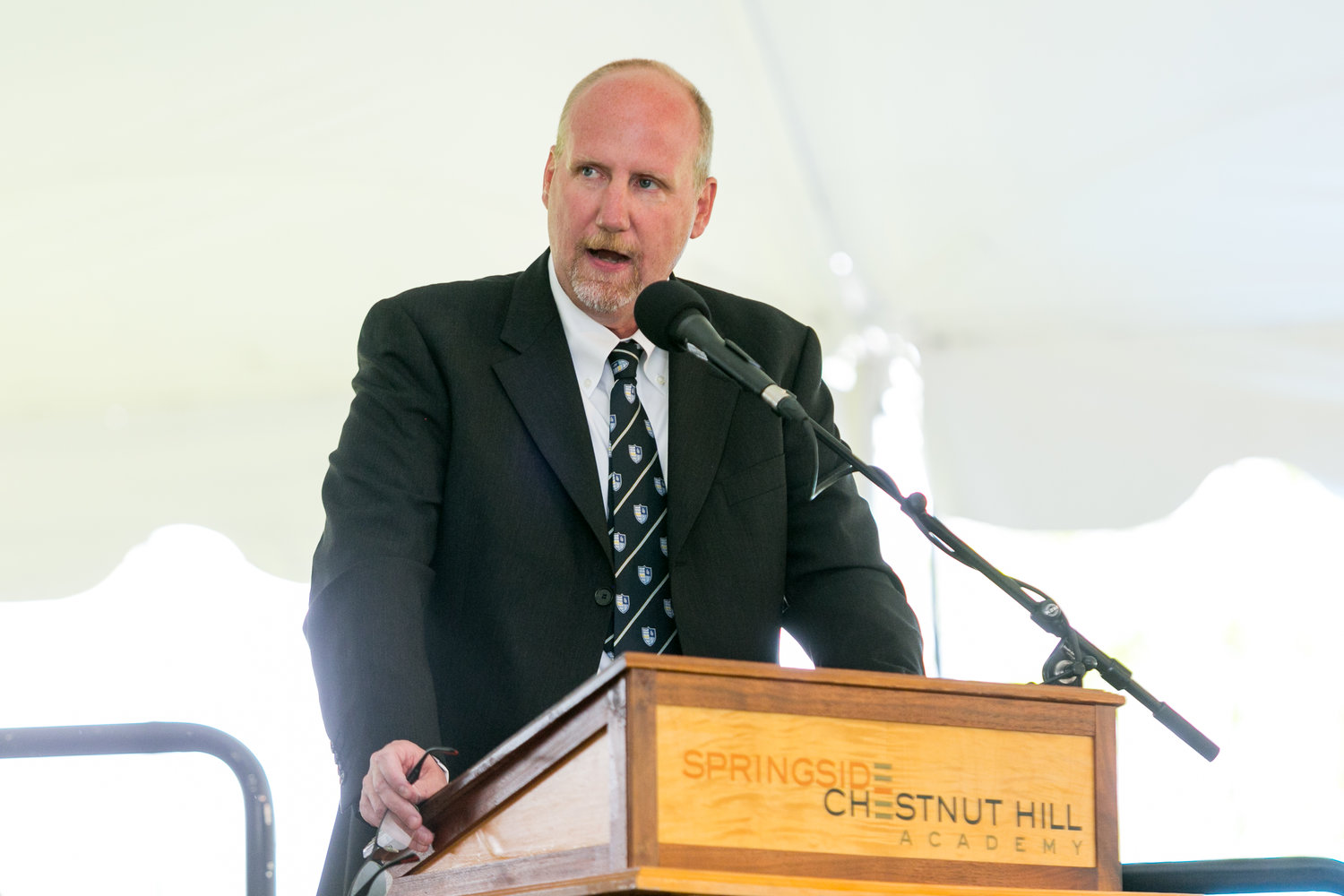 While his leaving is not a surprise, it is a significant loss for many in the school’s tightly knit community of teachers, parents and administrators.

“There are many remarkable aspects of Steve Druggan, one of the most important of which is his calm and unflappable leadership,” said Mims Zabriskie, a member of the school's board of trustees. “Steve listens well, makes each person feel that they have been heard, makes wise decisions that are best for the school, and then stands behind those decisions with confidence and clarity.

“We will miss Steve and [his wife] Pia, and we wish them great success in their next adventures,” she added.

Druggan is widely credited with successfully leading the school through the rewriting of its mission statement and strategic plan, managing the construction of a new Lower School building and re-organizing the distribution of classroom space, opening the Early Childhood Center and continuing to build and expand the Sands Center for Entrepreneurial Leadership. He will be replaced by Delvin Dinkins, who will fill the post starting in July.

In a prepared statement, SCH Board of Trustees Chairman Patrick Lindsay thanked Druggan for his leadership and wished him well in Dubai.

“We recognize that this is an exciting career opportunity for him – and one that he is uniquely qualified for given his many years of experience as an educator and administrator of international private schools and his exceptional contributions while at SCH.”

When Druggan first arrived in the summer of 2016, he understood that leading the school into the future would require some healing of the past. It was just five years after the merger of two historic single sex schools, Chestnut Hill Academy and Springside School, and those years had been rocky.

“I discovered that what had happened during the post-merger years was that trust had been eroded in the leadership, and the school was not getting the benefit of the doubt,” Druggan said. “I thought I was coming into a school with unlimited potential if it could learn to love itself again.”

That called for a lot of transparency, he said - as well as clear and consistent appreciation of what had come before.

“A lot of what I needed to do was to communicate concisely, clearly, and often – and to be very visible,” he said.

A good part of his message focused on the importance of both schools and their two individual legacies, and that the success of the new institution could never erase theirs.

Faculty member and former trustee Peter Randall put it this way: “Steve has often said that the most important decision he ever made was [about a month after arriving] to spend 20 bucks to buy [CHA and Springside] flags and put them on the mast alongside the SCH flag to formally recognize that we’re built on the shoulders of giants.”

For Druggan, that message didn’t just work on the past, but also on the future. People are capable of great things when they know that they matter, he said - which is one reason why he made it a point to learn the name of every child on campus within three months of his arrival.

“Steve’s approach is making sure that everybody knows they’re important to this community. From the very beginning Steve has been a ‘show you’ kind of guy not a ‘tell you’ person.”

“I will miss him just walking around,” said Randall. “He pays attention, and is interested. The other thing that's really critical is that he clearly enjoys what the kids are doing.”

For all that has been accomplished during his tenure, much of it occurred during COVID. Since that first affected the school in March of 2020, he noted, it has been an ongoing job to figure out the best way to keep the students learning and have as many of them as possible on campus.

According to Randall, “Steve totally mastered COVID. He organized a response based on science with the best advice about fulfilling the City of Philadelphia’s obligations and understanding the community we’re living in.”

Druggan said he’ll miss the community he found here at SCH and in Chestnut Hill, but he’s pleased to be leaving the school in good shape.

Enrollment is up to 1,170 from 1,006, making SCH the largest independent school in the area and the one that has been on the same campus the longest. It’s also very diverse - in a wide variety of ways - with more than 40% of students receiving financial aid.

“We draw from 110 zip codes. We have Democrats, Republicans, firefighters, and the wealthy. I believe the team that’s in place as I depart is really strong,” he said. “This has been a fantastic six years. It’s been wonderful for my family, and our kids. We’ll leave here with very fond memories. It exceeded our expectations.”