A Look Back at “Flawless”

Okay, so it's not flawless or priceless.  But it's not careless, clueless, or carat-less either.

A Look Back at “Flawless” 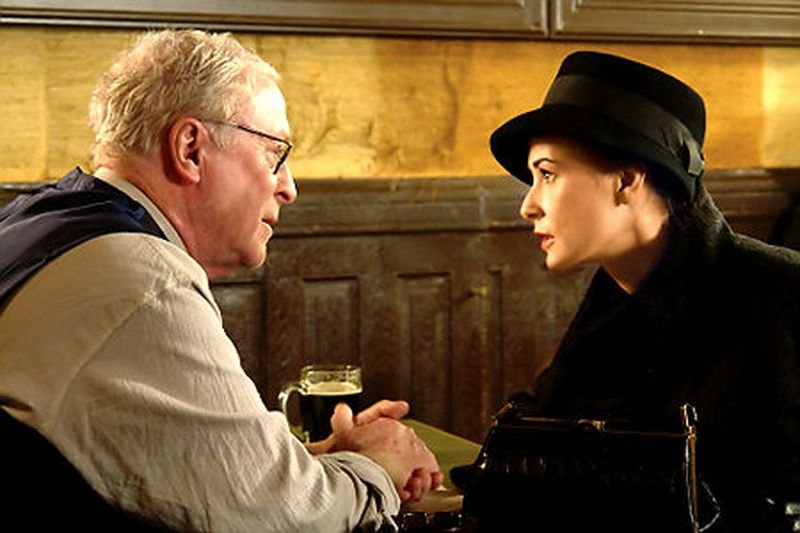 Okay, so it's not flawless or priceless.  But it's not careless, clueless, or carat-less either.

“Flawless” (2008) is a clever diamond-heist thriller (not to be confused with the unrelated Robert De Niro film with the same title) set in London in the 1960s.  Demi Moore is Laura Quinn, an American educated at Oxford who's now living and working in London.

She's a dedicated, talented, and ambitious executive – steely and resolute, but hungry and vulnerable – at the London Diamond Corporation, the world's largest trader and supplier of diamonds.  Frustrated by the apparently sexist glass ceiling, the sole female member of the corporate staff watches yet another less impressive male executive get promoted to a position she aspires to.

Michael Caine plays Hobbs, the still-waters-run-deep night janitor, who's about to retire.  Like Ms. Quinn, he has considerable complaints about the company they both work for.  Sensing her unhappiness and resentment, he proposes a plan that will benefit them both and gain her a measure of payback for her mistreatment.

He thinks he has figured out a way, with her help, of entering the huge vault during the night and filling his thermos with enough diamonds to make them both rich.

Of course she declines, but he has another persuasive trick or two up his sleeve, one involving information about her future with the company that he's been able to unearth.

Their collaboration is on.

He does manage to extract the diamonds, but his scheme is not without flaws.  And the odd couple of unlikely allies find themselves involved willy-nilly in an urgent insurance investigation that begins immediately after the theft is discovered.

It's gratifying to see Moore back in a role with substance, and Caine works his usual magic in bringing his character to three-dimensional life.

(Plus it's a reunion for them: a quarter-century ago, Moore played Caine's daughter in “Blame It On Rio.”)

Director Michael Radford, working from a script that tells its story in flashback, presents his tale in a remarkably restrained way, avoiding melodramatic flourishes the way thieves avoid surveillance cameras.

The flawed screenplay does include a few plot developments that strain credulity by erring on the side of coincidence.  But, to its credit, it doesn't ignore the international sociopolitical context either.

It's always nice to get a bit of Zeitgeist along with a heist.  And that crucial heist sequence is handled adroitly, with exquisite suspense and finesse but no unnecessary flash.

This ingenious crime drama, subdued but accomplished, is a caper flick about the 1960s that could well have been made then.

“Flawless” isn't quite a gem, but it is a highly polished piece of cinematic jewelry.