A Look Back at “Tangled”

It's  computer-generated in the modern fashion but is meant to recall the traditional, hand-drawn mode, so it has a lushness and a warmth that reminds us of animation's classic style.

A Look Back at “Tangled” 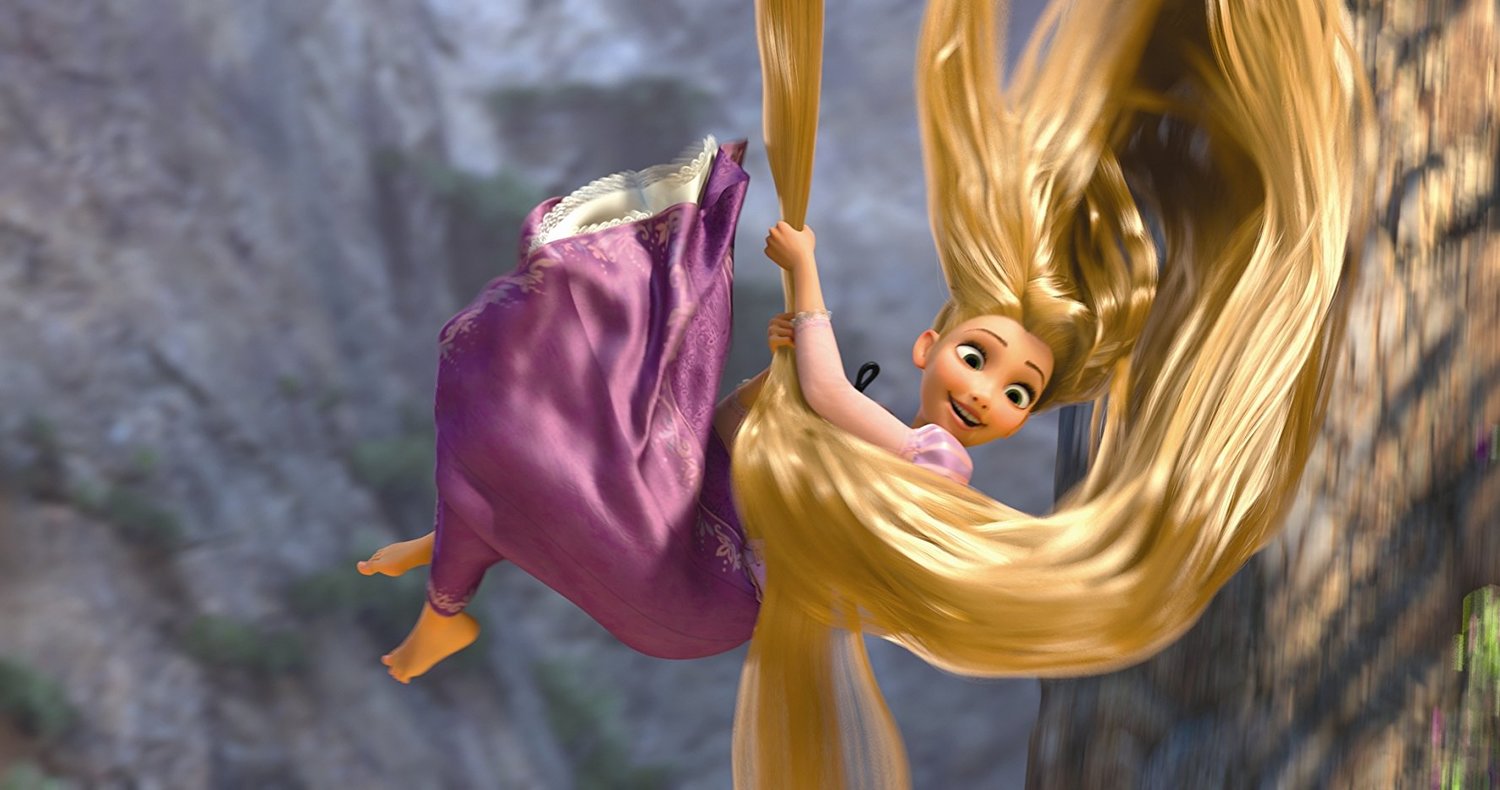 Disney's first traditional fairy tale after 1991's “Beauty and the Beast” is computer-generated but recalls the traditional, hand-drawn mode, so it has a lushness and a warmth that reminds us of animation's classic style.
Posted Friday, August 6, 2021 9:00 am
by Bill Wine

Just as they've always been, long golden locks are dangled in the newfangled “Tangled.”

The familiar uphill request, "Rapunzel, Rapunzel, let down your hair," gets a fresh comb-out in this musical retelling of the classic fairy tale by the Brothers Grimm about a sequestered damsel in a tower.

Mandy Moore provides the voice of Rapunzel, a teenager with 70 feet of golden tresses who was born a princess with magically glowing, youth-restoring hair, who was stolen as a baby from the king and queen.  A woman named Mother Gothel, voiced by Donna Murphy, kidnapped her in order to take advantage of the healing and rejuvenating hair for herself.

Mother Gothel then locked Rapunzel away in a tall tower and, overprotective parent that she was, drummed into her the notion that the world is a horribly dangerous place.  Thus has Rapunzel remained cloistered in the tower for all seventeen-plus years of her life, unaware that she is a princess and accepting her confinement as being for her own protection.

Of course, being provided for and taken care of has not stopped her from wondering what else is out there and yearning to experience someplace other than the tower.

Especially on her birthday every year, when the nearby kingdom celebrates their lost princess with a festival of lights, which she watches unknowingly from the window, wishing she could at least visit and see the lights up close.

Then along comes Flynn Ryder, voiced by Zachary Levi, a dashing thief who breaks into the remote tower in an attempt to hide out from the authorities there.  In his possession are the crown jewels, which he has just stolen and which he keeps in a satchel.

The resourceful Rapunzel – wanting out of the tower she's been trapped in as her eighteenth birthday approaches – makes splendid use of a frying pan and takes Flynn hostage, snatches the satchel, and then proposes a deal:  she will return it to him if he takes her to the festival.  He agrees.

Thus do they take off for civilization.

The tall, hairy 2010 tale –  Disney's first traditional fairy tale after 1991's “Beauty and the Beast” –  was adapted and rejiggered by Dan Fogelman and directed by Nathan Greno and Byron Howard.  It's  computer-generated in the modern fashion but is meant to recall the traditional, hand-drawn mode, so it has a lushness and a warmth that reminds us of animation's classic style.

As do the clever and silent animal sidekicks, a horse named Maximus and a chameleon called Pascal, both very funny in their priceless reactions.  As are the numerous slapstick gags sprinkled throughout.  And while the rushed conclusion doesn't quite do justice to the various threads that run throughout the narrative, no one can accuse the film of wearing out its welcome.

As for the songs, with music by Alan Menken and lyrics by Glen Slater, such as "Mother Knows Best" and "When Will My Life Begin?," they may not be as hummably infectious as some of the most memorable tunes from “The Little Mermaid,” “Beauty and the Beast,” “The Lion King,” and “Aladdin,” but they're enjoyable to experience in the context of the story.

“Tangled” is a charming and cheery animated treat that's anything but grim.