Residents of Germantown teamed up with police officers from the 14th Police District and its chaplaincy Thursday evening to stage a peace walk. 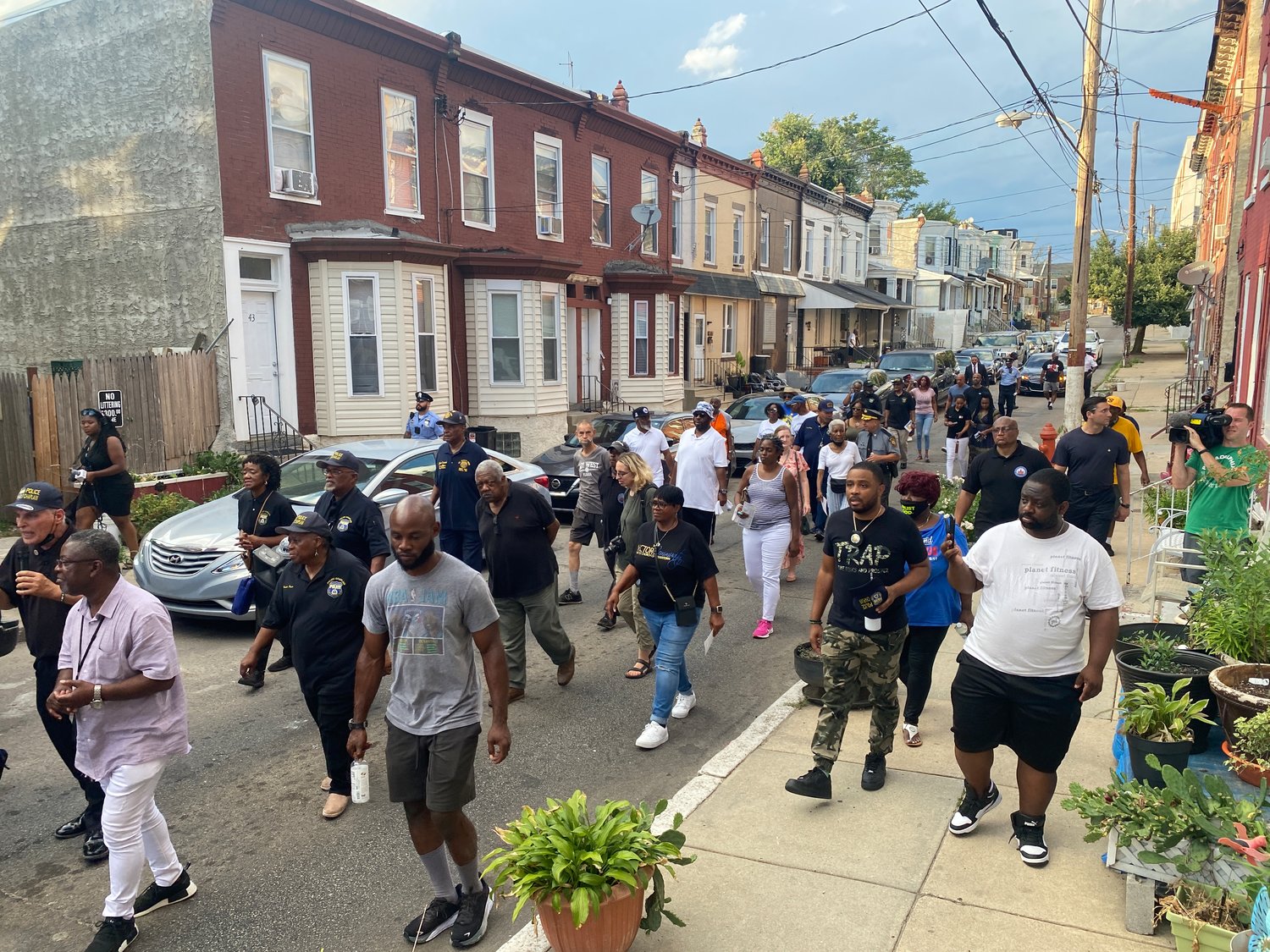 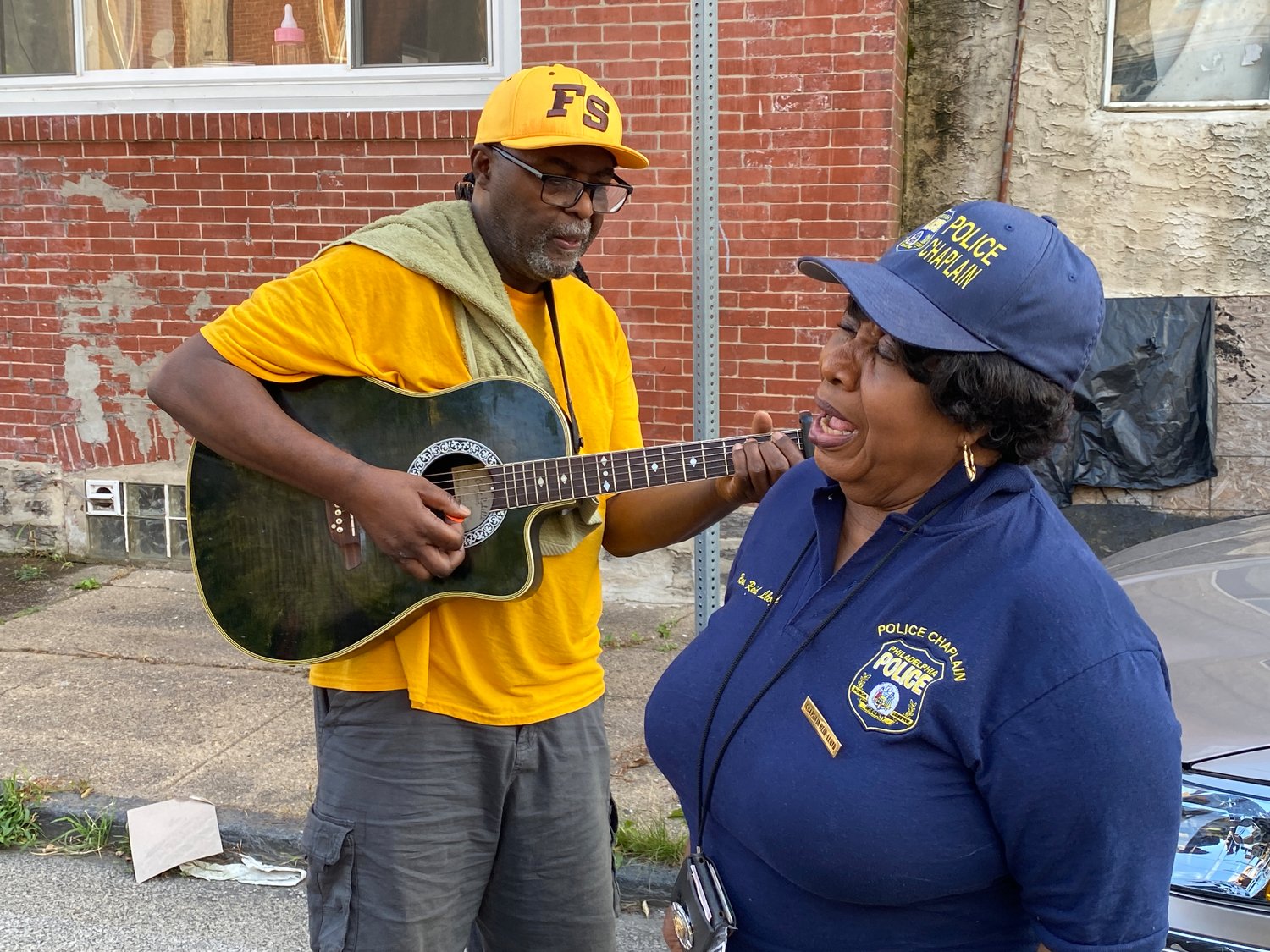 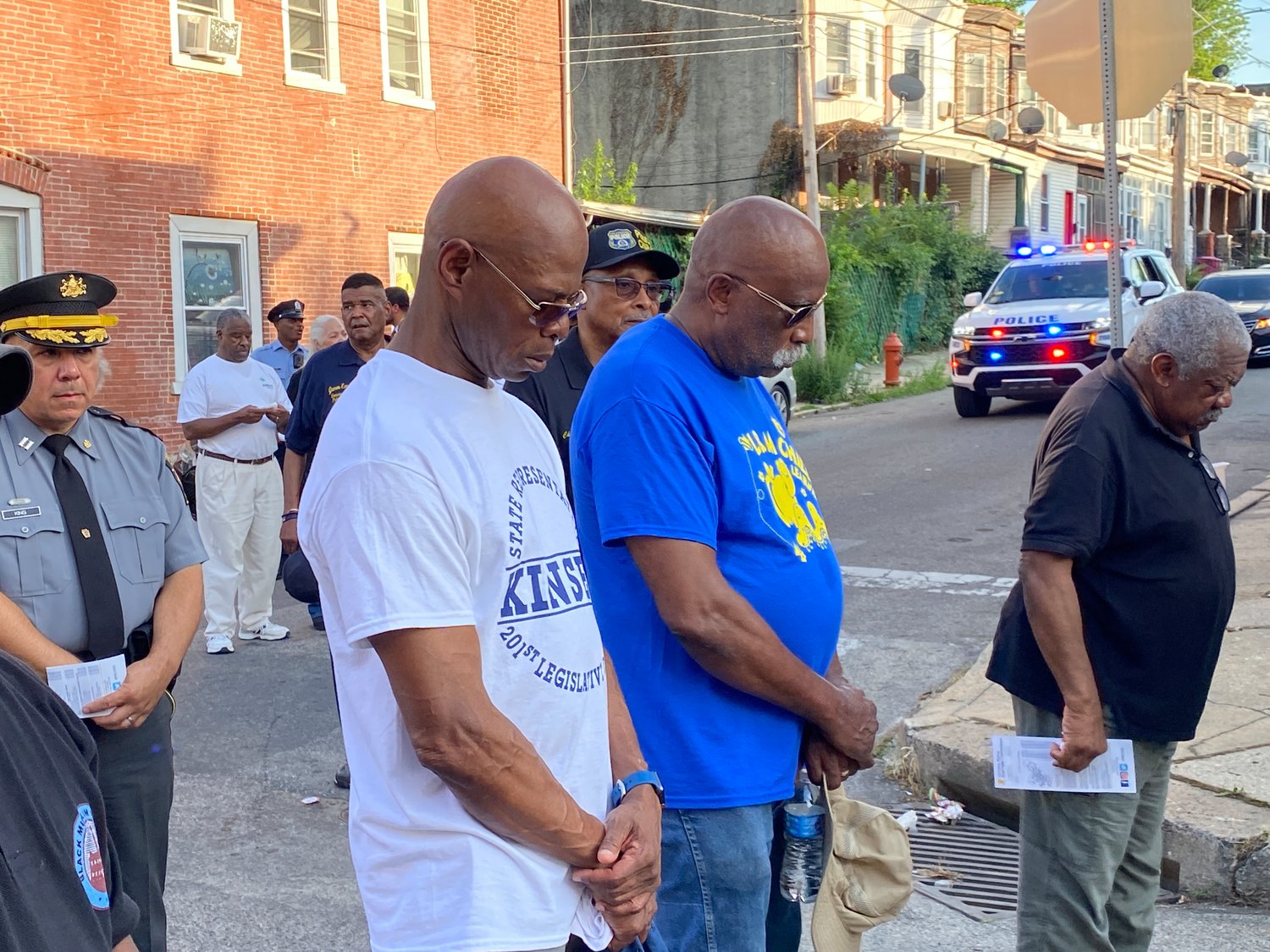 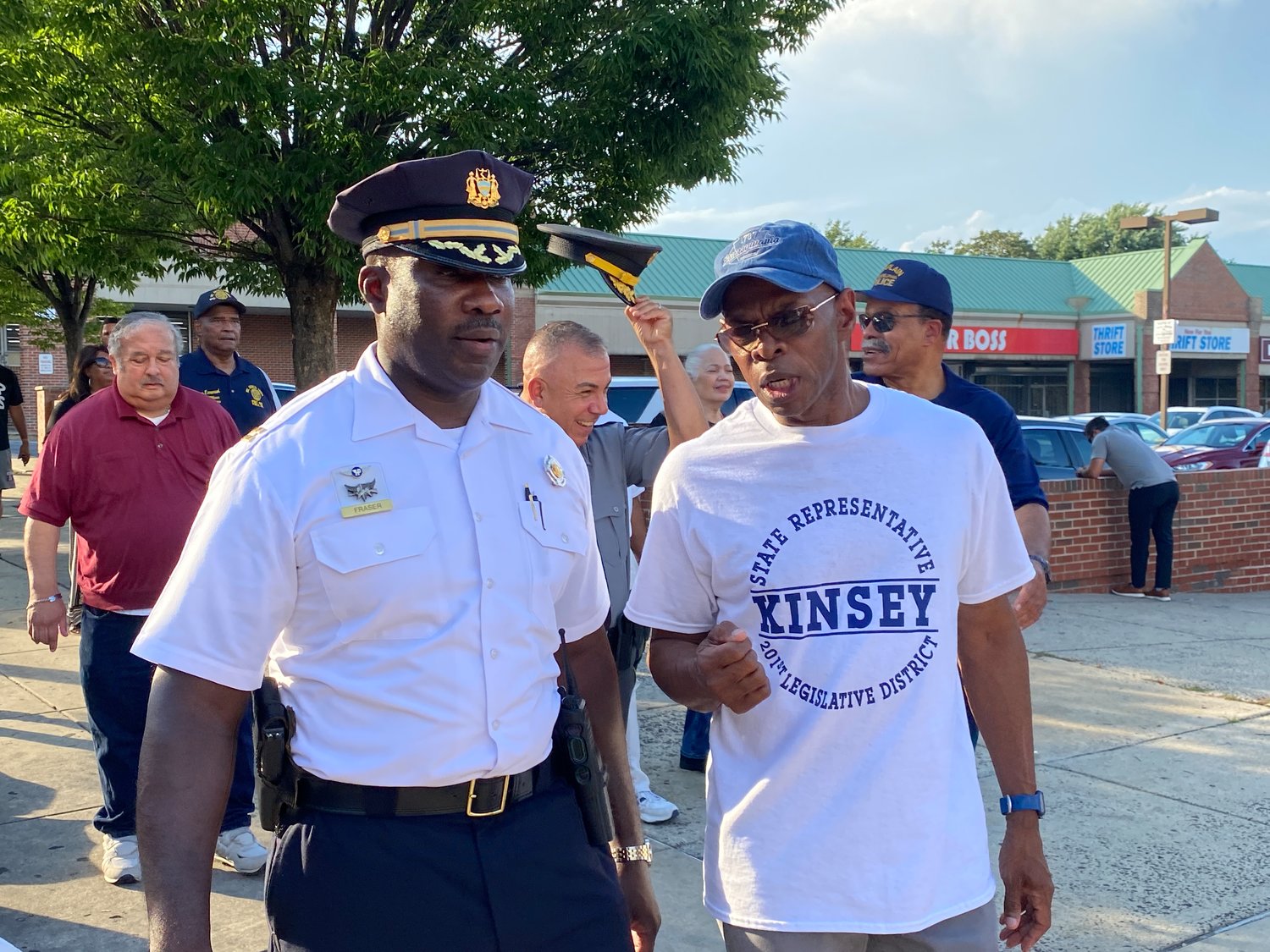 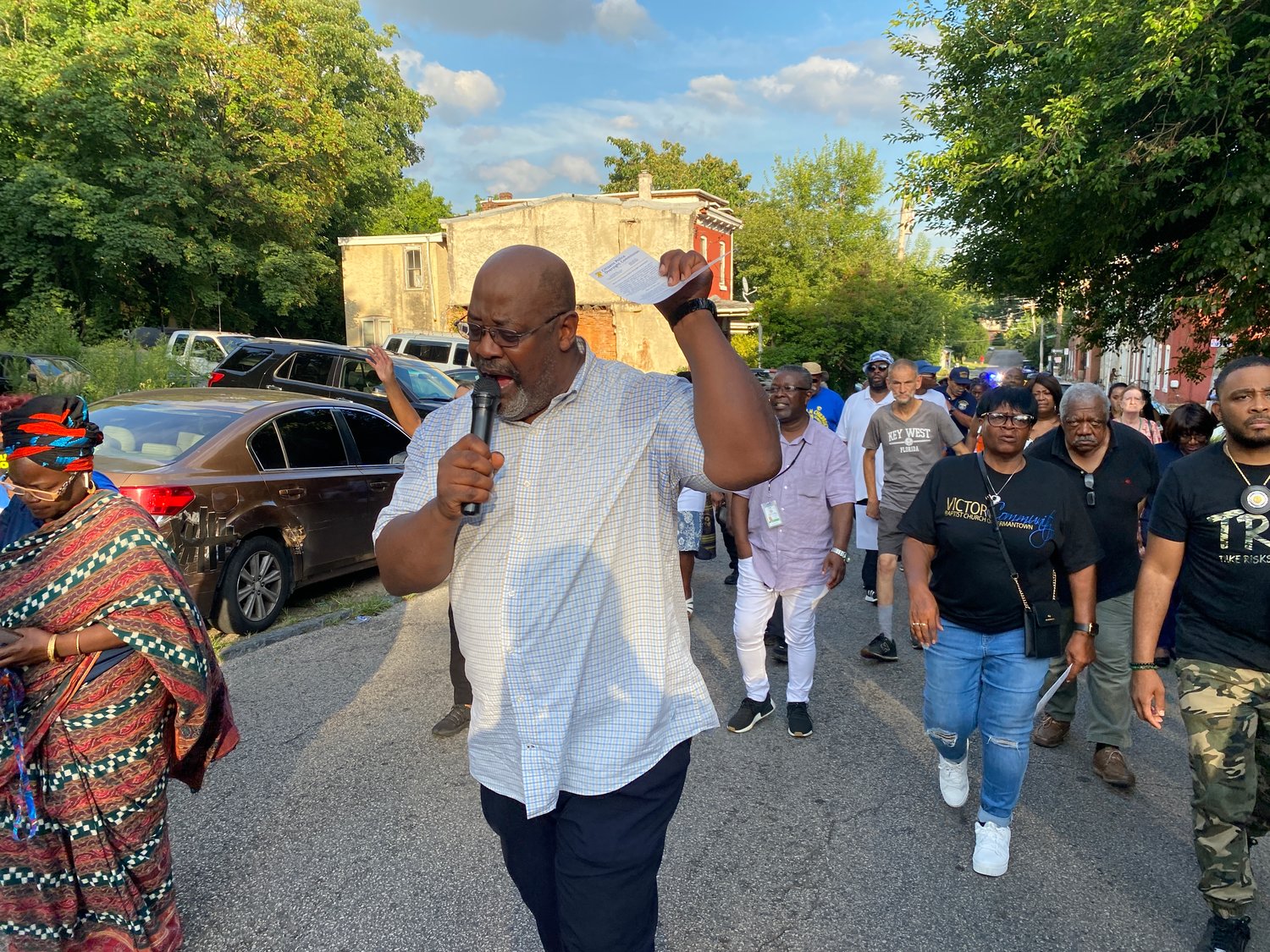 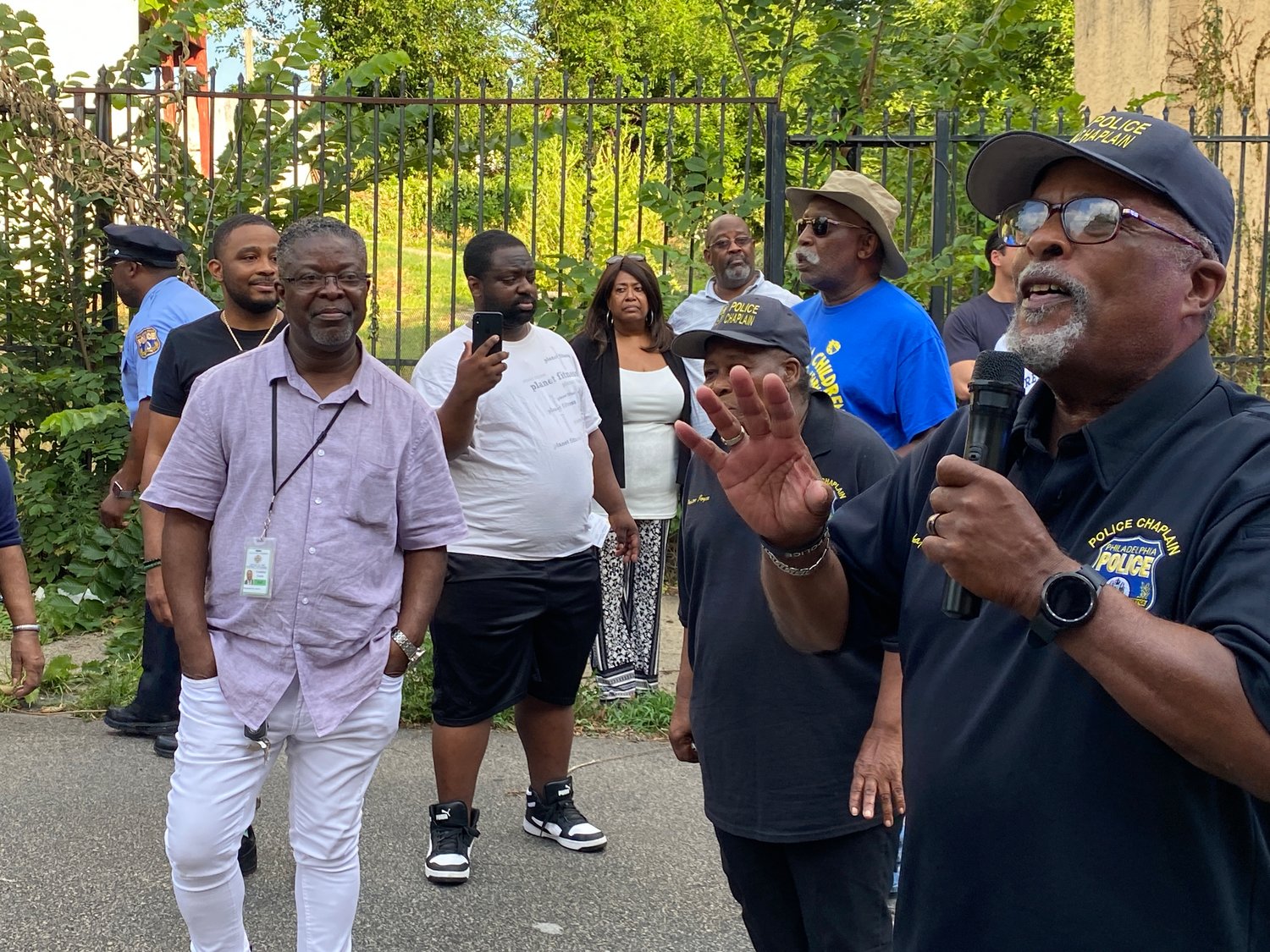 Residents of Germantown teamed up with police officers from the 14th Police District and its chaplaincy Thursday evening to stage a peace walk that started and ended at the corner of Germantown Avenue and Wister Street. The march passed through the 5000 block of Germantown Avenue, where a double homicide was committed just three weeks earlier.

“Our 14th District police clergy does its best to schedule a number of prayer walks during the year and they try to respond in reference to recent surges in violence,” said 14th District Police Captain Austin Fraser. “As you know, a couple weeks ago we had a double homicide about a block away.”

Fraser said peace walks like the one Thursday night were organized to encourage neighbors to push back against crime.

“We have elected officials here, we have clergy, we have police, we have concerned community members,” he told the Local. “We have lots of city services here to support them so we try to give them that information and that idea so that they help us combat crime from a civilian perspective.”

Fraser encouraged residents to get to know their local police officers and not to be afraid to share information with the police when necessary.

“If you see somebody that's a family member or a friend [about to commit a crime], try to discourage them from being involved in the crime and show them the support that's in the community,” he said.

Pennsylvania state House Rep. Stephen Kinsey said that the community has “got to make a change” to improve public safety.

“We want to make our community safer,” he said. “We want folks to live, laugh, pray, hope.”

He said peace walks like the one in Germantown are helpful because they let residents “know they’re not alone” and that there’s people who want to help.

Anthony Moore, associate pastor of nearby New Hope Temple Baptist Church, grew up in the neighborhood.

“It's kind of lawless right now,” Moore said of the location. “[Some people] are at the point where they just don't care about stuff. What we're trying to do is just bring Christ into the picture so they'll have some hope and healing to this neighborhood because there's a lot of shootings and a lot of stealing and a lot of drug activity.”