A practical response to desperation

Annabel Wulfhart has two full-time jobs, but she only gets paid for one of them.

A practical response to desperation 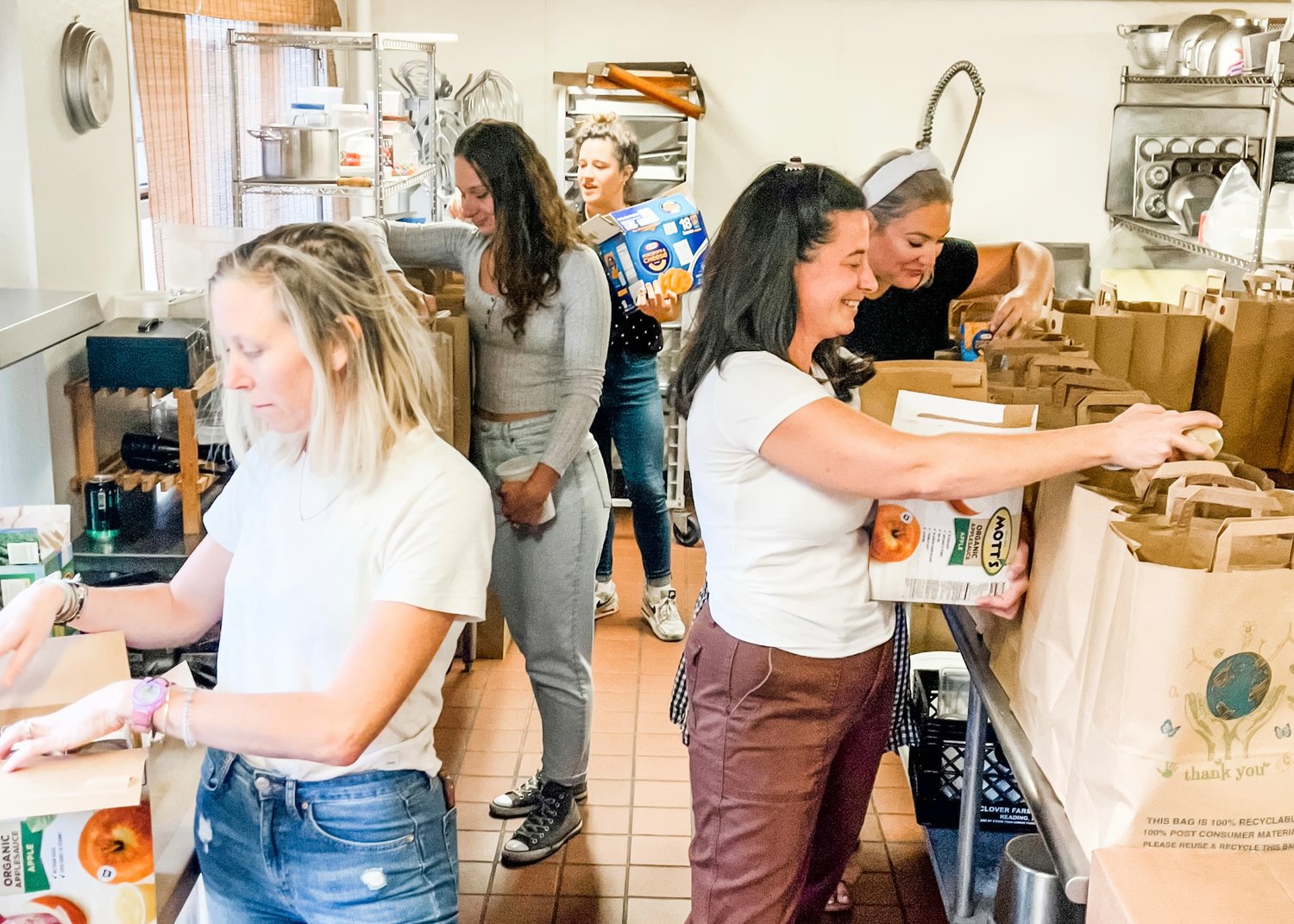 Annabel Wulfhart has two full-time jobs, but she only gets paid for one of them.

Her first job as a child advocate for the Defender Association of Philadelphia is the one that pays her salary.

Her second, inspired by her first, is the one she does for love.

After witnessing first-hand the living conditions of some of her clients in Kensington, a neighborhood hit hard by some of Philadelphia’s most intractable problems with poverty and opioid addiction, Wulfhart founded the Papermill Food Hub, a non-profit that helps put food on the table for what is now a total of 104 families.

Every week, she and her team of 25 volunteers purchase and pack grocery bags full of cereal, baby snacks, Ramen noodles, oatmeal, pasta and sauce, peanut butter and jelly, rice, and bread donated by Baker Street Bread  in Chestnut Hill. They also supply toilet paper, trash bags and Tide pods – and for those who need them, diapers.

Doing something practical helps her to cope with all the suffering that she encounters in her paying job, Wulfhart said in a recent interview.

“Kids go to school hungry,” she said. There are “homeless kids in school, shelters full, people losing their houses, kids removed from their homes because of neglect, moving in with uncles and aunts, people dying every day on the street of drug overdoses.”

And then there’s the violence, which for many of her clients has become a kind of background noise.

“Gunshots are so common that when we hear them now, I just close the door,” she said. “I'm always afraid that one of 'my kids' (social work clients) will be a victim. Some have been shot but none killed so far.”

Wulfhart got the idea back in June 2020, after she was arrested and tear-gassed during the George Floyd protests in Center City and met a group of people who ran a food distribution center in West Philly.

She decided to set one up herself. She knows from all the time she spends in the neighborhood how much harder it is to find healthy food in Kensington than it is in a place like Chestnut Hill.

“Kensington Avenue is almost completely closed, with no viable stores,” she said. “Food is only available from dollar stores and corner grocery stores, which jack prices way up and it is not of the best quality.”

Here’s how the program works: Papermill Food Hub collects donations, which it uses to buy food in bulk every week from Costco, or sometimes stores like Save-a-Lot and Grocery Outlet.

On Thursday evenings, Wulfhart and a handful of volunteers gather to pack up their grocery bags in the storage space behind Cake Restaurant. Wulfhart formerly worked there as a waitress, and owner Grey Heck has donated the space.

Then on Friday nights, more volunteers gather to pack diapers. They’re followed by another group of about 15 volunteers – mostly students and musicians – who use their Sundays to drive the food to the 104 homes in their own (mostly second-hand) cars.

“As a social worker,” Wulfhart said, “it is often hard to help people directly, but when I go to Costco to get the food, I know for sure people will be helped.”

Wulfhart’s first clients were 21 families referred by special education teachers, and many of their students have autism. Then the Kensington Soccer Club referred some of their players, followed by block captains who sent her some names of people who needed help.

Wulfhart – who attended the Henry School, Masterman High School, Temple University (history major) and Bryn Mawr College for graduate school – intends to keep at it as long as she can. And she’s not just focused on food.

“We are building a community garden on Martha Street so there will be a safe place for kids to play,” she said. “The things kids have to walk by in Kensington are absolutely terrible.”

For more information or to donate, visit papermillfoodhub.com. Len Lear can be reached at lenlear@chestnuthilllocal.com