Char & Stave, a café and cocktail bar in Ardmore, has opened a pop-up holiday shop in Chestnut Hill at the corner of Germantown and Highland avenues – which is also where it plans to open full time next spring. 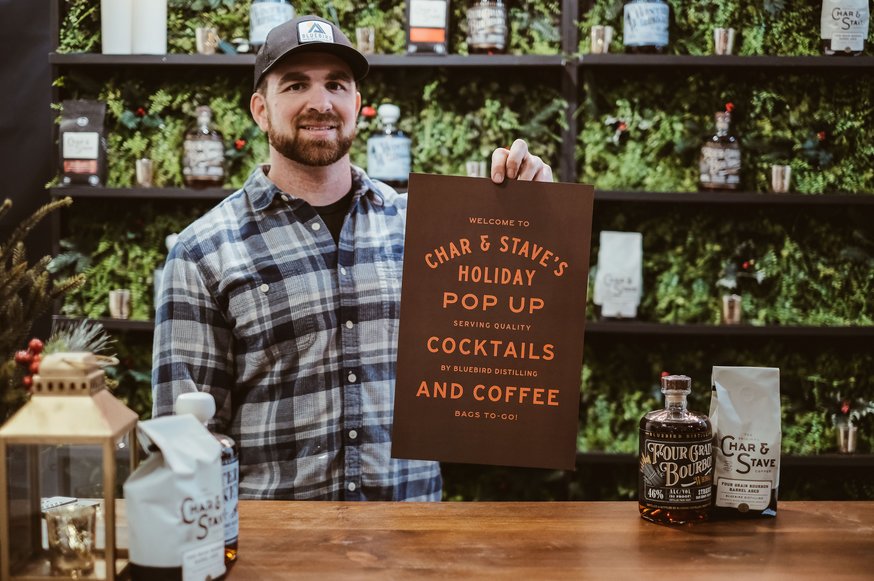 Jared Adkins, founder and owner of Char & Stave in Chestnut Hill and Bluebird Distilling in Phoenixville.
Posted Thursday, December 8, 2022 12:00 am
by Regina Marie

Char & Stave, a café and cocktail bar in Ardmore, has opened a pop-up holiday shop in Chestnut Hill at the corner of Germantown and Highland avenues – which is also where it plans to open full time next spring.

The pop-up will run until Sunday, Jan. 4, 2023, opening on Wednesday and Friday evenings and Saturday and Sunday during the day.

Char & Stave offers a menu of warming seasonal drinks, including coffee, hot mulled cider, cocktails, and mocktails. It also sells its own roasted coffee beans, ranging from mild to dark to Barrel-Aged Espresso, as well as giftable spirits from sister distillery, Bluebird Distilling, an award-winning, grain-to-glass distillery in Phoenixville.

“We are thrilled to be expanding in 2023 with the addition of our second Char & Stave location and I can’t wait to give people just a taste of what is to come!” said Jared Adkins, founder and owner of Char & Stave and Bluebird Distilling.

Adkins says Char and Stave is best described as “coffee made by whiskey people.”

Adkins uses a process for roasting and preparing coffee beans that is similar to the aging process of Bluebird Distilling’s brown spirits. He roasts the coffee beans at the Phoenixville distillery.

Bluebird Distilling is a craft distillery that produces small batch whiskies, including a limited release wheat whiskey, four grain bourbon, rye whiskey, and white rye whiskey as well as spirits such as gin, vodka and rum.

Adkins began his career in craft brewing, and previously held management positions in craft brewing and bottling for local and national beer companies prior to founding Bluebird Distilling in June 2015.