When it became clear that Kenney’s “Rebuild” initiative didn’t intend to split spending equally among city council’s 10 districts and that hers would be getting $31 million while some others would get closer to $60 million, Bass raised complaints. 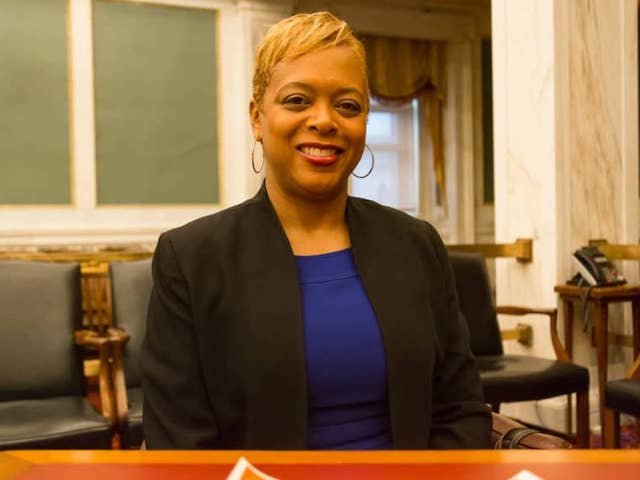 When Mayor Jim Kenney first announced his signature plan to spend $425 million in soda tax revenues on refurbishing city parks, libraries and recreation centers, Councilmember Cindy Bass was fully on board. At that number, she reasoned, it would make sense for each council district to get about $42 million - money that her district's facilities certainly needed.

But when it became clear that Kenney’s “Rebuild” initiative didn’t intend to split spending equally among city council’s 10 districts and that hers would be getting $31 million while some others would get closer to $60 million, she raised complaints.

And last week, five years after she voted with the majority on City Council to approve the program, she used her power as chair of the city’s Parks, Recreation and Cultural Affairs Committee to turn her complaint into an ultimatum. On Tuesday, June 14, she refused to hold a vote on a resolution approving Rebuild’s Project Statement, something the administration needs in order to continue spending on projects during the next fiscal year, which starts July 1.

It’s a move that threatens to bring a large number of ongoing projects to a grinding halt, Kenney said.

“This allocation is totally unfair, and inappropriate,” Bass told the Local, pointing to rising crime rates in her district - which include parts of Germantown and Nicetown as well as Mt. Airy and Chestnut Hill. “To suggest that we should be happy with $31 million, and that we don’t have just as much need as these other neighborhoods do is absurd.”

Bass said she’s hoping that Kenny comes up with “a spending plan that’s equitable” by the time her committee meets again on Tuesday, June 21. The final City Council session before the summer break is two days later on Thursday, June 23.

As of press time on Tuesday morning, neither Kenney nor Bass appeared to be giving in.

“Not only will progress to lifesaving improvements stop in neighborhoods across the city, hundreds of construction workers, architects and designers will be forced to suspend all activity, costing countless jobs and creating financial instability for these businesses,” Kenney wrote in a formal June 16 letter to Bass, which he copied to all other members of City Council. “This will negatively affect Black, brown and women owned businesses, as 62 percent of Rebuild’s professional service and construction contracts are with minority and women owned businesses.”

She said that Council approved the full list of 72 Rebuild sites that would benefit when the program began, and that a sudden stop now would actually cost money.

“If we don’t get the approval we are really up against the limit,” said Raymond Smeriglio, chief of staff for Rebuild. “In a couple of weeks we’ll be hitting that maximum spend, and would have to halt all spending.”

In response, Bass told the Local that nobody should be acting surprised by her refusal to let the program move forward.

“I have been asking these questions since the inception of this program,” Bass told the Local last week. “Now we are at the point where they came before us with a project statement. And we are taking the opportunity to inquire about the status of the allocations.”

According to Smeriglio, they realized early in the program that many of the city’s 406 parks and recreation centers were in such bad shape that $425 million wasn’t going to be enough to make all the necessary improvements.

“We knew we were going to need to prioritize, so we took a data-informed approach. We looked at crime data, health indicators, and poverty levels - using a really strong equity lens,” he said.

That meant funding wasn’t going to be shared equally among the 10 council districts, he said.

But since there isn't enough money to fund everything that needs doing, he said, they try to help council members find money for projects that aren’t on the Rebuild list.

“It is not unique for council members to want and need additional funding,” he said. “We work really collaboratively to identify other ways to raise money.”

Bass said that councilmembers, who are the city’s elected representatives, should be deciding how that investment is allocated - not Rebuild staff.

She said she’s also not the only council member who doesn’t want to “just rubber stamp” spending decisions - but did not say which council members agreed with her.

“This is the total reason why we structured it this way, such that the plan would have to come through council committee for approval,” she said. “We wanted to be able to check in and ask questions along the way.”

According to Bass, she did speak with Tumar Alexander, the city’s managing director, to see if they could find a resolution.

“He said they would ‘hopefully’ be able to help us find additional funding,” she said. “I’ve been around politics long enough to know what that means. I’m not interested in ‘hopefully.’ I need something concrete.”

Bass said her district has a long list of facilities that need repair - including the Water Tower Recreation Center, which is located in Chestnut Hill, and the Happy Hollow Recreation Center in Germantown.

“When you look at our needs, we are just as competitive on that front as these other districts are,” she said.

The Morris Estates Recreation Center in West Oak Lane is a particularly good example, she said.

“The day that we arrived to tour that facility, the second and third floors of the building were closed because they were unsafe, and they had just finished the 20th patch job on the roof - there had been a hole so large you could see into the sky,” she said.