'Battles of Germantown': addressing the past honestly

History belongs to the victors, Winston Churchill said, referring to what is recorded in books, enshrined in museums and commemorated with parades — at best, an incomplete version of events. In …

'Battles of Germantown': addressing the past honestly 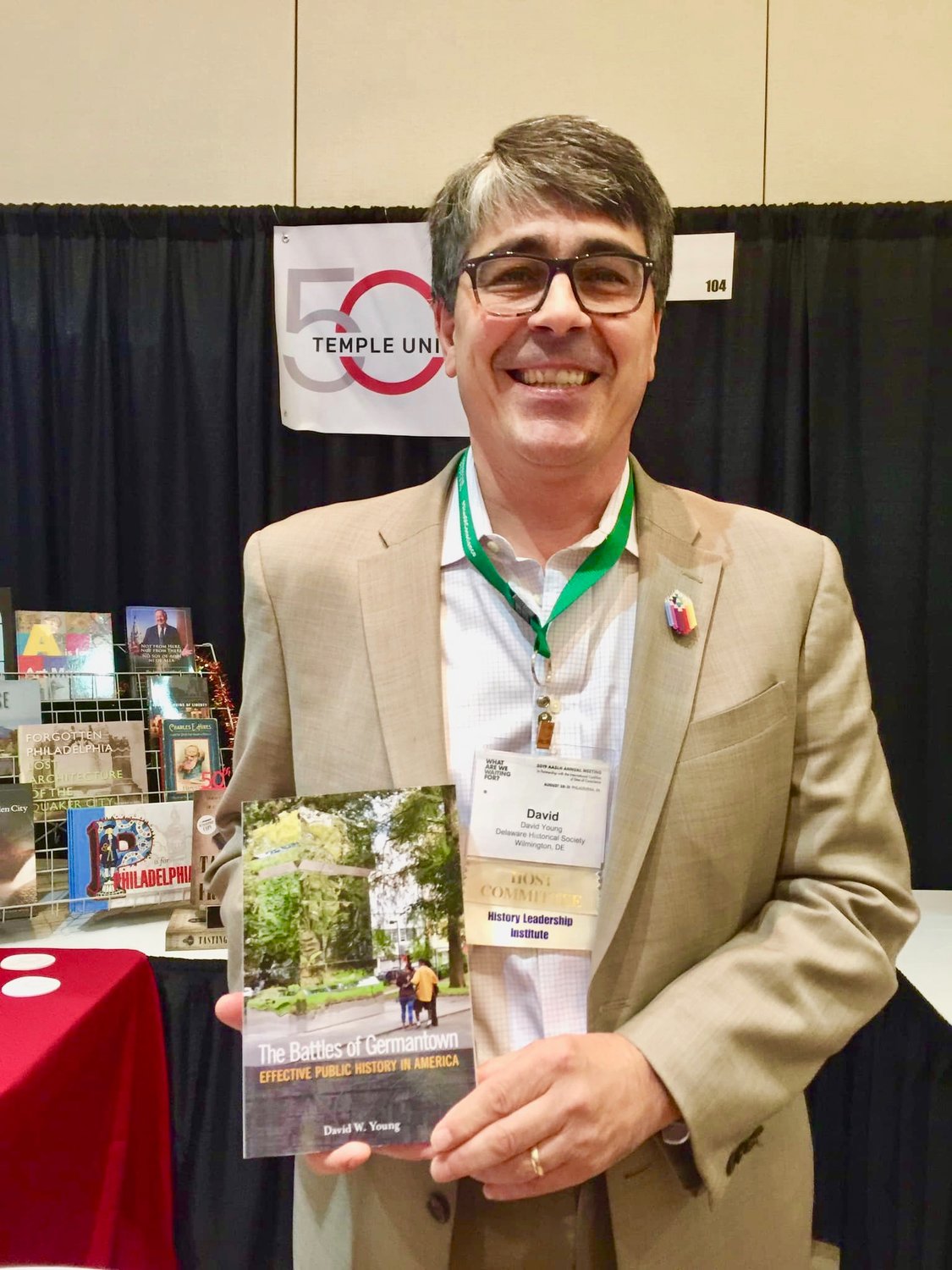 History belongs to the victors, Winston Churchill said, referring to what is recorded in books, enshrined in museums and commemorated with parades — at best, an incomplete version of events. In “The Battles of Germantown: Effective Public History in America” (Temple University Press.), David W. Young explains the challenge of transforming “history” into history, drawing on his experience directing two Germantown historic sites as they replaced idealized accounts with more inclusive narratives.

Now executive director of Delaware Historical Society, Young spent the early 2000s at Johnson House in Germantown and then Cliveden in Mt. Airy, as sites everywhere were concerned about attendance and funding. There was growing awareness that museums’ traditional perspective was skewed, favoring white, upper-class sensibilities and skirting unpleasant facts, such as Cliveden’s connection to slavery, information that was known long before it was included in public tours.

“Public history depends on citizens trying to see themselves in larger cultural narratives,” Young writes. To connect with increasingly diverse audiences, sites had to frankly address the past. That’s a complicated assignment in a neighborhood with 16 independent historic sites, including seven National Historic Landmarks and constituencies that include staff, boards, community groups, politicians, historians and educators. “The Battles of Germantown” chronicles how they came together and what they accomplished.

Germantown existed for almost two centuries before becoming part of Philadelphia in 1854, an absorption that made citizens cling to the section’s distinct identity. In 1777, the section was the site of an important Revolutionary War battle in which fierce fighting took place at Cliveden, the home of Pennsylvania chief justice and attorney general Benjamin Chew. The Battle of Germantown is reenacted there on the first Saturday of each October (except this year because of the pandemic).

Germantown’s pride in its Revolutionary past was reinforced by a specious tale involving John D. Rockefeller, who invested millions to recreate an 18th-century town in Williamsburg, Virginia. Rockefeller had tenuous ties to Germantown, and the myth grew that he had originally considered constructing his town here, a belief that for decades led Germantown to promote its colonial history above all other periods.

There’s more history in Germantown than most realize, Young says. That abundance, added to the narrow focus on one era, meant a lot was overlooked, including the Johnson House, which in the 1850s was a station on the Underground Railroad. It was not until the 1980s that research confirmed its important role in sheltering people fleeing slavery.

Despite having a population that is about three-quarters African American (according to data from 2010), Germantown’s story of African American struggle, which unfolded over three centuries, is still making its way into public consciousness. Incorporating that perspective into Germantown’s public history is a major theme of the book.

According to Young, enslaved people made up six percent of Philadelphia’s population in 1780. Enslaved and indentured servants worked at several Chew family properties, including Cliveden. One of those enslaved was Sarah, the mother of Richard Allen, abolitionist-founder of the African Methodist Episcopal Church, who was born at Cliveden.

The roots of abolition and civil rights in Germantown are just as deep as its history of enslavement, most notably in the activity of the Johnsons but also in Germantown’s Quaker community, which drafted an anti-slavery document within five years of the township’s 1683 founding. In 1928, the neighborhood hosted Negro Achievement Week to highlight African American cultural contributions, foreshadowing Black History Month. And in 1967, students at Germantown High School walked out of class to demand that African American history be included in their curriculum.

Young became director of Johnson House in 2004, amid growing recognition that Black Americans were not seeing themselves represented in the telling of U.S. history. The board at Johnson House resolved with Young “to remedy that lack by expanding what was considered ‘historic’ in Germantown beyond the traditional focus on colonial and Revolutionary War history.” Young continued that mission at Cliveden when he became its director in 2006.

To establish what Young calls a community of memory, sites reached out to underrepresented groups, cultivating relationships and initiating difficult conversations. An initiative called Germantown Speaks enlisted high-school students to conduct oral interviews with elders. Besides capturing recollections of a better cross-section of people, the undertaking connected generations and created a video archive for the community.

It is clear from “The Battles of Germantown” that chronicling public history requires humility and diligence: humility to recognize that what is known is never all there is to know, and the diligence to keep asking questions.

This article is being reprinted, with permission, from The Broad Street Review. Pamela Forsythe is a local freelance writer for several area publications and websites.