Begin 2021 with warm, witty and funny "The Diary of a Bookseller"

I can't think of a more charming and endearing way to start the book-reading year than to recommend Shaun Bythell's "The Diary of a Bookseller" (2018) to you.

Begin 2021 with warm, witty and funny "The Diary of a Bookseller" 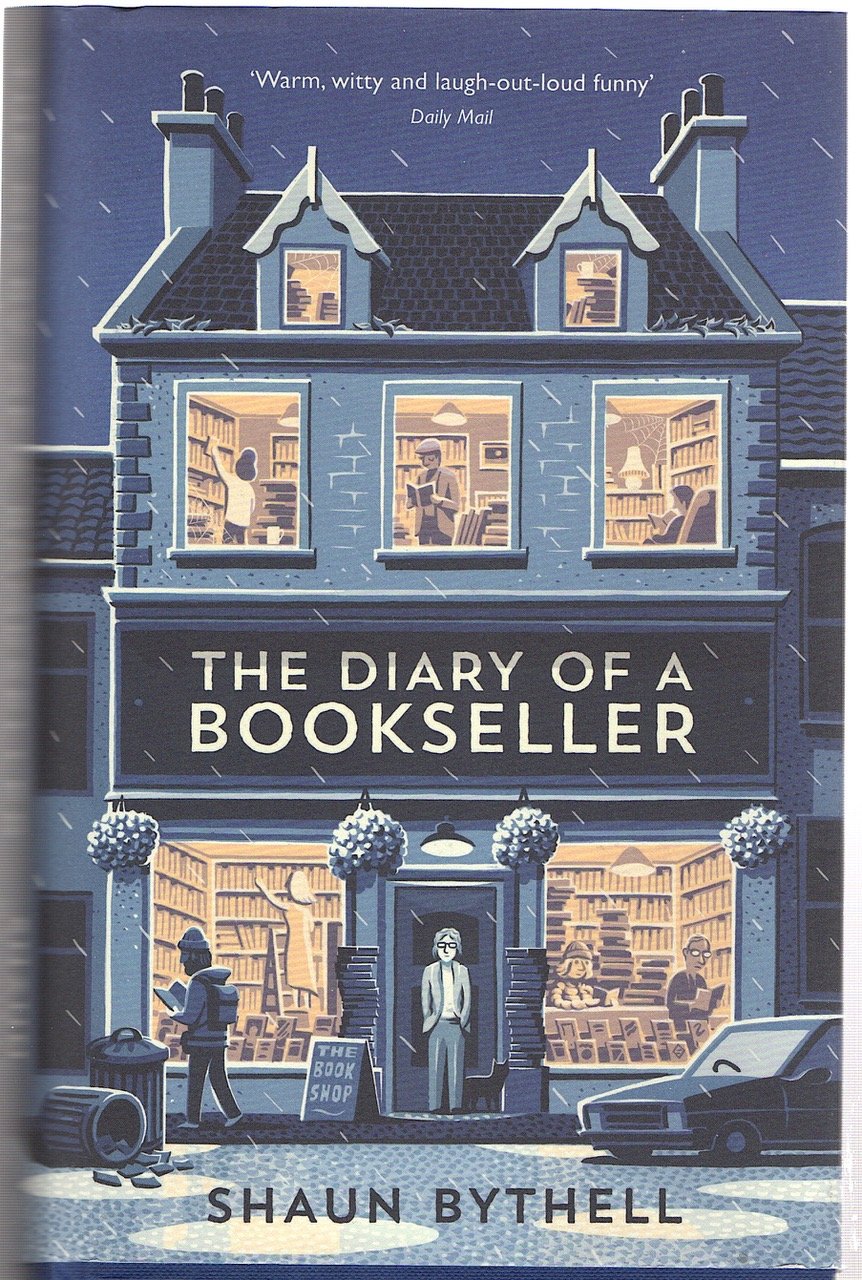 I can't think of a more charming and endearing way to start the book-reading year than to recommend Shaun Bythell's "The Diary of a Bookseller" (2018) to you. Chances are, if you enjoy reading columns such as this, you not only enjoy reading books, but also enjoy reading about books. There are plenty of bookseller's memoirs out there, but I don't think I've ever seen one that literally describes life in the shop, the staff, the customers, the small town, the comings and goings of the human pageant, in such a literally daily manner. I found his "Diary" to be thoroughly calming, engaging and steady. I had to tear myself away from it and hurried to get back to it every day. I so much regretted finishing, I started over.

Essentially the book tells the day in and day out happenings in The Bookshop – "The second largest bookshop in Scotland," in Wigtown, Galloway, Scotland. As happened in Hay

-on-Wye, Wales, the Wigtown Bookshops were developed to save the town's economy by making a small town a destination place for book lovers.

The owner is a genial, ginger-haired middle-aged man who knows his books, their values and histories, and is really quite pleasant. The staff who surround him are a world unto themselves. Shaun's mainstay is Nicki, a Jehovah's Witness who insists on shelving Darwin books in the fiction section and consistently makes fun of her boss on the shop' Facebook page. Then there's Anna (his protective name for Jessica Fox, author of "Three Things You Need to Know about Rockets"), who escaped California life for the chance to live in the quietly sane, though terribly eccentric, world of Wigtown. After a while she and Shaun become paramours, though never in way that would justify such a romantic word as "paramours." Captain, the obese shop cat, walks though in occasional cameo roles.

Every day the shop is assailed by tourists asking nonsensical questions, bargainers with suspicious brow raises, and plenty of persons bringing in shopping bags, or laundry tubs, of books they wish to sell. Shaun captures the highlights of these brief exchanges with great, understated charm and wit.

He's never afraid to share his insider's take on the books brought to him. If they're worthless he says why and if they have value he explains why. His depth of knowledge about books is quite impressive. Along the way he talks about books he's really enjoyed. Or books that parallel the immediate circumstances he's living under. I highlighted quite a few book titles I felt I'd like to read some day.

Each day's log begins with an entry such as: "Internet Books Ordered = 5; Found = 3." To survive, he must reach a wider audience than his small town in southwest Scotland, so he's on the Internet constantly. Like most merchants whose Internet stock is also on the shelves and open to browsers, his Internet stock is always disappearing, mostly displaced by browsers who never seem to return what they touch.

Each day’s vignettes close with something like: "Sales: 14; Till £18." I’ve never seen a bookseller do that, tell the tale of the till, but I really enjoyed it. Much more customary in booksellers' memoirs are stories of the big scores – the great, prestigious rare books that sell for thousands. But then, that’s another charm of this book. It tells the honest tale of how hard it is to make a living in the resale trade. A lot of singles and an occasional double or triple.

As the days go by, so do the weeks. And the seasons. People change. Even Shaun has his moods. A chimney falls and destroys a neighboring roof. The water closet needs repair. The town council takes forever to approve a book sculpture Shaun wants to install outside. Shaun and his father go fishing often, a father-son tradition that has always bonded them. His mother comes by and talks his ear off while he is busy. The Wigtown Book Festival is planned for, and the date gets closer, and the pleasure and tensions rise, and then it's here, and everyone's having fun, and reciting, and drinking, and talking, and then it's over and the quiet town returns to being a sweet, off-the-beaten-track place again. Tourists occasionally come by, the locals pop in more often and then the year turns and spring starts to appear again. Just a lovely quiet book.

And, Guess What? I've saved this delightful news for you: There is now a sequel, same format, but a slightly grumpier Shaun, breaking up with Anne. It's called "Confessions of a Bookseller (2020). I bought it immediately for my kindle and it got me through many long Covid-isolation nights last year. And guess what, else? Using Google to get my details straight for this review, I learned that Shaun has signed to do a TV series based on the books. I can't wait to learn more.

Hugh Gilmore has been a seller of used and rare books for nearly 30 years. He works from his Chestnut Hill Home now. His well-remembered shop, Gilmore's Books, ran for 11 years at the intersection of Chestnut Hill Avenue and Bethlehem Pike. Still buying, still selling. Still loving books.