We received a letter recently from Rebecca Choitz of Chestnut Hill, who informed us that the retirement of Gerald P. Leaube, the hairdresser at Gerald Paul, 8316 Germantown Ave., was causing quite a stir among his loyal customers. 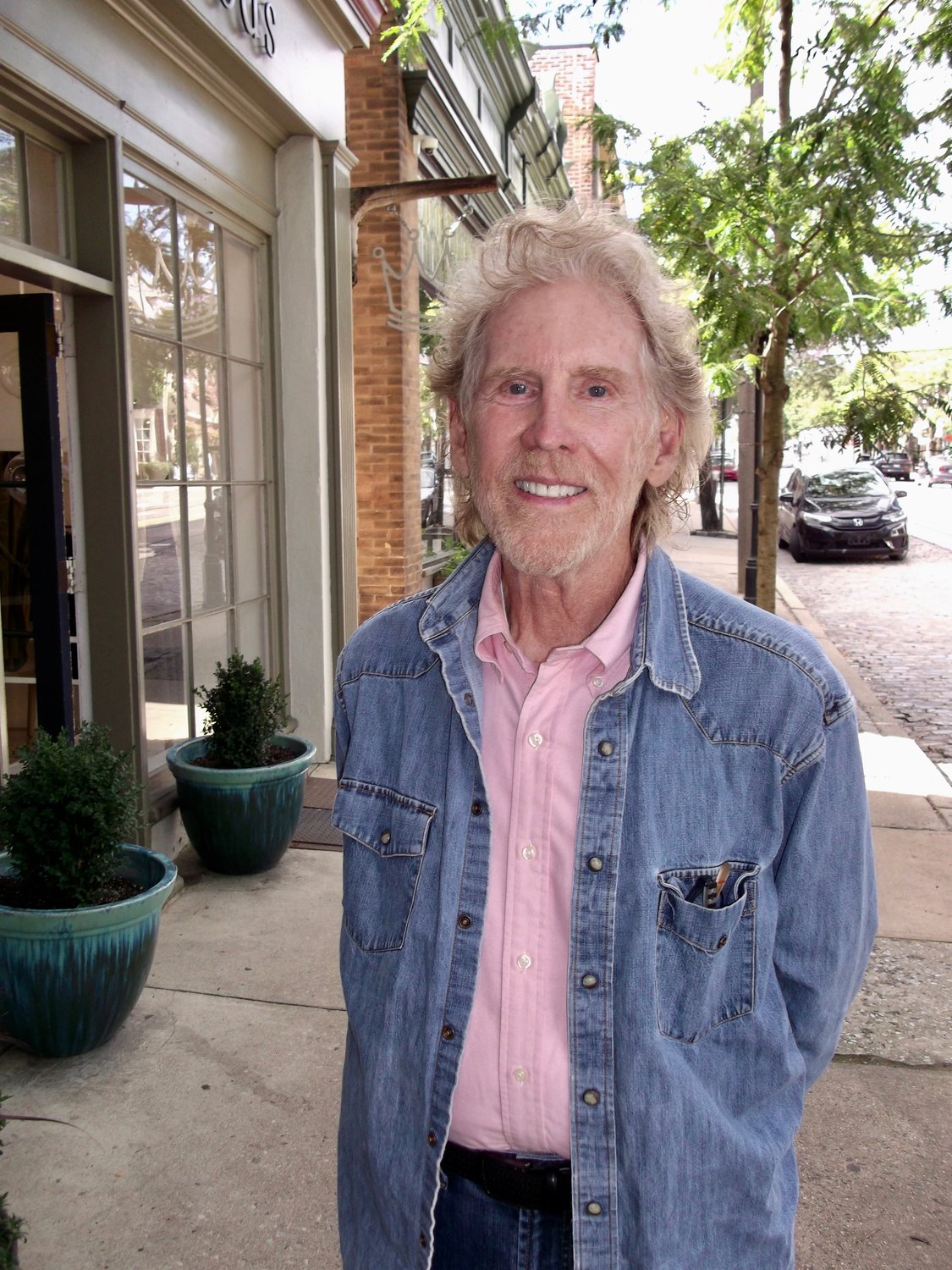 Gerry Leube owned Gerald Paul, 8316 Germantown Ave. He retired in August 2021. Leube, 78, began working in a salon 60 years ago near his family's home at Penn and Magnolia streets in Germantown. He opened his own salon in 1968 in Germantown's Maplewood Mall, where he stayed until 1999. 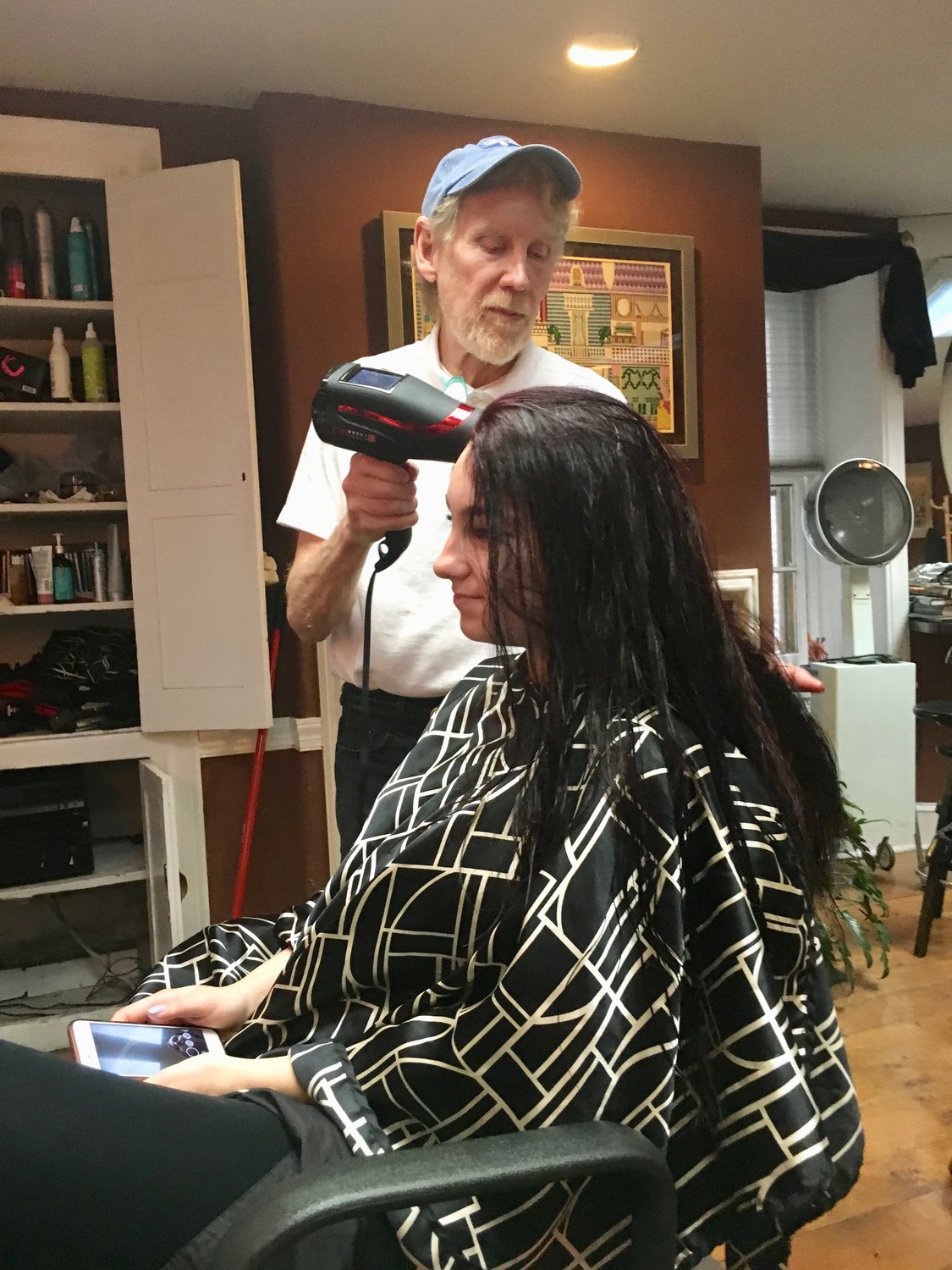 Gerald P. Leube, owner of Gerald Paul, 8316 Germantown Ave., who retired in August after 60 years as a hairdresser and stylist, is seen here styling the hair of his granddaughter, Madison, 22. 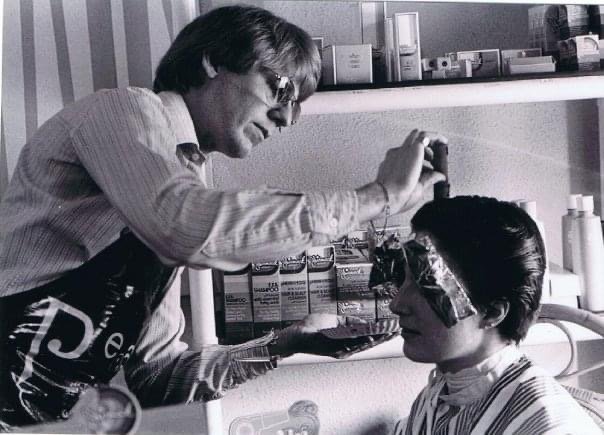 We received a letter recently from Rebecca Choitz of Chestnut Hill, who informed us that the retirement of Gerald P. Leube, the hairdresser at Gerald Paul, 8316 Germantown Ave., was causing quite a stir among his loyal customers.

“Jerry has done the hair of more than one generation of many families,” wrote Choitz, who had been his customer for 35 years. “He has been a very intimate part of the lives of countless women in our community. He has shared our joys as well as our heartbreaks. He has attended our funerals and weddings. He’s permed, cut and colored our hair as styles changed over the years. He's done our hair when we were too sick or embarrassed to go out because we were undergoing chemotherapy. So many of us would love a story about our dear friend.”

How could we possibly say no? Leube, 78, began working in a salon 60 years ago near his family's home at Penn and Magnolia streets in Germantown. He opened his own salon in 1968 in Germantown's Maplewood Mall, where he stayed until 1999.

“I bought the building,” Leube said, “but the neighborhood got less safe, so I began looking for another location. I saw a sale sign at 8316 Germantown, and Sara Steele, the famous artist from Mt. Airy, introduced me to the seller. The building was built in 1797. When I walked in, it felt like home. I said, 'This is it,' and I have loved it all these years. I kept everything the same except for taking down a wall to make the foyer 20 feet wide.”

Leube's Chestnut Hill shop had four chairs in the front room, one in the middle room and two shampoo chairs. He could accommodate four or five customers at a time along with his assistant, Merlene “Merl” Heaven, a native of Jamaica who was his “right hand” for 30 years.

“She really was heaven, like her name,” said Leube. “They do not come any better. My daughter referred to her as her sister. After she left seven years ago, I became a one-man operation. Then eventually the work took its toll on my back and knees. My brother said I would know when it was time to retire, and he was right.”

Leube stopped working on customers in late August and put the building on the market in mid-September, and said he already has a buyer. “I can't say the buyer's name,” he said, “but I can tell you that it will no longer be a hair salon.”

Leube graduated from Germantown High School, after which he spent 1,000 hours at the Regency School of Beauty Culture in Center City, followed by the 500 more hours required for him to get his teacher's license. He has taught the chemistry of hair coloring for major companies like Redken and Zotos, and he studied with hairstyling celebrities like Vidal Sassoon and Paul Mitchell.

“Paul took us to a pub crawl in London. We all wore kilts,” said Leube. “He is a really nice guy. There are many people in this business who are afraid to share secrets with you because they think you might steal their clients. But the people at the top are just the opposite -- generous, nice people … I believe that you get back what you give out. If you are nice to people, they will be nice to you. That is why I have had so many clients for decades.”

Leube also took courses in horticulture over the years at Temple University's Ambler campus and won numerous awards for his decorations in front of the salon, which were different every year. He has a greenhouse and garden in back of his house in Glenside, where he has lived for 46 years.

“I thought I'd just be there for a short time, but I have met so many wonderful neighbors,” he said. “I give plants to them. Sharing is caring. We used to have a ritual where we would go to someone else's garden every Friday night.”

Leube, who is proud of his Scottish heritage, is also a passionate dog lover who has had Golden Retrievers, a Boxer and a Shar-Pei, and currently has a 2-year-old Australian Shepherd named Dakota.

The new retiree has one brother, Joe, a resident of East Falls who is three years older. “Growing up, we fought like cats and dogs, but now we do everything together.”

Ed. Note: This is corrected from an earlier edition, where his named was spelled Leaube.