Christopher Collins has been creating statues that appear all over the country. 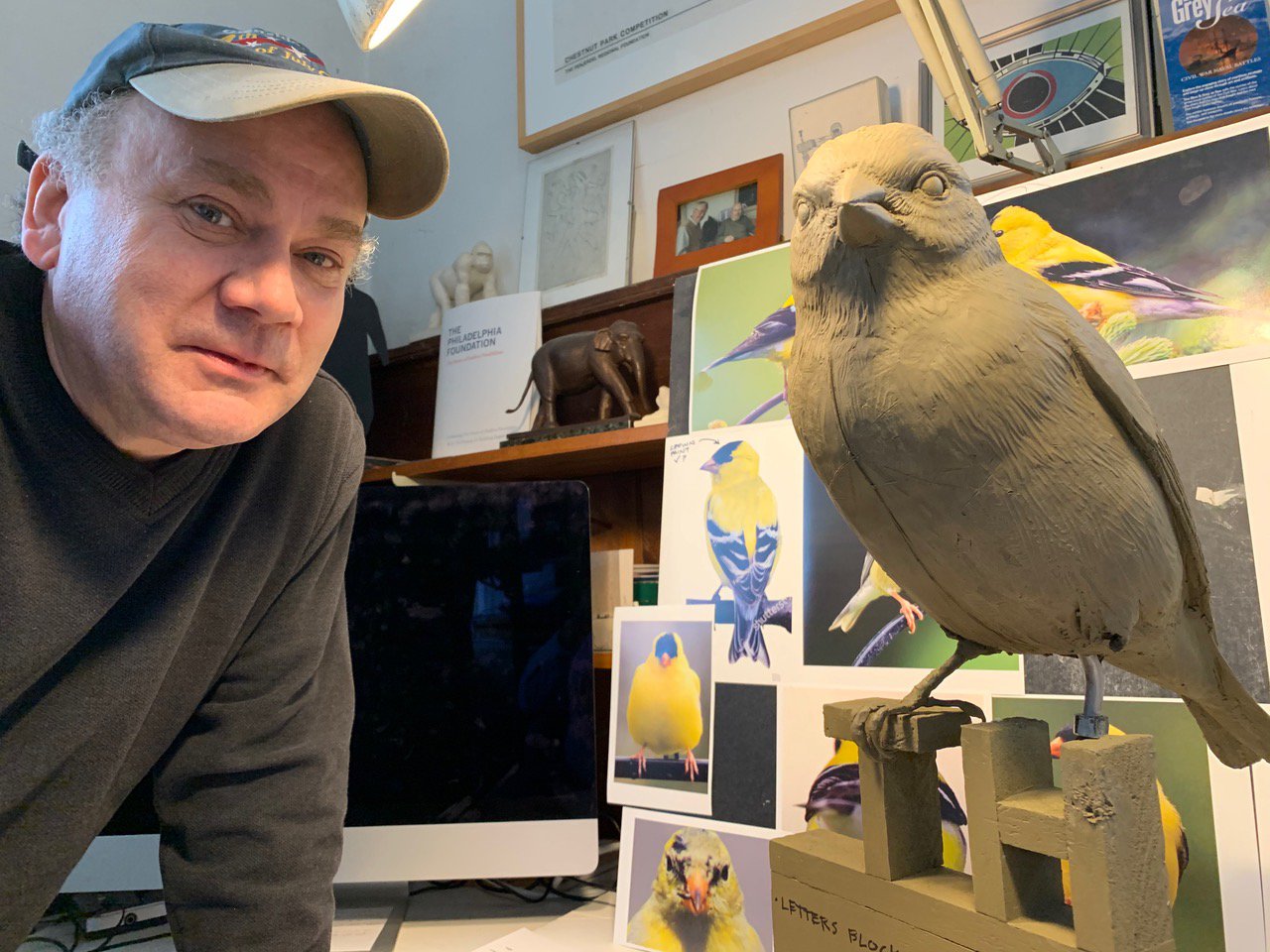 Collins, seen here in his studio, has created many major sculptures around the country, such as the Little Bighorn Battlefield National Monument's “Spirit Warrior” sculpture at the site in Montana of the legendary battle. 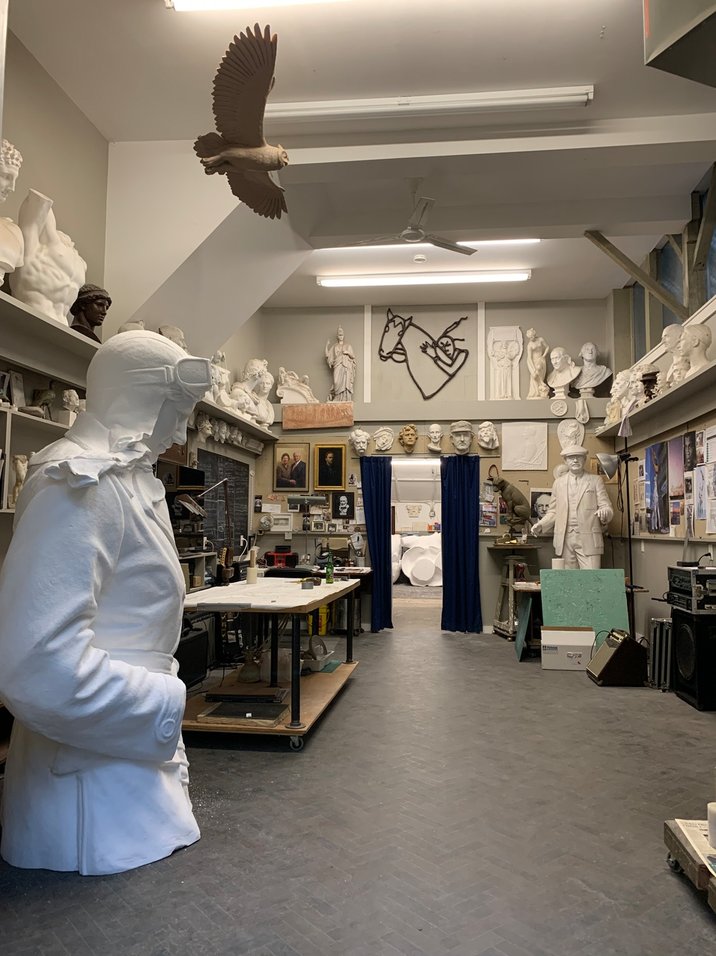 Collins has created a 10-foot Carrara marble sculpture of trial lawyer Thomas Kline for the Drexel University School of Law at 13th and Chestnut streets.
Previous Next
Posted Wednesday, October 27, 2021 6:00 am
by Len Lear

Edge Hill Castle in Glenside, which got its name from its close proximity to Edge Hill Road, where a Revolutionary War battle was fought, was built by William Thompson Russell Smith in 1854. When you drive by it, you feel as if you are being transported back to the Middle Ages or to a movie about King Arthur and Lady Guinevere.

It is said that Smith's ancestors served as caretakers at Scotland's Rosslyn Castle for nearly 200 years, and his father was born there. So when Smith built his Glenside mansion, he modeled it after his family’s ancestral home. After housing three generations of the Smith family, the castle in Glenside, which reportedly has original suits of armor lined up against the walls, was sold in 1953 and since then has been used as a private residence.

For the last 21 years, it also has been ground zero for an amazing body of work by Christopher Collins, a 54-year-old sculptor who has been creating statues that appear all over the country out of this studio.

One of Collins' most dramatic public commissions is the Little Bighorn Battlefield National Monument's “Spirit Warrior” sculpture, commissioned by the National Park Service, at the site in Montana of the legendary battle that commemorates the Native Americans who died there defending themselves against Gen. George Custer.

“He is a wonderful artist and individual,” said Chestnut Hill artist Kathy Winter, who has been a family friend since 1961. Collins worked with Kathy's late husband, Joe Winter, also a sculptor who is known for his charming polar bears statue in the Delancey Three Bears Park at 3rd and Delancey Street in Center City.

Collins was born and raised at 27 E. Gowen Ave. in Mt. Airy. He went to La Salle College High School and received his BFA degree in 1988 from the School of Visual Arts in New York, working thereafter in various studios in Philadelphia, New York and Boston.

Other stunning examples of Collins' work include the eight-foot, full-figure bronze statue of Muhammad Ali and Joe Frazier's “Fight of the Century,” now at Joe Hand Promotions and boxing gym in North Philadelphia; a large bronze portrait relief of George Washington and other ornamental works made for the renovation of the lobby of the Washington Monument; and a 10-foot portrait sculpture of golf course architect Donald Ross for the Union League of Philadelphia.

Collins also has created a 10-foot Carrara marble sculpture of trial lawyer Thomas Kline for the Drexel University School of Law at 13th and Chestnut streets. “Amazingly enough,” said Collins, “I managed to find the Nicola Stagetti Studio in Pietrasanta, Italy, a fourth-generation master marble carver, for this work. In the end, the reproduction of my original plaster model came out beautifully. I was required to go to Pietrasanta, Italy, twice in order to finish the carving. The very difficult part was the stress of meeting deadlines without sacrificing quality.

“I enjoyed working on this one the most because it was marble, and I was able to go to Italy twice with my wife in order to finish the carving. It was a sculptor’s dream come true.”

“Continuing the tradition,” Collins said, “I often work together on projects with my older brother and sculptor Joe Winter Jr. At the moment all three of us are working together on a sculpture project of 10 large cast stone playground animals for the New York Housing Authority in Red Hook, Brooklyn. Very similar to the Three Bears.”

What person has had the greatest impact on Collins' work? “Walker Hancock. He was considered the dean of American figurative sculpture when I met him in 1993. His most famous work is the World War II monument of the 'Angel and Fallen Soldier' at the 30th Street Station … He was head of [the Pennsylvania Academy of the Fine Arts] sculpture department for 40 years, so his teaching ability was unmatched, and what he taught me was invaluable.”

For more information, visit collinsstudio.com. Len Lear can be reached at lenlear@chestnuthilllocal.com