Carol von Stade 64, of Philadelphia, PA died on July 7, 2019 after a courageous 3 year battle with breast cancer. The daughter of Frederick H. von Stade and Carolyn Carrier, Carol grew up in … 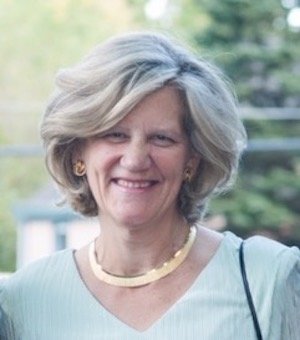 Carol von Stade 64, of Philadelphia, PA died on July 7, 2019 after a courageous 3 year battle with breast cancer. The daughter of Frederick H. von Stade and Carolyn Carrier, Carol grew up in Columbus, Ohio and Lexington, Kentucky. She was a graduate of The Madeira School, UNC at Chapel Hill and UVA where she earned a Masters in English. Her career began as a teacher at The University Liggett School in Grosse Point, MI followed by 25 years in development positions within the non-profit world including St. Christopher’s Hospital for Children, Springside School, Woodmere Art Museum and Wills Eye Hospital in Philadelphia and Northwestern University Medical School in Chicago. She also raised funds for the Alliance for Children Foundation, an international adoption agency. Despite her distinguished career, Carol’s number one priority was spending time with her family and friends. She will always be remembered for her indomitable spirit, her contagious and positive life perspective, her remarkable energy and her commitment to live life to its fullest. Carol is survived by her father, Fred, two daughters, Perry and Reade, three sisters, Dudley Mason, Francie Downing and Melissa von Stade as well as 7 nieces and nephews. Memorial services will be held on August 10, 2019 in Northport Point, Michigan and in October in New York City. Contributions in Carol’s memory may be made to the Breast Cancer Research Foundation (www.bcrf.org) or the Alliance for Children, 292 Reservoir St., Needham, MA 02494.