Jace Gaffney, whom some localites will remember from his days at Caruso’s Food Market, which was in Chestnut Hill for 100 years, is the author of an intriguing new memoir, “The Trap of … 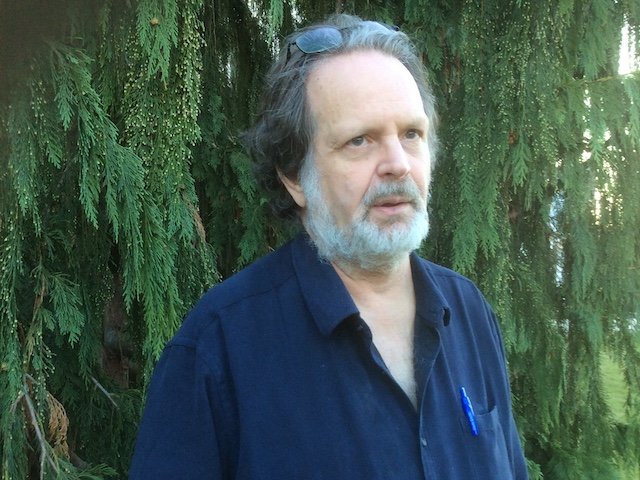 Jace Gaffney, whom some localites will remember from his days at Caruso’s Food Market, which was in Chestnut Hill for 100 years, is the author of an intriguing new memoir, “The Trap of Love.”[/caption]

Jace Gaffney, 66, delivers prose the way Jove delivered thunderbolts. His writing has more texture than a braille phone book. Many readers assume that a self-published book cannot possibly have the depth and quality of one that is produced by a traditional publishing firm. He and a few other local self-published authors whose books I have read prove, to quote George Gershwin, “It ain't necessarily so.”

“Now, the thing you have to understand about Hilarie's bathroom,” Gaffney writes in “The Trap of Love,” his just-published memoir, “is that it was a booby-trapped minefield of every possible 'article de toilette' known to mankind. I never saw such a collection in all my life of so many glass objects in such a relatively small space. And there were hand mirrors, tweezers and an odd, handy scraping device hung ominously by the side of the sink. There were five or six exotic face powders, coconut oils and applicators. Applicators for orifices I didn't know existed.”

A Cheltenham native and graduate of St. Joseph's Prep (where his father taught mathematics for over 30 years) and St. Joseph's College (now University) in 1975, Gaffney worked in Chestnut Hill from 1988 to 2008, where his uncle, Luke Marano, helped run Caruso's Market (where Weavers Way is now), which closed in September of 2008 after 100 years in business.

“I believe the last year I worked at Caruso’s,” Gaffney said last week, “I was a lowly clerk and stock boy in charge of dairy. Then I made money driving the 'grande dames' of Chestnut Hill to their various appointments, a kind of Uber-before-its-time part-time free agent chauffeur. Then as driver and overall factotum, I became a steady employee around 2005 of Genevieve Whitford, who was the mother of Bradley Whitford (TV and movie star and political activist). Gen was not just a Chestnut Hill 'grande dame' but a poet and a truly wise and wonderful lady. She left Chestnut Hill and Hill House to live with Brad in California in 2009.”

Gaffney has always been a movie buff and writer. He acted in and was script consultant on a handful of independent films in New York and Philadelphia. He wrote briefly for the Village Voice and the St. Joseph's College "Hawk" and for the Chestnut Hill Local about authors and books he liked such as James Salter, Pauline Kael and Henry Miller. Many conversations with him in the '90s wound up with a discussion of some little-known foreign film.

Gaffney also worked for The New York Times in the subscription department (as chronicled in “The Trap of Love”) and was personal secretary to Allen Dulles, Jr., a diplomat who became the first civilian director of the CIA. He left Chestnut Hill “to move to the country (near Allentown), a more rustic environment to focus on what I considered to be more serious writing.”

Gaffney is also the author of “PostMortem Effects,” an examination of talking pictures from 1930 to 1969. “It steals quite liberally from D.H. Lawrence. who in his book, 'Studies in Classic American Literature,' fleshes out the thesis that America is a nation that suffers from a romantic 'split consciousness' ... The romance of Walt Whitman's 'Open Road' is the short form of expressing this.

“I wanted to show how this seminal insight is reflected in the best and worst of American Cinema during its richest, most artistically important period. I shopped the manuscript around, but I couldn't find a house that believed anybody would be interested in such a topic. Ironic because the split-consciousness of the country in the form of the populism of Trump, as we now see, has hit critical mass.”

Another thing Gaffney wrote that he considers worthwhile but that has yet to see the light of day is a movie script called "The Saddest Story," an adaptation of Ford Madox Ford's “The Good Soldier.” According to the film buff, prominent Hollywood director John Boorman “liked it, but John can't get anything financed these days because he's now well past 85. Pauline Kael was annoyed that I didn't fight harder to get it done.”

“The closest I ever got to one was watching a 'Dick Van Dyke Show' where Laura gets nearly ravaged by a pretentious British creative writing teacher played hilariously by Bernard Fox.”

And on writing, Gaffney's favorite quote is this one from E.L Doctorow: "Writing is like driving at night in the fog. You can only see as far as your headlights, but you make the whole trip that way."

Lastly, Gaffney said he wants to be sure to express his gratitude to “a local legend, the brilliant historian, Dr. John Lukacs, whom I knew personally, loved as a father and told me that at some point my voice would be heard on the printed page. Unfortunately, I commit the sin routinely of taking his encouragement for granted and not mentioning my eternal gratitude to his enormous generosity to me.”

“The Trap of Love” is available on Amazon, Barnes & Noble and in Kindle and e-Book format. Len Lear can be reached at lenlear@chestnuthilllocal.com