As families around the world lit candles last week to observe Kwanzaa, one Philadelphia nonprofit carried out a mission to incorporate the holiday’s principles into its work in 2023. 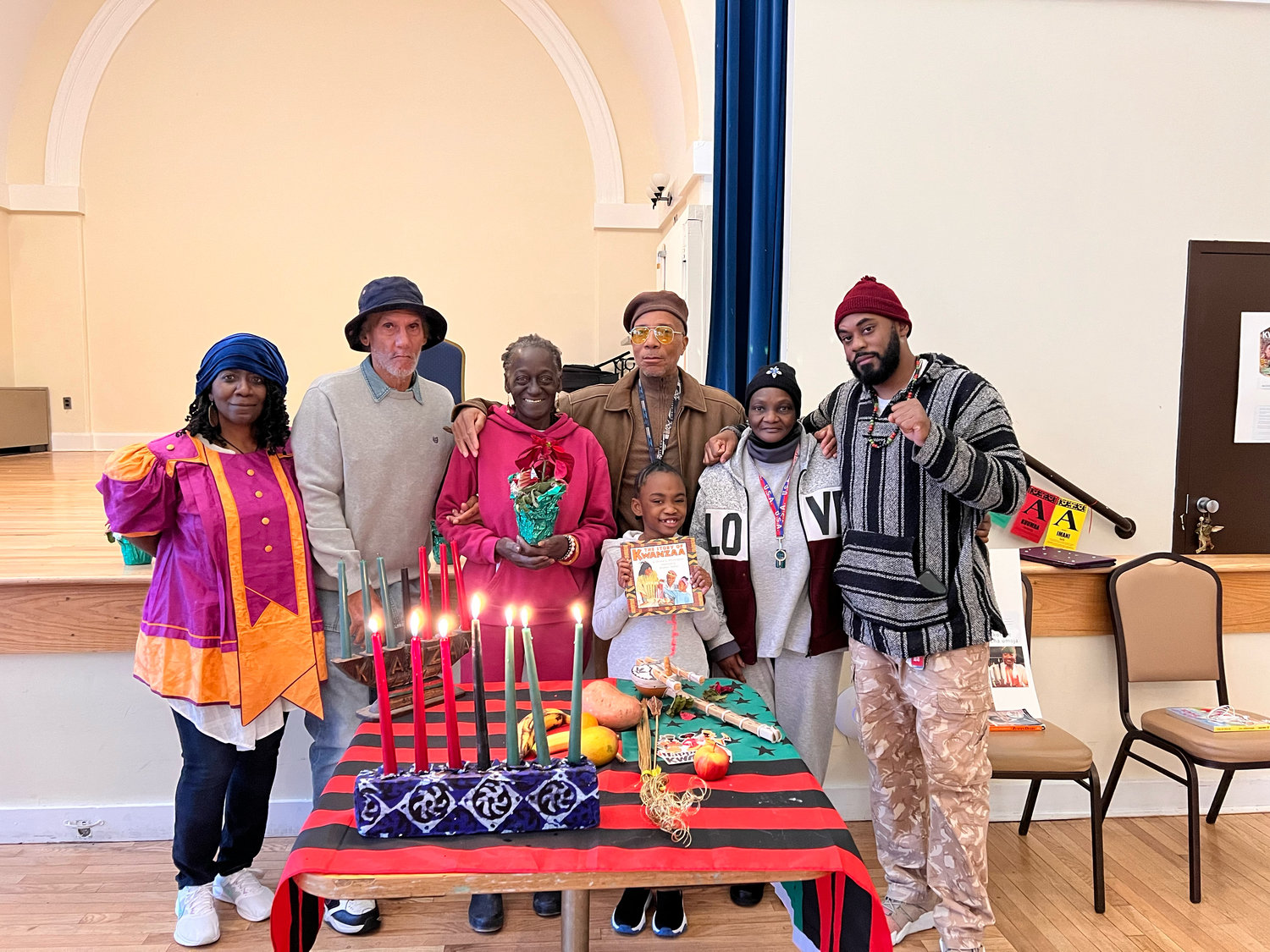 Celebrants at the Aging People in Prison Human Rights Campaign’s Kwanzaa observance, prepare for the holiday at Center in the Park in Germantown.
Posted Thursday, January 5, 2023 12:00 am
by Kiara Santos

As families around the world lit candles last week to observe Kwanzaa, a seven-day festival that celebrates African and African American history and culture, one Philadelphia nonprofit carried out a mission that will incorporate the holiday’s principles into its work in 2023.

Themes such as collective responsibility, unity and purpose are intricately woven into the mission of Aging People in Prison Human Rights Campaign, which hosted its first Kwanzaa observance several days before the week-long festival began on Dec. 26.

For Brandon Walker, the organization’s head of information technology, the holiday helps families show the benefits of community service, learn about African and African American culture and history, and, by following and sharing Kwanzaa’s principles, help “embolden the quest of avoiding and ending the conquest of oppression.”

Founded by husband-and-wife team Tomika and Tyrone Shine, the organization has worked for four years to help aging incarcerated people return home and rebuild the communities around them. The group also works to help African-Americans understand and celebrate their heritage and history.

As part of that work, group leaders organized the Kwanzaa celebration at Center in the Park in Germantown last month, where participants lit candles in anticipation of the holiday. The celebration’s three-hour program also included a griot circle, a film showing and discussion, and a children's winter clothes and book drive.

During the griot circle, the group told stories with origins in West Africa, harkening back to the tradition of oral histories being passed down from generation to generation. They also showed the movie “The Black Candle,” which depicts the history of the African-American family and culture. Narrated by activist and author Maya Angelou, the documentary uses Kwanzaa as a channel to celebrate the African-American experience. Finally, the group at Center in the Park blessed the foods symbolically given to ancestors; calling the ancestors out in history and ending with a collective call out of “Ase,” a bold affirmation of agreement.

Kwanzaa is a cultural holiday created in 1966 by Dr. Maulana Karenga, an author, activist, professor and chairman of the Africana Studies department at the California State University, Long Beach. Karenga founded and developed the festival after the historic Watts riots in Los Angeles, using traditional African harvest festivals as a model.

The festival, which gets its name from the Swahili phrase “matunda ya kwanza,” meaning “first fruits,” celebrates seven principles and symbols for the holiday that ended on the first of this year. They include Umoja (Unity);  Kujichagulia (Self-Determination); Ujima (Collective work and responsibility); Ujamaa (Cooperative economics); Nia (Purpose); Kuumba (Creativity) and Imani (Faith).

On each day of holiday, a candle on the red, black and green kinara (candelabra) is lit, representing each of the seven principles.