From late June through August of 1969, the Harlem Cultural Festival was graced by over 30 performances from music legends like Stevie Wonder, Nina Simone, Sly and the Family Stone, B.B. King, Gladys Knight and The Pips and more. 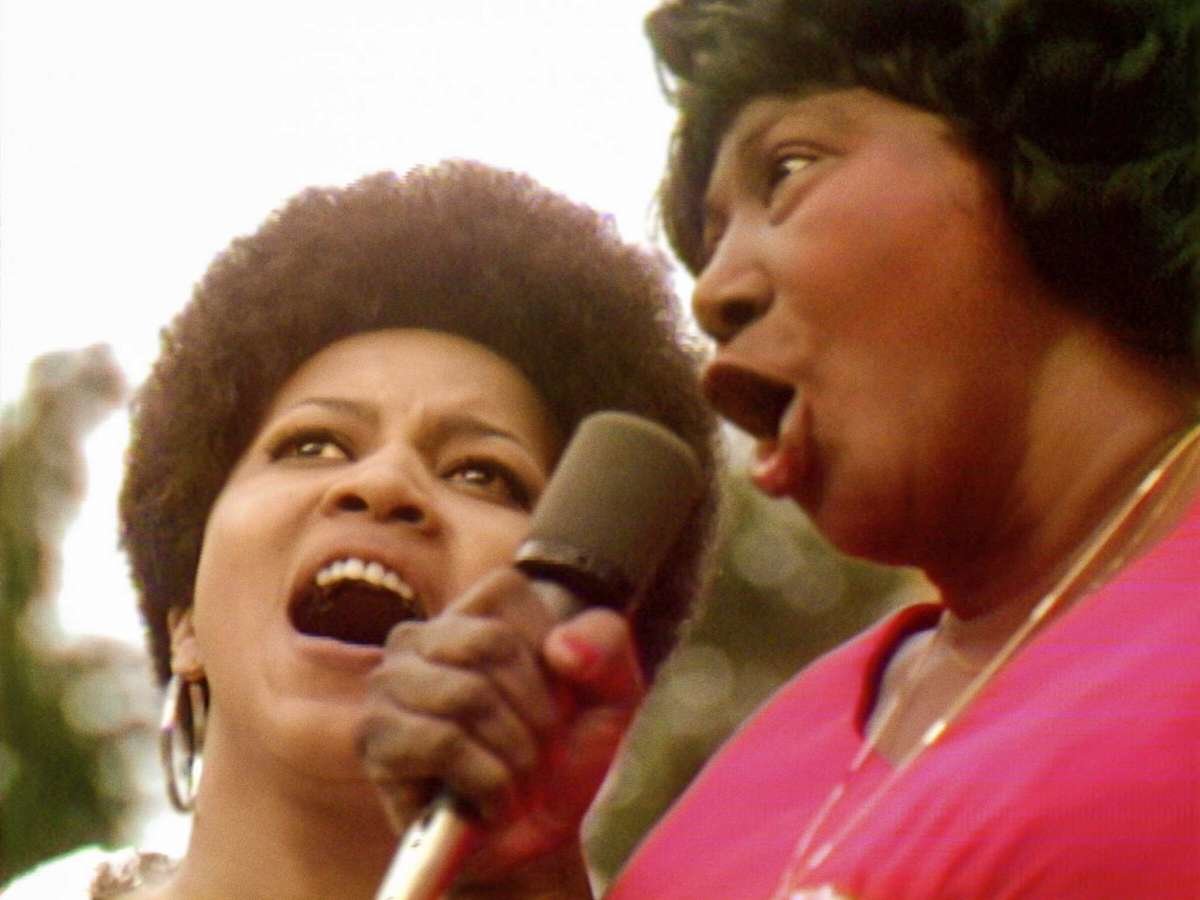 Mavis Staples (left) and the legendary gospel singer Mahalia Jackson are seen in one of the many scintillating moments in “Summer of Soul.” 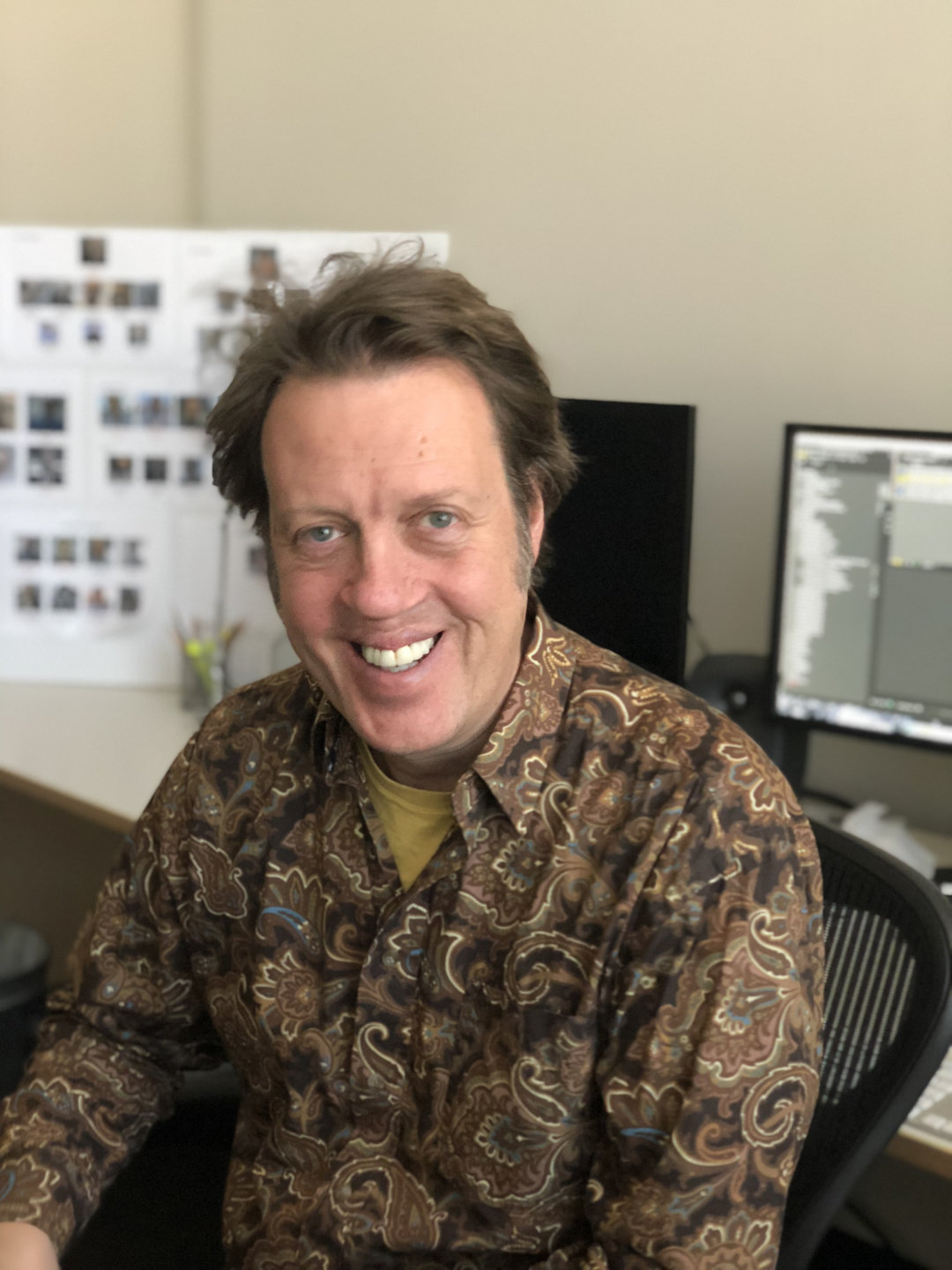 Joshua Pearson, Chestnut Hill Academy Class of 1982, was the film editor for “Summer of Soul,” which won the Sundance Film Festival Grand Jury Prize in January of this year.
Previous Next
Posted Wednesday, September 22, 2021 8:00 am
by Len Lear

The best movie we have seen this year by far is "Summer of Soul," a musical documentary about the 1969 Harlem Cultural Festival, an event sometimes referred to as "Black Woodstock." It took place during the same "Summer of Love" as the far more well-known three-day event in upstate New York. The film features footage that hasn't been seen for more than 50 years. If you check RottenTomatoes.com, you'll see that 187 out of 189 critics nationwide have given it rave reviews.

From late June through August of 1969, the Harlem Cultural Festival was graced by over 30 performances from music legends like Stevie Wonder, Nina Simone, Sly and the Family Stone, B.B. King, Gladys Knight and The Pips and more.

One of the event's producers, Hal Tulchin, filmed over 40 hours of footage from the summer series. Most of it never saw the light of day due to a lack of interest in the festival and sat in boxes inside Tulchin's basement for 50 years – until Questlove Thompson, a Philly guy who leads the Jimmy Fallon Tonight Show house band, the Roots, was tapped to direct the documentary examining the history surrounding the event. Thompson dedicated the film to Tulchin, who died in 2017.

Because we loved the movie with its hurricane of fabulous music and caustic political commentary, I was delighted to learn from a press release that Chestnut Hill Academy alumnus Joshua Pearson, Class of 1982, was the film editor for “Summer of Soul,” which won the Sundance Film Festival Grand Jury Prize in January of this year and is currently streaming on Hulu. It was acquired after Sundance for the highest amount ever paid for a documentary film.

Of course, I was anxious to interview Pearson, 57, a super-nice guy who grew up at 9225 Germantown Ave., across the street from Morris Arboretum and next door to Woodmere Art Gallery. (Pearson was also nominated for an Emmy for Outstanding Picture Editing for Non-Fiction Programming in 2015 for the Emmy-winning documentary, “What Happened, Miss {Nina} Simone?”)

“At CHA,” said Pearson, who now lives in Sleepy Hollow, NY, “I loved art class with the legendary Barbara Crawford. She allowed me to discover what freedom of expression feels like. I am also an artist, painter and musician, and as a kid I loved drawing. Ms. Crawford’s class allowed me and a few other 'basement rats,' as we called our little crew of oddball misfits, freedom to express ourselves in almost any way, shape or form.”

After CHA, Pearson went on to graduate from the prestigious Rhode Island School of Design in 1986, majoring in illustration and design. Pearson and his roommate, Gardner Post, who was in the film/video department, formed a collaborative team in 1987, creating multi-media art installations involving paintings, sculptures and film loops.

They decided to create satirical artwork that parodied the U.S. military buildup in the Reagan years, becoming the “arts and entertainment” wing of the military. They also formed a band called Emergency Broadcast Network, producing electronic music and hip-hop beats. They then pioneered the “syncopated editing” technique, cutting news clips of politicians and news about the first Gulf War to unique beats. Eventually Pearson became a documentary film editor at Radical Media, a company that makes high-profile documentary films and televisions series, and “had to put that style to bed for many years, until 'Summer of Soul.'”

What was Pearson's favorite performance in the film? “I love the 5th Dimension scene because Marylin McCoo and Billy Davis Jr. are as adorable in the present day as they were in 1969. They gave us a lovely, poignant interview, which still chokes me up. I also love the moon landing scene because I used the syncopated editing style from the Emergency Broadcast Network days.”

Many hours of film were of necessity left out of the finished product. What footage was most painful for Pearson to leave out? “Of course, not being able to let certain songs play to their full length was painful, but we really wanted to keep the film under two hours and also include all the crucial social-political commentary.”

Oddly enough, Pearson insists that unlike many Americans, the pandemic “has actually worked out well for me. As I’ve gotten older as an editor, I’ve come to enjoy editing in isolation without distractions; I edited 80% of 'Summer of Soul' at home and will be continuing to work at home for the foreseeable future, which suits me well.”