Last week's basketball action in the College summer league set the stage for the playoff quarterfinals. 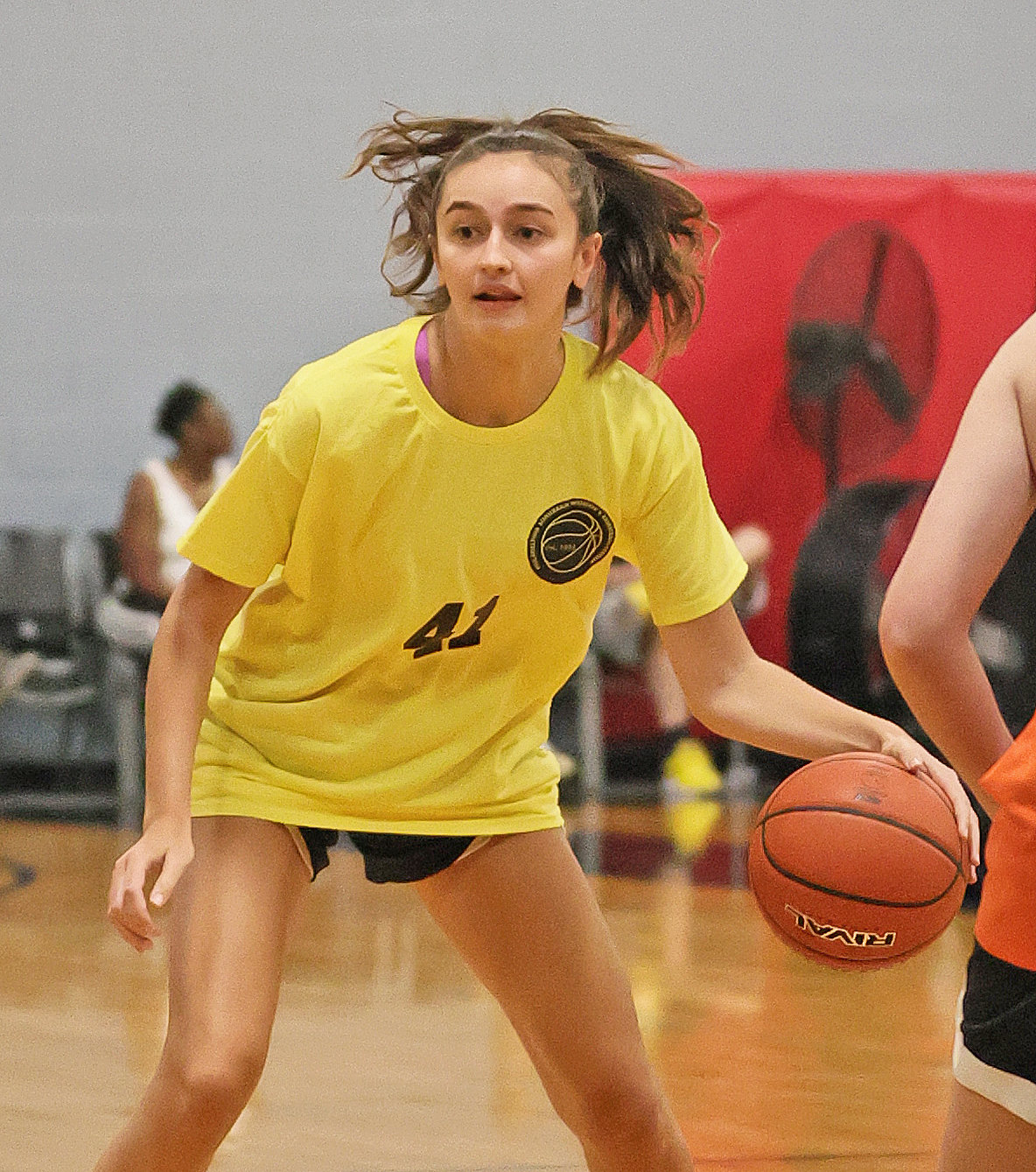 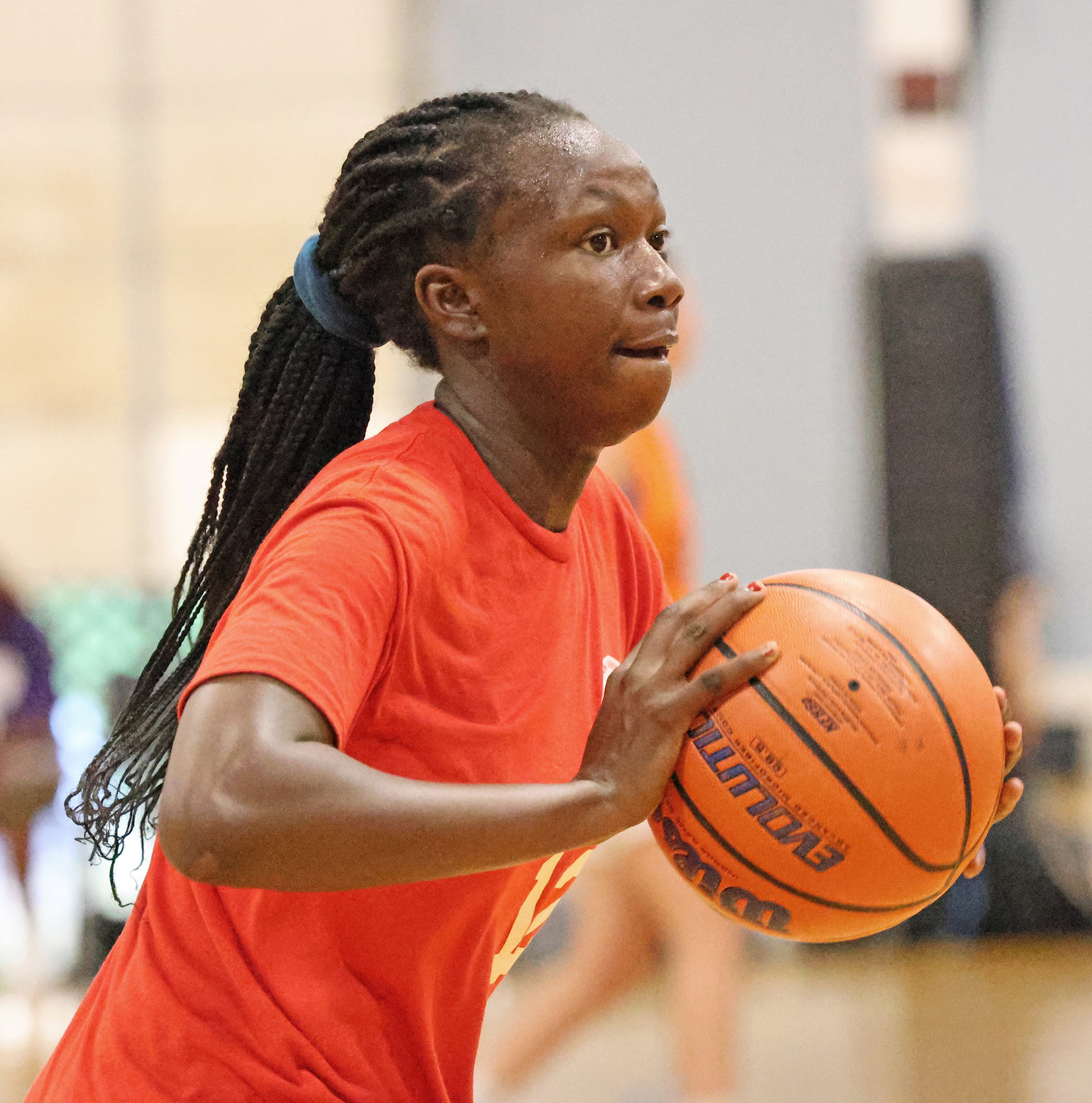 Last week's basketball action in the College summer league set the stage for the playoff quarterfinals, with the final regular-season contests being played on Tuesday and a pair of play-in games (for the four lowest seeds among the 10 teams) taking place on Thursday evening.

Chestnut Hill College's Team Red and the University of the Sciences alumni of Team Heather Maroon both won their last regular season games to finish with 7-2 records. CHC Red earned the top seed for the playoffs by virtue of its head-to-head defeat of the Maroons.

Having to work at a summer hoops camp back up at Kutztown University, the members of Team Pink had to forfeit last Tuesday's scheduled contest with Team Black (Jefferson University). The two ball clubs wound up in a four-way tie for third place along with Team Columbia Blue (Holy Family University) and Team Purple (West Chester University), all owning records of 6-3. Various tiebreakers put them in the following seeding order: Columbia third, Purple fourth, Jefferson fifth, and Pink sixth.

The seventh-through-10th-ranked teams all lost on Tuesday and filtered into Thursday's play-in games. Ending the regular season at 3-6 were sixth-seeded Team Kelly Green and number seven Team Sun (Kelly had beaten Sun by a single point back in June). Both squads are made up of athletes from many different colleges.

Team Orange (Ursinus College) was in the ninth position at 1-8, while Team Royal Blue (Arcadia University) wound up 0-9.

In the first of Thursday's play-in games, higher-seeded Kelly Green eliminated Royal Blue, 76-54, clinching the seventh seed in the playoffs to move into a quarterfinal game against second-ranked Heather Maroon. In the second game, Team Orange upset Team Sun, 61-57, bumping up into eighth place to face top-seeded CHC Red in the quarterfinals.

On Tuesday, CHC's summer franchise gained a 24-11 advantage over Kelly Green in the first quarter, and Griffins were content to just keep their distance the rest of the way, winning, 58-42. Freshman Avery White made all six of her free throws in the contest and led Red with 11 points. Sophomore Emily Sekerak scored 10 points, and six points apiece were recorded by sophomores Emily Chmiel and Morgan Sterner and freshman Sara Tamoun. Germantown Academy alum Alexa Naessens scored five points for Kelly Green.

Another GA grad, Caitlyn Priore (Gettysburg College '24), posted eight points for Team Sun, but on this hot night her squad had no subs available. They fell, 66-25, to Columbia Blue, a team powered by NCAA Division II players which had four reserves on the bench.

More former GA Patriots, the DiLello sisters, were to be found on Team Orange, which gave West Chester Purple a real battle before succumbing, 79-73. Purple had to rally in the fourth quarter, 25-14, to achieve that outcome. Rising Ursinus junior Sarah DiLello deposited nine points, and sophomore Charlotte DiLello scored eight.

Royal Blue also emerged from Thursday's play-in game without a victory in the league. Climbing out of an early 8-8 tie, Kelly Green was in front, 23-11, by the end of the first quarter. Kelly went on to a 22-point victory over Royal as GA grad Naessens rang up 13 points.

Having given West Chester Purple a good run earlier in the week, Ursinus Orange had a strong turn-out for Thursday's second play-in, while Sun was again short-staffed, making do with one sub on another very hot night. Still, Sun led 47-39 at the three-quarter mark.

Orange began to make inroads against the leaders, and was only down 55-52 with under three minutes remaining. A rising sophomore for Ursinus, Kylie McNicholas, hit two free throws and a baseline jumper back-to-back to move Orange ahead 56-55, and that score was still on the board as the final minute began.

Sun fouled to keep Orange from running out the clock, and on three trips to the line Orange shot three-for-six for a 59-55 advantage. Sun scored its last points on a jumper from the right wing, but two more Orange free throws made it 61-57 with seven seconds left, and Sun missed a three-point attempt at the end.