“I asked my partner if we wrote a $7,500 check for anything,” Griffiths told The Local in a phone call while vacationing in Los Angeles. “We didn’t. So I was freaked out by that.” 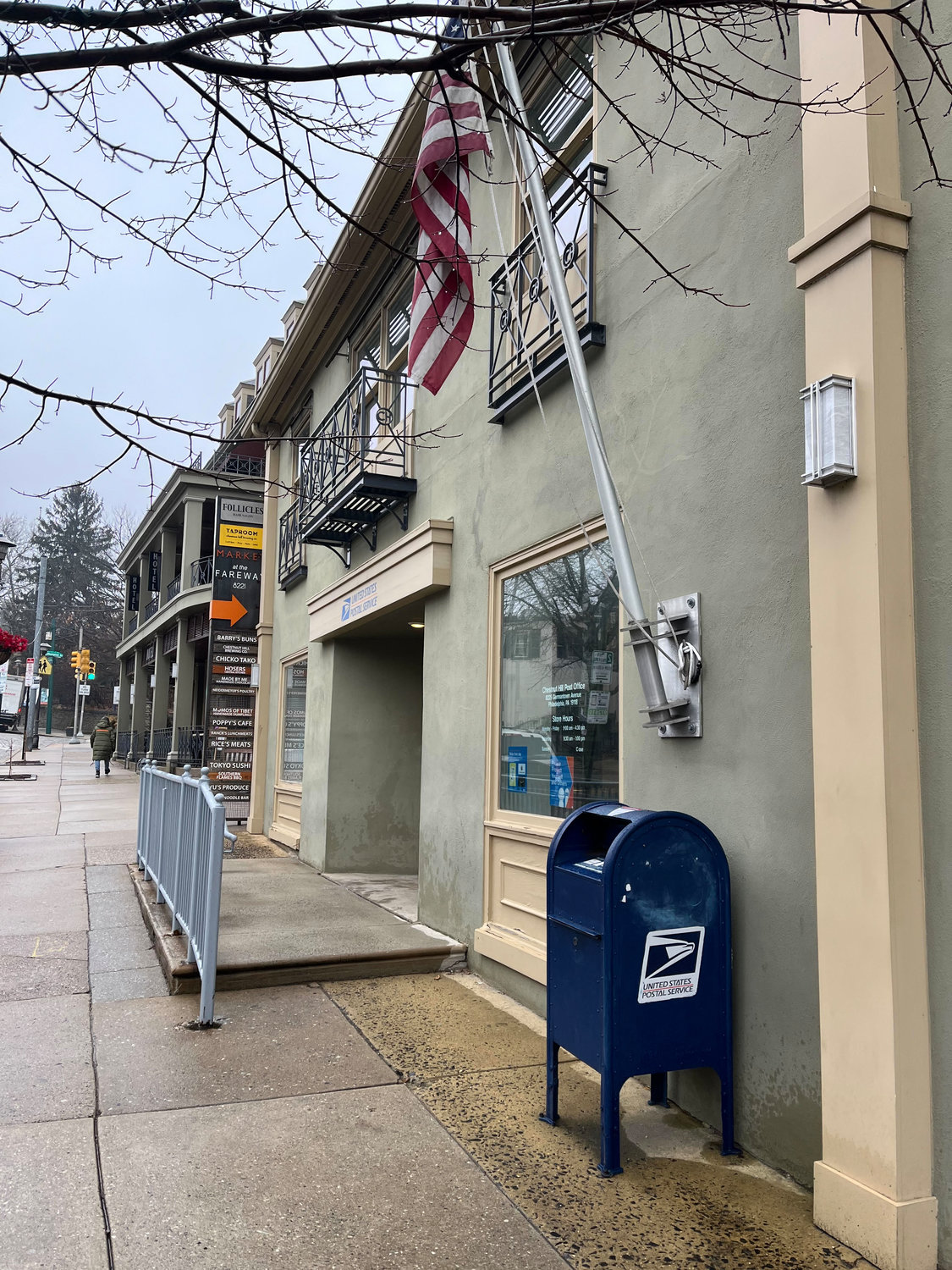 Residents find this mailbox has been targeted by thieves. Photo by Carla Robinson
Posted Thursday, February 10, 2022 6:00 am
by Tom Beck

After the holidays last month, Angela Griffiths checked on her bank account as she was paying some bills.

“I saw a check for $7,500 had been written and didn’t go through,” Griffiths said. “It said ‘returned for insufficient funds.’”

Griffiths thought it was a mistake, and called her bank to ask for a waiver of the $30 fee it charges her when a check bounces. As it turned out, that would be the least of her problems.

“I asked my partner if we wrote a $7,500 check for anything,” Griffiths told The Local in a phone call while vacationing in Los Angeles. “We didn’t. So I was freaked out by that.”

The bank told her the check was made out to a name she didn’t recognize, and “roofwork” was put in the subject line. When she realized something was wrong, she went back further in her bank statement and found a second check, written for $9,752.19, written to another name she didn’t recognize. The bank sent her images of the checks, which seemed to be forged by two different people since the handwriting was different.

Judith Gariepy, a resident of Lexington, Ky., who was visiting her daughter in Chestnut Hill over the holidays, also experienced the same kind of mail fraud while she was here.

“When I was checking my bank statement, I saw two large checks that I knew I hadn’t written in my statement,” said Gariepy. “They appear to have my signature forged when you look at a copy of the two checks in question.”

So far, Griffiths has gotten her money back after some back-and-forth with her bank. Gariepy’s case is still being investigated.

Austin Fraser, captain of the 14th Police District, said that thieves stealing checks from mailboxes and forging them is “nothing new.”

“Most of these mailboxes have very basic locking systems,” Fraser explained. “Anybody with experience with locks could defeat that easily.”

George P. Clark, a postal inspector at the United States Postal Inspection Service, said how and where thieves break into the boxes is “under investigation.” It happens all over the city, he said.

Unlike Fraser, Clark said the boxes were “very secure.”

“But like anything,” he added, “folks who are determined find a way.”

Some residents The Local spoke with assumed it was the type of crime that occurs mostly during the holiday season when many people are writing checks as gifts and donations. Clark said no.

“Thefts from collection boxes, and mail thefts generally occur all year,” he said.

Clark advised residents not to place anything in the mailboxes after the last listed pickup time, which is generally some time between 4 p.m. and 7 p.m.

“If the pickup time posting has somehow been removed or disfigured, I would recommend people hold off on posting their mail until the following day,” he said. “Most thieves attempt to compromise blue collection boxes under the quiet of night.”

If residents see people who don’t appear to be Postal Service employees hovering around or accessing blue collection boxes, particularly late in the evening, Clark said, they should document what they see and call 911 to report a possible theft in progress. Their findings should also be reported to the Postal Inspection Service website, uspis.gov, or by calling the service at (877) 876-2455.