This summer, Norwood-Fontbonne Academy and Chestnut Hill College formalized a longstanding agreement between the two institutions and established a partnership. 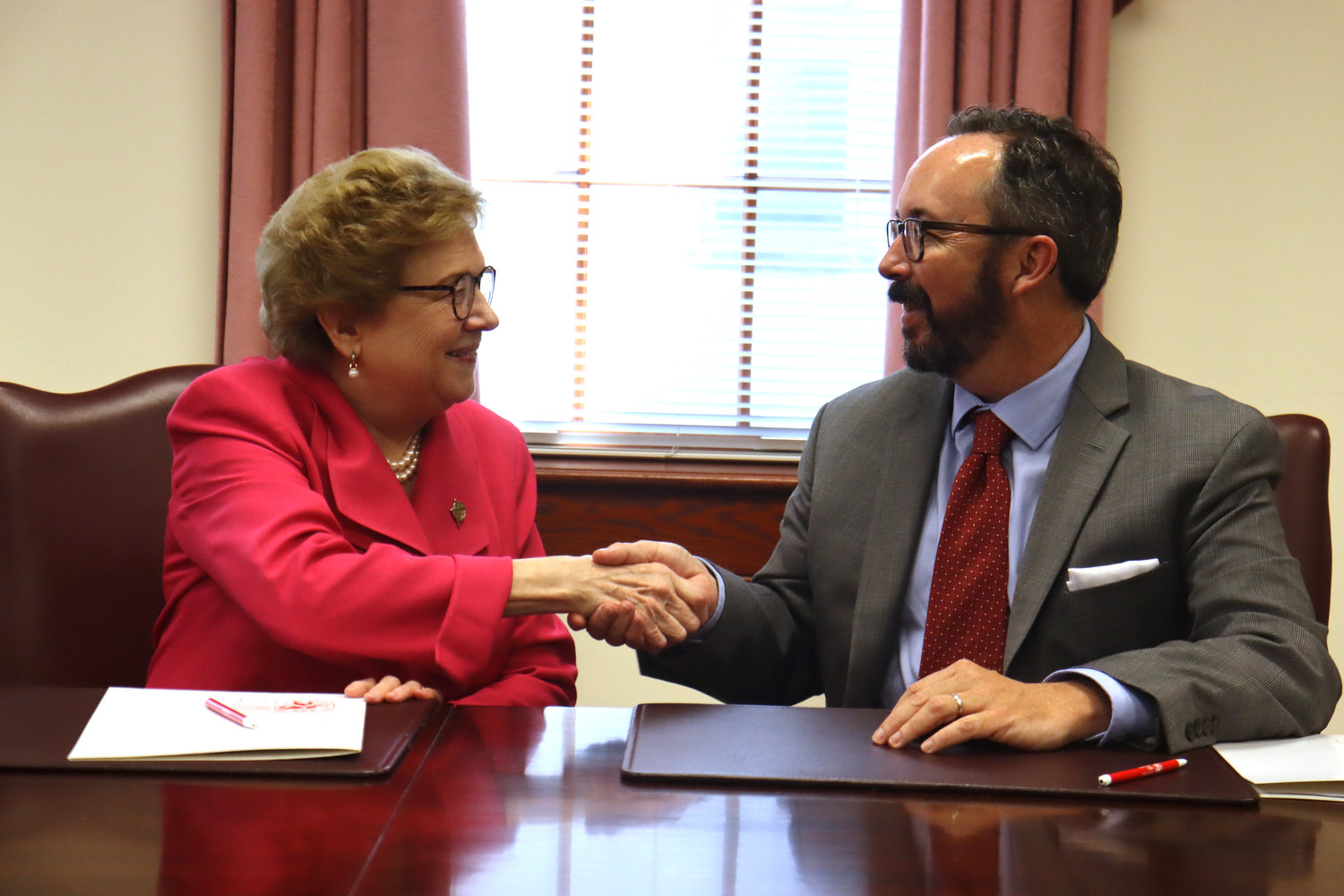 This summer, Norwood-Fontbonne Academy and Chestnut Hill College formalized a longstanding agreement between the two institutions and established a partnership in support of Montessori education.

This partnership provides shared classroom and practice room space, shared staffing for support of educational programs and other initiatives.

“Combining our efforts enriches both institutions and allows us to leverage our strengths and optimize opportunities for our communities,” said Ryan Killeen, president of Norwood-Fontbonne Academy. “It’s a win, win for everyone – especially for our students.

“NFA as a lab school, creates an incubator for innovation and development of best practice,” he continued. “Our students will benefit from the energy and enthusiasm of an increased presence of student interns in the Montessori program; and our faculty can grow in their individual professional development, modeling life-long learning and sharing their expertise with our colleagues at CHC. This collaboration provides access to rich professional development with master Montessorians and thought leaders.”

Christopher Dougherty, vice president for academic affairs and dean of the faculty at CHC, agreed.

“The Montessori faculty and staff at Chestnut Hill College are excited to be partnering with Norwood-Fontbonne Academy in advancing a model for Montessori education that reaches both students and teachers from early childhood to mid-level education,” he said. “As one of eleven U.S. colleges or universities offering an accredited program in Montessori education, CHC has been a long-standing leader in preparing generations of Montessori educators. We are proud to expand our partnership with NFA, a fellow sponsored work of the Sisters of Saint Joseph, whose faculty and staff are master teachers supporting  a model for the highest standards for students.”

NFA has been a leader in Montessori education for the past 52 years, and currently offers Philadelphia's only accredited program for children ages three through third grade.

In 1972, several Sisters of Saint Joseph traveled to Italy to study the Montessori method. Upon their return, they worked to establish the Junior Level Montessori classrooms for six to nine year-olds at Fontbonne Academy on the second floor of the Fontbonne building, which is located on lower campus at Sunset and Norwood Avenues.

In 1973, the school merged its girls and boys schools, becoming Norwood-Fontbonne Academy.

The Montessori students merge with NFA’s primary students in the fourth grade, however elements of the Montessori philosophy remain in NFA’s curriculum through the eighth grade.

The Montessori method of education is a way of learning that was created, developed and implemented by the Italian physician Dr. Maria Montessori in the early 1900s. It is a child-centered educational approach based on self-directed activity, hands-on learning and collaborative play.

Dr. Montessori believed that education had a role in the development of world peace. “Preventing conflicts is the work of politics; establishing peace is the work of education,” she said.

This philosophy, closely aligned with the mission of the Sisters of Saint Joseph, fits naturally within NFA’s dual path curriculum.

In the Montessori method, the teacher facilitates learning by connecting each child with specifically designed materials and carefully chosen exercises, based on each child’s individual interest and ability. Learning is auto-didactic and self-paced; students learn directly through their personal experience and practice with these materials, which they freely choose.

Choice is fundamental to the Montessori classroom. After receiving a lesson, children may return to that “work” as many times as they want. Montessori-educated children learn to make appropriate and reasonable choices by practicing this skill daily.