The financially ailing Berks County-based health system has been trying to sell the local community hospital since the fall of 2020. 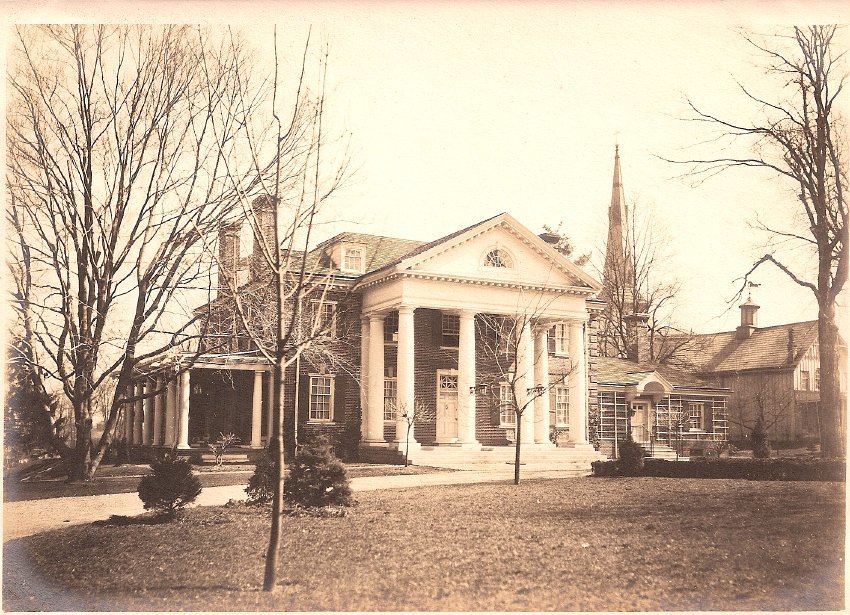 The Biddle-Marsden House at 8811 Germantown Ave. is now the hospital's Women's Center.
Posted Thursday, January 13, 2022 6:00 am
by Carla Robinson and Stacia Friedman

The future of Chestnut Hill Hospital is once again unknown after Tower Health said Thursday that Trinity Health Mid-Atlantic will not be buying the 148-bed community Hospital.

In a statement, Tower Health said Chestnut Hill Hospital will remain open and operate as usual while it continues to seek a buyer. The financially ailing Berks County-based health system has been trying to sell the local community hospital since the fall of 2020.

“Trinity Health Mid-Atlantic determined that it could not identify enough synergies that would result in substantial benefits for patients and the community,” Tower CEO P. Sue Perrotty wrote in a memo to employees Thursday.

Trinity signed a non-binding agreement of sale for the hospital in September, pending due diligence. It did not say why it is choosing not to go through the purchase. Last month, Tower closed two community hospitals in Chester County - Jennersville and Brandywine - after their proposed sale fell through.

In 2004, the Board of Trustees tried, unsuccessfully, to sell to a joint venture of Vanguard Health System and University of Pennsylvania Health Systems. A few years later, the hospital was sold to Community Health Systems (CHS), a Fortune 500 company based in Tennessee. Then, in 2017, Tower Health bought it - along with four others.

For most of its long history, though, Chestnut Hill Hospital was a non-profit institution that was supported by its own revenues and local fundraising. The 75th Anniversary Campaign in the 1970s raised more than $3 million. In 1975, the Auxiliary of Chestnut Hill Hospital purchased the Hospital’s first mammography technology. Campaign 2000 raised $8 million, adding two stories to the three-story structure.

“When I was young, the Auxiliary was a huge thing,” said Cathy Brzozowski, Communications Director at Chestnut Hill Hospital. “All the doctor’s wives got together and did fundraising events - like the Main Street Fair. That was before Fall for the Arts, and the Garden Festival. It was a big, big deal - they closed down the area all around the hospital and had a big street festival.”

For people who live in the neighborhood, it is much more than a business - and more, even, than just a healthcare provider. It’s an institution that dates back many generations - a place where families have gone to have babies, mend broken arms, get annual screenings, and care for aging parents. It’s also the reliable sponsor of the popular summer concert series in Pastorius Park.

“They took wonderful care of my parents in their later years,” said Anne McNally, chef and co-owner of McNally’s Tavern. “And when I was recently diagnosed with breast cancer, I chose Chestnut Hill Hospital over Penn or Fox Chase Cancer Center. That speaks volumes.”

The hospital got its start in 1904 when twin houses at 27-29 Gravers Lane were converted into a 15-bed hospital. Their ambulance was a horse-drawn carriage. Three years later, the hospital expanded to 27 beds in the former Norris Estate, a four-story Victorian between Germantown and Norwood avenues.

In 1919, a new 55-bed building was erected at the hospital’s current location, 8835 Germantown Ave., while the Victorian structure became a maternity hospital. Following World War II,  the hospital broke ground for a new 75-bed wing. Just eight years later, it expanded again, this time building a state-of-the-art facility with 225 beds and six modern operating rooms. They also purchased the Biddle-Marsden House at 8811 Germantown Ave., which is now the Women’s Center.

Chestnut Hill Hospital was the only community hospital of the five that were originally purchased by Tower in 2017 that reported a positive earnings before interest, depreciation and taxes for the fiscal year ending June 30, 2021. It gets 4 of 5 star ratings overall and 3 of 5 in patient satisfaction ratings.

Tower Health’s financial trouble is not new. During the three years ended June 30, the five hospitals it bought in the 2017 deal recorded operating losses of $426 million. It posted $80 million in losses the first quarter of 2021, and nearly $111 million in the previous quarter.

In health systems like the one that Tower Health was trying to build, Chestnut Hill Hospital would have served as a “feeder” hospital to their major medical center, Reading Hospital. However, Chestnut Hill residents did not typically choose to drive all the way to Reading for treatment, when Penn, Temple and Jefferson are just 30 minutes down the road.

Trinity Health, however, would have been different. It is a system made up of community hospitals only, and its business model does not have a major medical center at the heart of it. So it is unlikely to have expected Chestnut Hill to send its sickest patients to another hospital within its system.