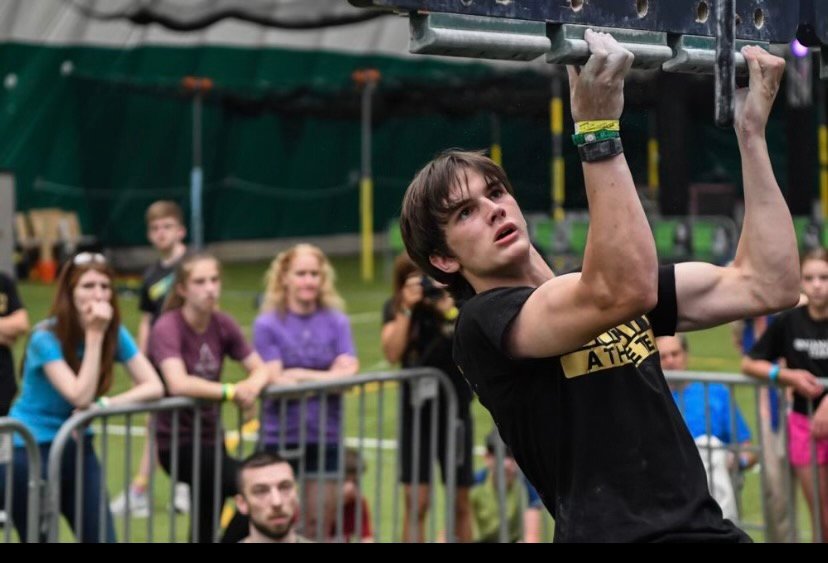 Jackson Erdos is on his way to the finals for American Ninja Warrior Junior's third season. 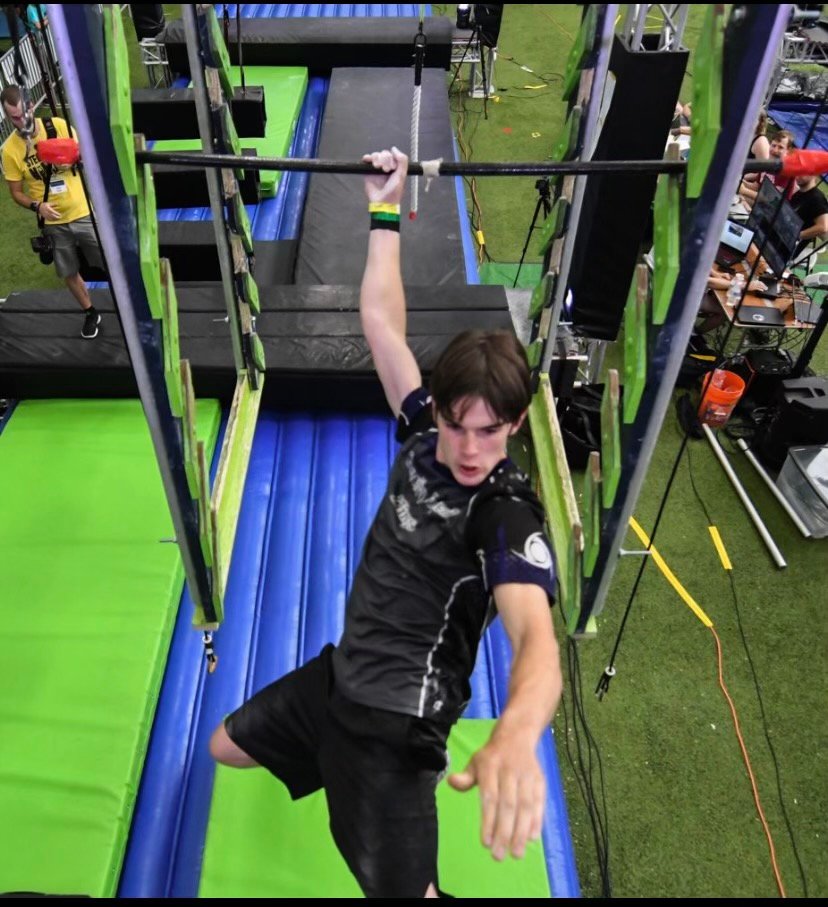 Jackson Erdos is on his way to the finals for American Ninja Warrior Junior's third season.
Previous Next
Posted Thursday, November 25, 2021 6:00 am

Update: In episode 13, Jackson Erdos advanced to the Semifinal but had a misstep in the final stretch. The Semifinals winner was Phil Folsom, 14, of Dorsey, IL, at 26 seconds. However,  Erdos was chosen as a wildcard for a rematch with Folsom in the Championship round on Dec. 9. Erdos then ook home top prize in the Championship round of American Ninja Warrior Jr., in the 13-14 age group.

Chestnut Hill teenager Jackson Erdos is showing up on your TV screens this Thanksgiving, after having advanced to the Semifinals on the junior version of “American Ninja Warrior.”

The popular NBC series, which first aired in 2009 and has since become a popular mainstay in competitive sports entertainment, features an increasingly difficult obstacle course in which contestants run, jump, crawl, climb, hang, and swing through crazy obstacles in timed races in order to win.

Jackson, a freshman at Springside Chestnut Hill Academy, is competing in the 13 to 14 year old age group, which is scheduled to stream on the Peacock Network starting at 6 a.m. Since Jackson is competing in the oldest group, his part of the event is estimated to start about halfway through the show.

In the first round of Quarterfinals, which aired Nov. 18, Jackson set a speed record for the show, coming in at 25.47 seconds against Asa Reynolds of St. Petersburg, FL. In the second and final round, it was a rematch for Erdos against Collin Cella of Milford, CT, from their first heat earlier in the season. Jackson won again, at 25.99 seconds against Collin’s 29.81 seconds.

Jackson first appeared on this current series in the second episode, which aired in September, and immediately dominated with a time of 26.77 seconds, two to three seconds faster than his competitors and setting a new Ninja Junior record. “This is a dream come true,” he said at the time. “I’ve waited for this six years of my life now. I’m finally here.”

If he makes it through the Semifinals, he will advance to the Championship round, scheduled to air on Dec. 9. A victory there would bring him a $15,000 prize as well as the Championship title. Top prizes for adult contestants reach $1 million.

Erdos has been training for competitive obstacle courses since the age of 8, which is when he first learned that a Ninja gym was opening in Hatboro.

“He fell in love with it and never really left the gym,” said Jackson’s father, Mike Erdos, who said that Jackson has always been a daredevil. “He was the kid sliding down the banister at home, always getting injured,” he said. “There was a list of broken bones and stitches. He never gravitated towards traditional sports.”

In fact, Erdos said, Jackson injured himself so many times while attempting gymnastic maneuvers that everyone started calling him “Jaccident,” - a nickname he claimed with pride. When he walked on screen in Season three of the show, he wore a t-shirt with that printed on it. And the whole family wears that t-shirt - including his father, a judge on the Philadelphia County Court of Common Pleas, his mother, Diana Anhalt, and his older brother.

Ninja competitions require specialized courses and training.  A network of gyms designed just for Ninja have sprung up across the country, as well as national competitions. Jackson has been in many of those competitions, winning the National Ninja League’s World Championship in 2020 in the Preteen Division before flying to Los Angeles to tape the Peacock show.

Jackson applied to the show during the first two seasons and wasn’t picked; with the pandemic delaying production, he was just under the cutoff for being accepted in the 13-14-year-old category. When he got the call that he’d been picked, Erdos said, “He was beyond thrilled. We were all thrilled and it's been a great honor to participate. It was really such a big, big moment for him. So much work.”

“Competing on American Ninja Warrior Junior was the most amazing experience of my life,” said Jackson. “The people who work on the show and my fellow ninjas were incredibly supportive and it just made me love the sport even more, which I didn’t think was possible!”

Since taping, Jackson has continued to train, traveling to National Ninja League competitions across the country (North Carolina, Colorado, Florida, Jersey). Next season (2022-23) he plans to compete in the Elite Division. He also coaches young ninjas at the Gravity Forge ninja gym in Hatboro. He wants to own a ninja gym someday and to help grow the sport.