“That 742 number is the highest daily number … 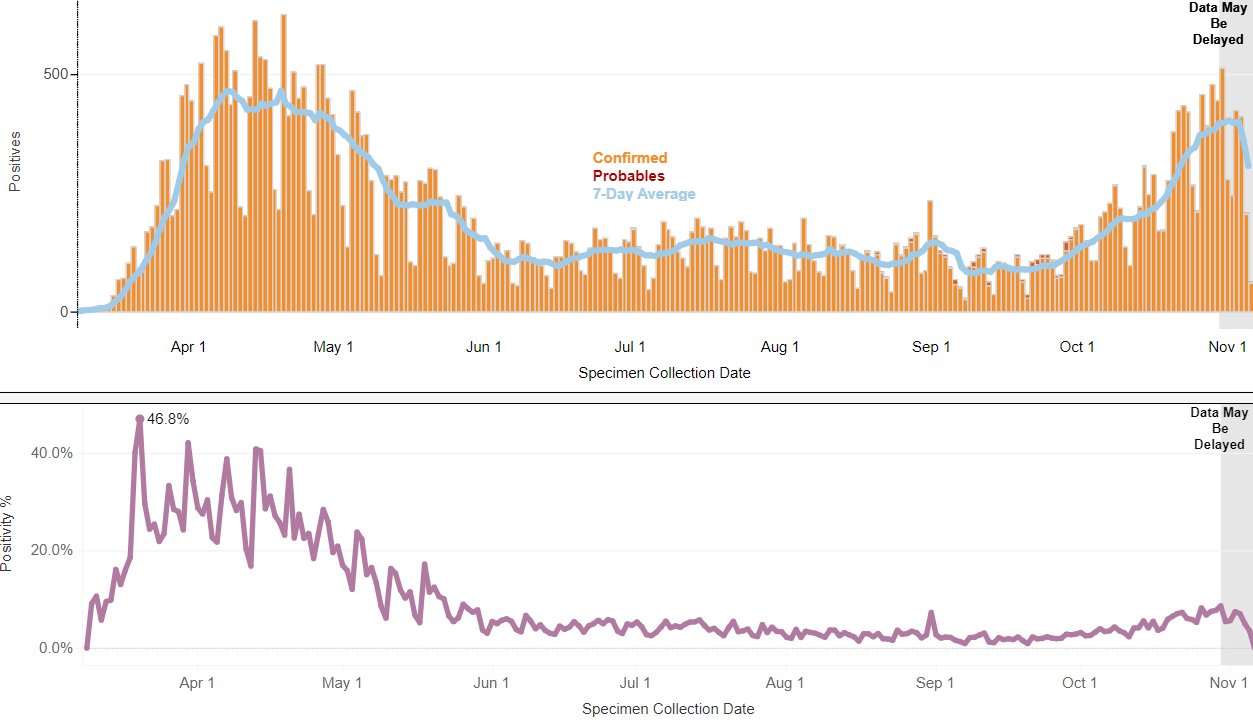 For the past week, ending on October 31, the city saw an average of 387 cases per day. The positivity rate for the same week was 9.1%. “That’s the highest percent positive we’ve had since mid-May and that has increased by about fourfold compared to where we were in late September,” said Philadelphia Health Commissioner Dr. Thomas Farley.
Posted Tuesday, November 10, 2020 1:11 pm
by Kate Dolan

“That 742 number is the highest daily number we’ve had ever, during the entire course of this epidemic,” said Health Commissioner Dr. Thomas Farley at the special COVID-19 update press conference on Friday morning.

For the past week, ending on October 31, the city saw an average of 387 cases per day. The positivity rate for the same week was 9.1%.

“That’s the highest percent positive we’ve had since mid-May and that has increased by about fourfold compared to where we were in late September,” said Farley of last week’s rate. In mid-September, 2.8% of people tested were positive for the infection.

“We know they can handle many more patients than they are handling right now,” said Dr. Farley of hospital capacity. “But this is something we’ll have to watch closely over the next three months.”

The health commissioner said the city expects an increase in deaths in the coming weeks but noted that because increased testing is identifying those with mild or no symptoms, “a smaller percentage of the people with this infection will die now than they might have in the spring.”

Although no new safety precautions or restrictions were announced at Friday’s press conference, Farley urged people to stay away from others and avoid gatherings as much as possible. Contact tracing continues to show that spread is occurring at small social gatherings and he emphasized that individuals need to restrict themselves, especially as the holiday season arrives.

Dr. Farley urged people to step up safety precautions for a little bit longer as the vaccine will not arrive before the expected surge of cases over the next few months. Acknowledging the holidays and current events as potentially shifting people’s attention from Covid-19 vigilance, he opened the conference emphasizing the need to stay focused on preventing the spread of the virus.

“We’ve all been watching the election, but it’s time to focus again on the Covid pandemic because we’re continuing to see rapidly rising case counts and now increases in hospitalizations,” said the healthy commissioner.