On a recent afternoon, Susan Nam considered how a proposed nine-house development in East Mt. Airy and a surprise historic designation for one of the buildings involved could change her life. 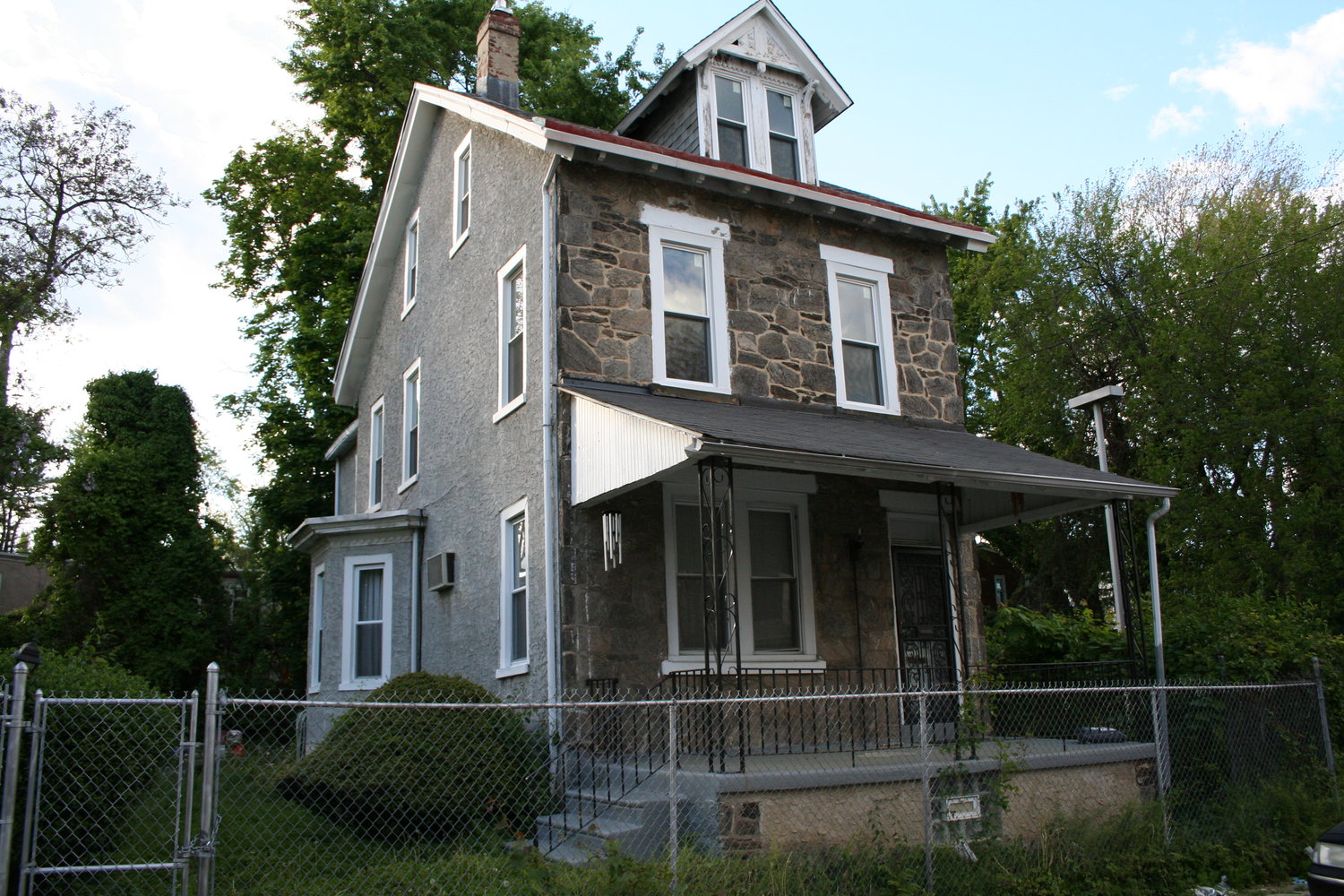 The house at 121 Pleasant Street was once the home of Joseph Meehan, younger brother to Thomas Meehan. Together, the brothers were among the most influential horticulturalists in 19th Century America. 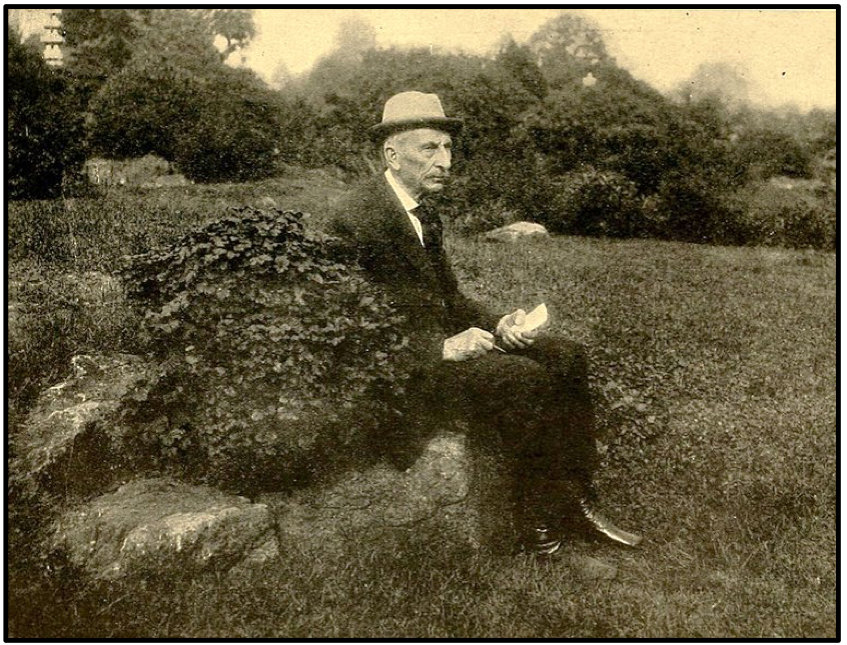 The Franklin Tree now only exists in a few gardens around the country, and they were likely cultivated by Joseph Meehan himself in East Mt. Airy. 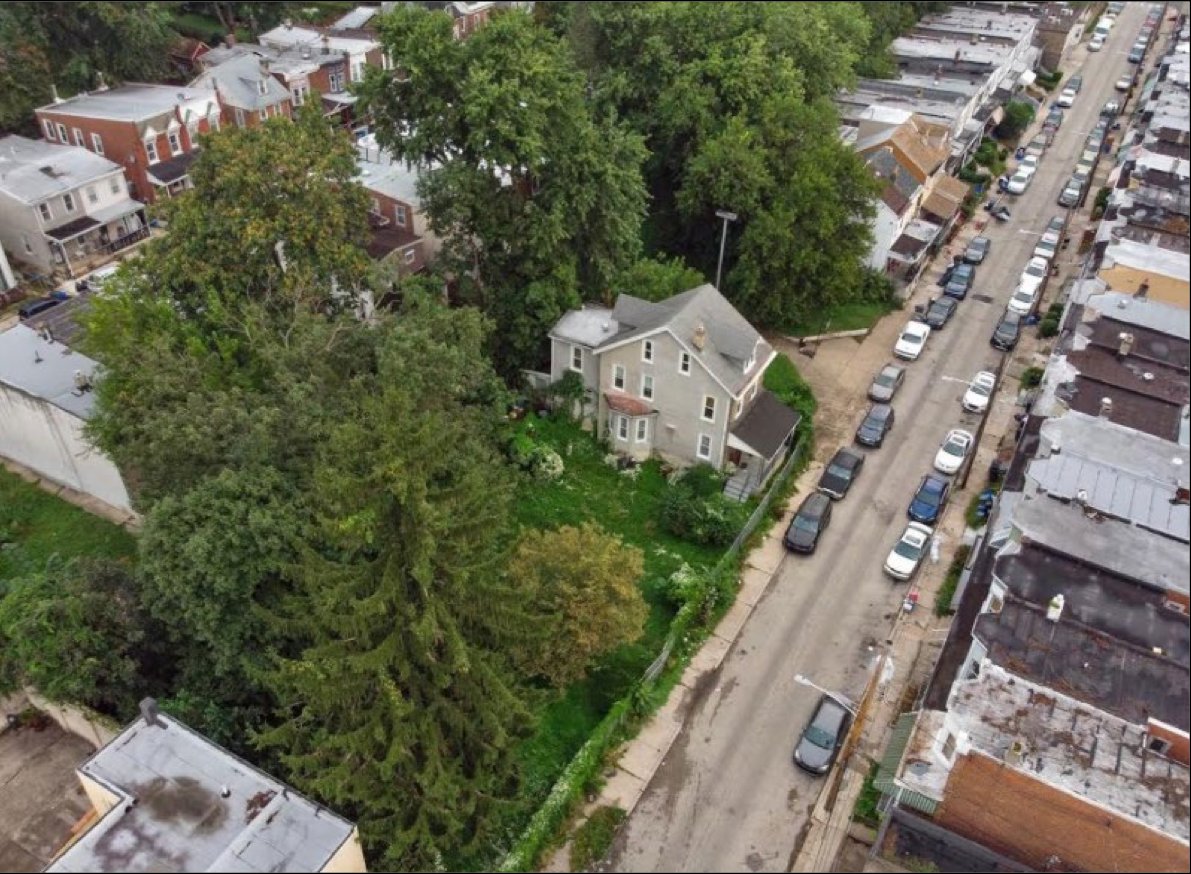 Present day Meehan Avenue occupies what used to be the nursery land. 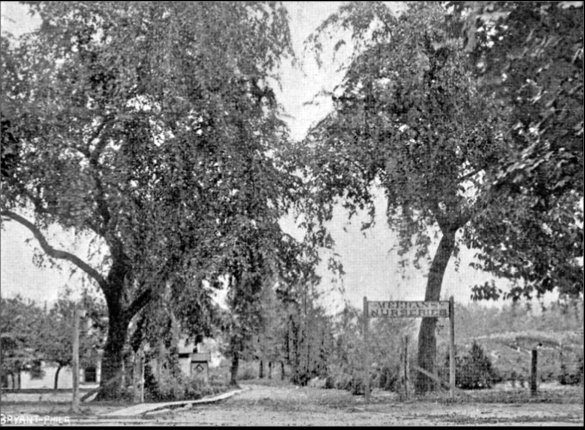 An illustration of the old Meehan nursery.
Previous Next
Posted Thursday, May 27, 2021 10:00 am
by Patrick Cobbs

On a recent afternoon, Susan Nam considered how a proposed nine-house development in East Mt. Airy and a surprise historic designation for one of the buildings involved could change her life.

“This is going to directly affect us,” she said.

Her daughter, Lily Oh, four, is all cheeks, dimples, and infectious smile as she negotiates the storm door handle of their Meehan Avenue home and makes her way outdoors to play in the sun. Lucia Oh, nine, and Eli Oh, seven, emerge quickly after and are on kick scooters, playing catch, and hunting for interesting plants, all seemingly at once. This happens in the green lot next to their small end-row unit.

It’s not a boast. It’s just, there’s far too much to see and do in life for that.

All three children are laughing.

A police helicopter circles overhead. Two ambulances travel down nearby blocks, and the sounds of more sirens mount in the distance.

No one reacts. The children are safe in this space, a small, quiet green only feet from their front door.

But the coming development, one of many lately dotting the sometimes densely packed blocks of East Mt. Airy between Germantown and Chew Avenues, could mean the children won’t have that safe, secluded slice of the world anymore.

The original plan by New York City-based CDPHI LLC, which bought the 28-foot wide lot next to Nam last year and several more that connect to it from behind, fronting on the 100 block of Pleasant Street, was to demolish an old house on Pleasant and build eight new three-story townhouses in its place, just behind Nam’s house, and put a ninth in the lot next to her on Meehan Avenue, plus a narrow two-way drive that would allow off street parking behind all the new homes.

The development would put a tall, crowded row of houses on Pleasant Street where a circa 1880s home and large garden now exist, and that two-way drive would replace the kids’ play spot on Meehan. Cars would enter and exit the new development inches from the railing of their front porch.

Neighbors struggled for months to mount a defense against the development plans, each, presumably for their own reasons. The project needed three zoning variances to go forward. The developer, Doug Bomar, met with East Mt. Airy Neighbors, as required by the Philadelphia Zoning Board of Adjustments, and with some nearby neighbors on his own.

Susan Nam would be the first to say Bomar seemed different from some of the other developers East Mt. Airy residents have dealt with recently. He gave her his cell phone number and the two talk regularly.

“There’s such a huge communication gap with these developers who do not live here,” she explained. “They can’t just stand behind their lawyers if they are going to really relate to the neighbors. But it’s been pretty good with Doug.”

Good as things were, other experiences and the fact that Bomar could probably have built a nine-unit development on that land with just a few design changes still made many neighbors nervous.

People started asking about that old house with the big yard on Pleasant Street. The one Bomar planned to knock down.

Could it be protected?

A research team formed with East Mt. Airy resident and preservation advocate, Oscar Beisert of the Keeping Society, at the helm and several members of EMAN helping out.

They found a preservationist’s gold mine.

The house at 121 Pleasant Street was once the home of Joseph Meehan, younger brother to Thomas Meehan. Together, the brothers were among the most influential horticulturalists in 19th Century America. They ran Meehan Nurseries, which at one time spread lushly between Germantown and Chew Avenues.

Present day Meehan Avenue occupies what used to be the nursery land. The home of Thomas Meehan, the more famous of the two brothers, was demolished in the early 20th Century, so the house at 121 Pleasant is about the only building that remains to mark how East Mt. Airy was once an important center in American horticulture.

It was a big find. If the house could get added to the Philadelphia Register of Historic Places it would be protected from demolition and would force the developers to alter their project.

“It came to our attention,” said architect and EMAN Zoning Committee Chair Jeff Hayes. “We were going to make a big deal about it, and then the preservation people said to keep it on the down-low so the developer does not get word, pull the demolition permit, and demolish in advance. I don’t know if these developers would have done that, but these things have happened before.”

So EMAN maintained relations with Bomar while Beisert put together a comprehensive application to the Register, and EMAN members quietly solicited letters of support for the application.

They got a pile, including one from the National Historic Landmark, Cliveden, which attributed much of the green character of Northwest Philadelphia to the Meehan brothers’ work and said it had records of trees on its own grounds bought long ago from the Meehan Nurseries.

There’s also a long letter from Bartram’s Garden in Southwest Philadelphia. John Bartram is considered the grandfather of American horticulture, and the Meehans, it seems, had learned their trade directly from Bartram’s Garden. So much so, that the letter credits Joseph Meehan for single-handedly keeping the Franklin Tree, a now naturally extinct tree specimen originally cultivated at Bartram, available for private buyers from 1860 to 1920.

The Franklin Tree now only exists in a few gardens around the country, and they were likely cultivated by Joseph Meehan himself in East Mt. Airy.

“It was a compelling case,” said Beisert. “And it ended up being designated [to the Register].”

Bomar didn’t oppose the application. He signed on when Beisert asked him.

This means the Philadelphia Historical Commission now has regulatory authority over what happens to the house, and it means Bomar will have to change plans.

Susan Nam was not directly involved in the historic preservation. She was doing her own negotiations with Bomar, offering things like buying the property next to her house from him for the same amount that he’d paid for it and trying to impress on him that open spaces in neighborhoods have healing power beyond the appeal of off-street parking.

She knows her own priorities might not be the same as others. The right kind of development could raise property values. But so close to her? And with no green space? There are so many conflicting agendas in urban developments, she feels the only real solution is rooted in sharing. Even the losses.

And with the preservation of 121 Pleasant, she saw that Bomar was looking at losses too.

“I feel like I had no choice but to offer to buy the lot back,” she said.

There is evidence to show that the lush, open land next to The Joseph Meehan House on Pleasant Street was always a garden. You can see it on an 1871 map. Meehan might even have grown the Franklin Tree there. But there was no physical evidence on the wider lot—no clear historic plantings—that would have made preservation of the whole property a slam dunk. So the historic preservation agreement that Beisert and Bomar worked out protects the house and a few feet on either side of it—enough for a parking space—but allows the bulk of the lot to be developed. Beisert called it a compromise that probably had to happen to smooth the road forward.

“In our development climate it’s a fair turnout,” Beisert said. “I’m not saying I agree with how things are done in the city. I think neighbors should have more impact on what happens in their neighborhood.”

That’s a point that may have special significance to Susan Nam because, for all the excitement and all the protections related to preserving the Joseph Meehan House, that victory likely increases the pressure on Bomar to use every square inch of what’s left, including that green space where her children like to play.

What will happen there still largely comes down to what Bomar wants.

Recently, word reached EMAN that Bomar had new plans he wanted to share before going back to the ZBA. As of press time, the plan details were not known.

Doug Bomar did not respond to requests for comment.