Despite more than two decades of vacancy, a renewed interest in redeveloping Germantown Town Hall has emerged from at least one Germantown-born and raised developer, Anthony Fullard. 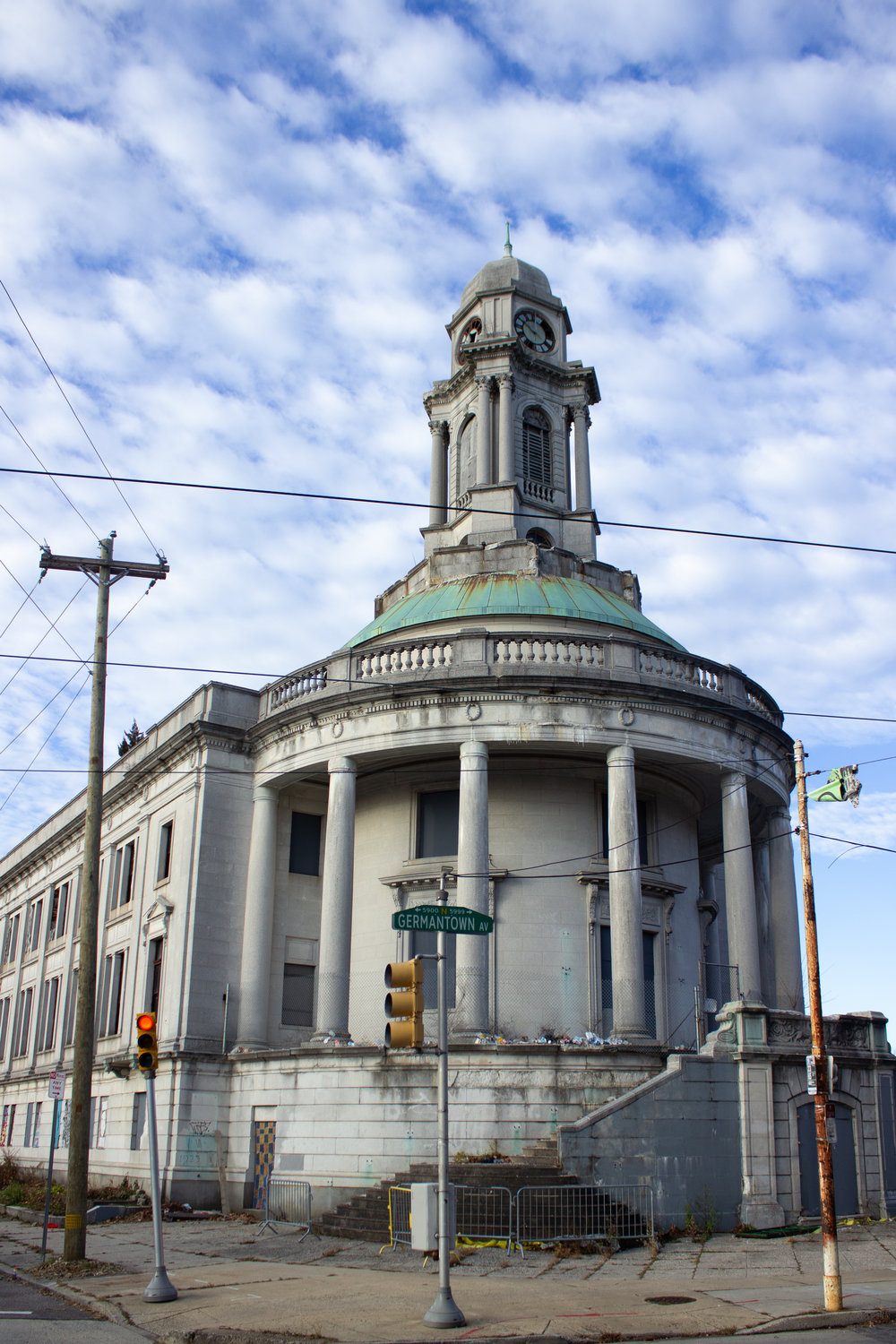 Despite more than two decades of vacancy, a renewed interest in redeveloping Germantown Town Hall has emerged from at least one Germantown-born and raised developer, Anthony Fullard.

“I think it's long overdue for major money to come into that historical development,” said Fullard, president of West Powelton Development. “It’s something that can be used for the surrounding community.”

Fullard noted that certain aspects of the structure, like its bell tower and clock, would need to be restored. But his vision for redevelopment, which is currently in very early stages, would include maintaining its “historical value and character.” It would also include community input, he noted.

“This is a vision that has to be vetted out,” he said. “We have to sit down and get input from the community. You talk to the community first because they can give you ideas to incorporate to help the project move forward.”

But as of right now, Fullard envisions a kind of “mini City Hall” in Germantown.

“People have to go to City Hall, the [Municipal Services Building] and that brings them down to the city downtown,” he said. “We would like to bring some type of virtual access [to the Town Hall] for seniors. This way we can limit them from having to travel downtown for some interaction with the city like paying the water bill, the gas bill or whatever the case may be.”

He also envisions a “midsize” retail space. The mini City Hall and retail idea has been exactly what many residents have told the Local they were interested in seeing come back to the site, which, in the past, has served as a city services building.

“I’d like to see it like it used to be,” said Germantown resident Catherine Brown. “Back then it was just this beautiful structure where there were some services out of town hall.”

Residents, say, could head to the Town Hall to pay their gas or water bills. Or it could be a place to invite the mayor once a year, Brown said.

“It was that community kind of place,” said Brown. “That’s what I’d love to see it be again.”

Jill Saull, another Germantown resident who called German Town Town Hall “an anchor in the community,” said she’d like to see a mixed public/private development.

“I would love it to be the actual town hall again and I would like to see all the city services in that one building,” she said. “Businesses, offices, a restaurant, artist studios, community spaces to rent out for events, a community center for kids to take art classes and that kind of thing.”

Back in 2013, Hidden City held a pop up for residents to discuss what they’d like to see in the building, and got similar answers from residents. Resident Yvonne Haskins wasn’t at the pop up, but she knew of it. She described residents’ vision for Germantown Town Hall as similar to the Bok Building in South Philly - essentially a space for businesses, artists and creatives to congregate and operate their businesses.

“Think about that and you’ll get an idea of what people want in Town Hall,” said Haskins. “You need jobs. Entrepreneurial space, artist spaces, workshops...you want activity.”

But there’s a catch. Haskins and other Germantown residents the Local spoke to stipulated that they did not want to see residential units come to the Town Hall. But in order for the vision to work, Fullard said, there’d have to be a residential component to the project to make it work financially.

“You gotta support your debt,” he said. “That money just doesn't just come from anywhere. It has to be generated.”

Fullard wouldn’t say exactly how many residential units he’d include.

Although residents weren’t thrilled about the prospect of apartments coming to Town Hall, they wouldn’t dismiss the idea entirely.

“I would not be opposed to meeting with him, because I have not seen the write up of what’s being proposed,” said Brown. “But I absolutely want Town Hall to look like Town Hall, not an apartment building.”

Saull said she “understands the need” for housing and has “a couple of minds” about the idea.

“I’m open to hearing ideas,” she said. “I’m not completely against [housing in the development], but gee, would that mean they’re tearing down the historic Germantown Amish market [next door to the Town Hall] in order to build it?”

In an interview with the Local, Councilmember Cindy Bass said there was “extensive interest” in developing Germantown Town Hall. She told the Local that another developer, John Henry, was also interested in the property. Henry could not be reached for comment before the Local’s deadline.

Fullard and his company are best known for developing real estate in West Philly, including 36 houses along the 6200 block of Osage and Pine Streets, dubbed Osage Pine, which was the former site of the MOVE bombing in May of 1985.