What could a demolition ban mean for the 8th councilmanic district? Community stakeholders weigh in.

Legal issues aside, stakeholders in the 8th Councilmanic District have also questioned what the moratorium would mean for development in the community.

What could a demolition ban mean for the 8th councilmanic district? Community stakeholders weigh in. 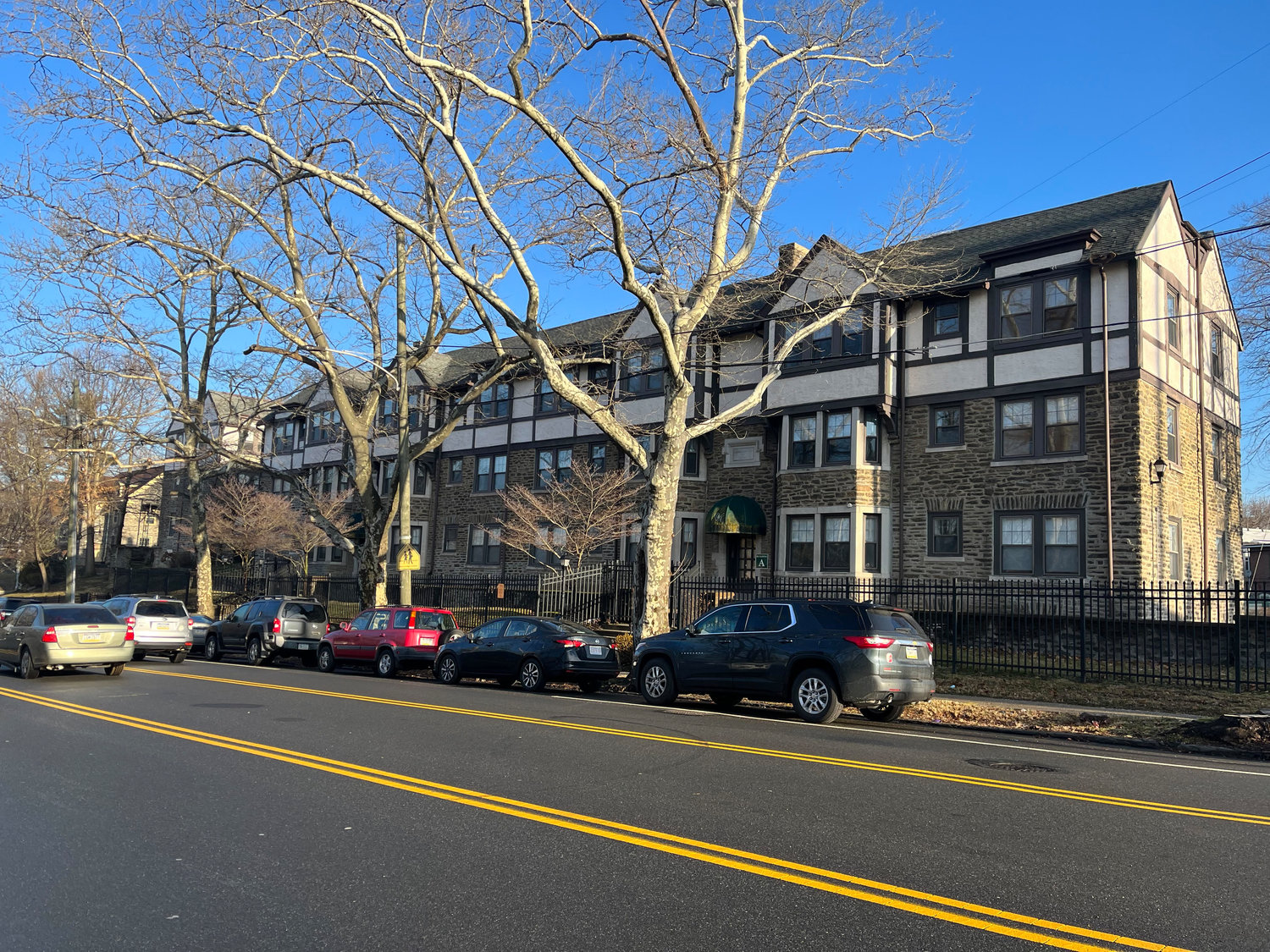 The pre-war building on Wayne Avenue is one of four jus like it in Mt. Airy's Wood Norton apartment complex. Half of this complex is scheduled for demolition this Spring, making way for a 50-unit six story apartment building. Photo by Carla Robinson
Posted Thursday, February 10, 2022 6:00 am
by Tom Beck

In a surprise announcement, Councilmember Cindy Bass introduced an ordinance during Thursday’s City Council meeting that would ban most demolitions in the 8th Councilmanic District, potentially jolting the development process in Northwest Philadelphia into uncertainty.

“Too often developers circumvent zoning requirements that make community input a prerequisite for development on existing structures,” Bass said at the council hearing. “It's a predatory practice that has had adverse effects on communities in my district and they're doing it at a rate that threatens to outpace communities' capacity to digest changes in their own neighborhood.”

A number of legal experts, like Matt McClure, an attorney who leads the zoning and land-use team at Ballard Spahr law firm, have questioned the legality of the ordinance.

“This ordinance would be struck down if challenged,” McClure told The Inquirer last week. “I don’t question the motives of the legislation, but the means and use here are invalid under law.”

But legal issues aside, stakeholders in the 8th Councilmanic District have also questioned what the moratorium would mean for development in the community.

Developer Ken Weinstein, whose projects can often be found throughout Mt. Airy, Germantown and Wayne Junction, is “generally supportive” of a six-month freeze in demolitions.

But he is concerned that the proposal may be too geographically broad, he said, and he also thinks it should have a time limit.

“This pause needs to happen for six months and then it needs to end,” he said. “If it doesn’t there will be unintended consequences in terms of additional blight in Northwest Philly.”

Weinstein said a pause should help the city come up with an “alternative development strategy that incentivizes reuse of buildings instead of the demolishing of buildings.”

“If you just freeze demolition, we’re not doing anything,” he said. “It’s a quick fix instead of a long term solution.”

Oscar Beisert, a Mt. Airy-based historian and prolific nominator of buildings to the city’s Register of Historic Places, said he agreed with “the spirit” of the law, but thinks there should be additional qualifiers to what can and can’t be demolished. Obvious choices for buildings that shouldn’t be torn down are any that are listed on the National Register of Historic Places, or any building over a certain age, Beisert said.

“I appreciate the gesture of this delay,” he said, “but I think there should be additional qualifiers to make it viable.”

The exception Bass’ proposed legislation includes is a threshold value of $150,000. “Demolition for projects valued at $150,000 or under” (the language of the bill) would be exempt from the regulation.

But according to Beisert, that could cause confusion.

“They could claim ‘our project is creating this vacant lot,’” Beisert said. “It wouldn’t cost $150,000 to demolish most buildings in Germantown.”

A similar demolition ban introduced by Councilmember Curtis Jones was passed in city council this past December, which prohibited demolition of buildings along Roxborough’s Ridge-Avenue corridor.

“This one-year moratorium will allow for advocates to do an inventory of what’s on Ridge Avenue and nominate historic buildings,” Jones said, according to The Times Herald.

Anne McNiff, executive director of the Chestnut Hill Community Association is also generally supportive of the plan but has questions about how it would work. From the perspective of a civic association leader, McNiff is mainly concerned about how effective the ban would be if residents aren’t aware of what buildings developers are planning to demolish. She argued that there should be a mechanism that tells residents what buildings are under threat of demolition, so they can focus on trying to save those buildings.

“What often happens is that the company gets demo permits,” she said, “and we as [civic associations] don’t know until it's too late.”

A standout example of such a situation is what happened in 2017 at 8610 Evergreen Place, a building that previously housed the music publishing business of jazz saxophonist Grover Washington, Jr. Developers of a three-story apartment complex applied for and got a demolition permit before neighbors knew what was happening, and now that building is gone forever.

“[Developers] have to post when they’re going to do demolition, but if you as a neighbor don’t know to look for that posting, you won’t necessarily know about it,” McNiff said. “If this moratorium could assist in that, that would be helpful. Maybe subsequent versions of this bill will determine that.”

Of all the key stakeholders The Local spoke to in the Chestnut Hill and Mt. Airy development scene, both of which are located inside of the 8th Councilmanic District, Chestnut Hill Conservancy executive director Lori Salganicoff was the most supportive.

“I felt gratitude for Councilwoman Bass for stepping into this issue,” Salganicoff said. “It’s very important to recognize that we’ve got to start somewhere and I’m grateful to the councilwoman for doing so.”

Salganicoff acknowledged that “a lot of the thinking that went into it isn’t necessarily clear,” but she’s also “not thinking of this as legislation that is almost done.”

“Right now is not the time to jump in and tweak things but to take a step back and see what she was trying to achieve,” she said.

Salganicoff said she hopes for a meeting between Bass and all the relevant RCOs to get more specifics.

“I think we are pushing towards the same goals,” she said.

On the other end of the spectrum is John Landis, a professor of city and regional planning at the University of Pennsylvania who is also the co-chair of Chestnut Hill’s Development Review Committee. Landis criticized the abrupt nature of Bass’ announcement.

“Moratoriums of any type are not a good idea unless there is a clear plan of action about what to do about the problem after the moratorium is lifted,” he said. “Moratoriums can provide a useful period in which to lower the volume on conflicts that have gotten out of hand, but that only works if the two sides aren’t blindsided by the moratorium announcement. And in this case, they were.”

In the aforementioned Inquirer article, president of the Building Industry Association of Philadelphia Gary Jonas said he was “blindsided” by the announcement.

“It’s super problematic and we’re really disappointed,” he said. “Development is a main economic driver for the city right now, so if a whole sector of the industry shuts down, that’s a huge problem.”

The Local asked Landis whether he thought the legislation was legal.

“I’m not a lawyer, but probably not, given that its spatially-directed (8th District only) nature creates 14th Amendment (equal protection) problems on its face,” he said in an email. “But in Philly, every councilperson is drunk on their councilmanic prerogative powers, and this is clearly more about power than sound policy.”

Landis did recognize, however, that neighborhoods in the 8th District are “undergoing significant change, which can be hard for longtime residents (particularly those less well-off) to cope with.”

Another concern for developers is the issue of having different development policies in different parts of the city.

“We are quickly becoming 10 mini-cities instead of one powerful city every time new legislation is proposed that only affects one council district,” Weinstein said. “We’re heading down a slippery slope here.”

What the slope could lead to, Weinstein said, was uncertainty in the market for developers.

“Uncertainty is the enemy of development,” Weinstein explained. “If we are going to just keep devising policy at the council level, people aren’t going to invest in our city. [Developers] won’t know what to expect or what’s going to happen the next day. We need a well thought-out policy so people know what’s in affect citywide.”

Weinstein called Bass’s proposal “a bold move” and hopes the moratorium, if enacted, will lead to positive change.

“If we use the six-month period wisely it’ll be a good move,” he said. “If we don’t change anything during this period then it’ll have been a waste.”