You might say that Roberta and David Williamson, both 71, whose works will be on exhibit at Gravers Lane Gallery, 8401 Germantown Ave., from Nov. 10 to 15 are superstars in the world of crafts. The … 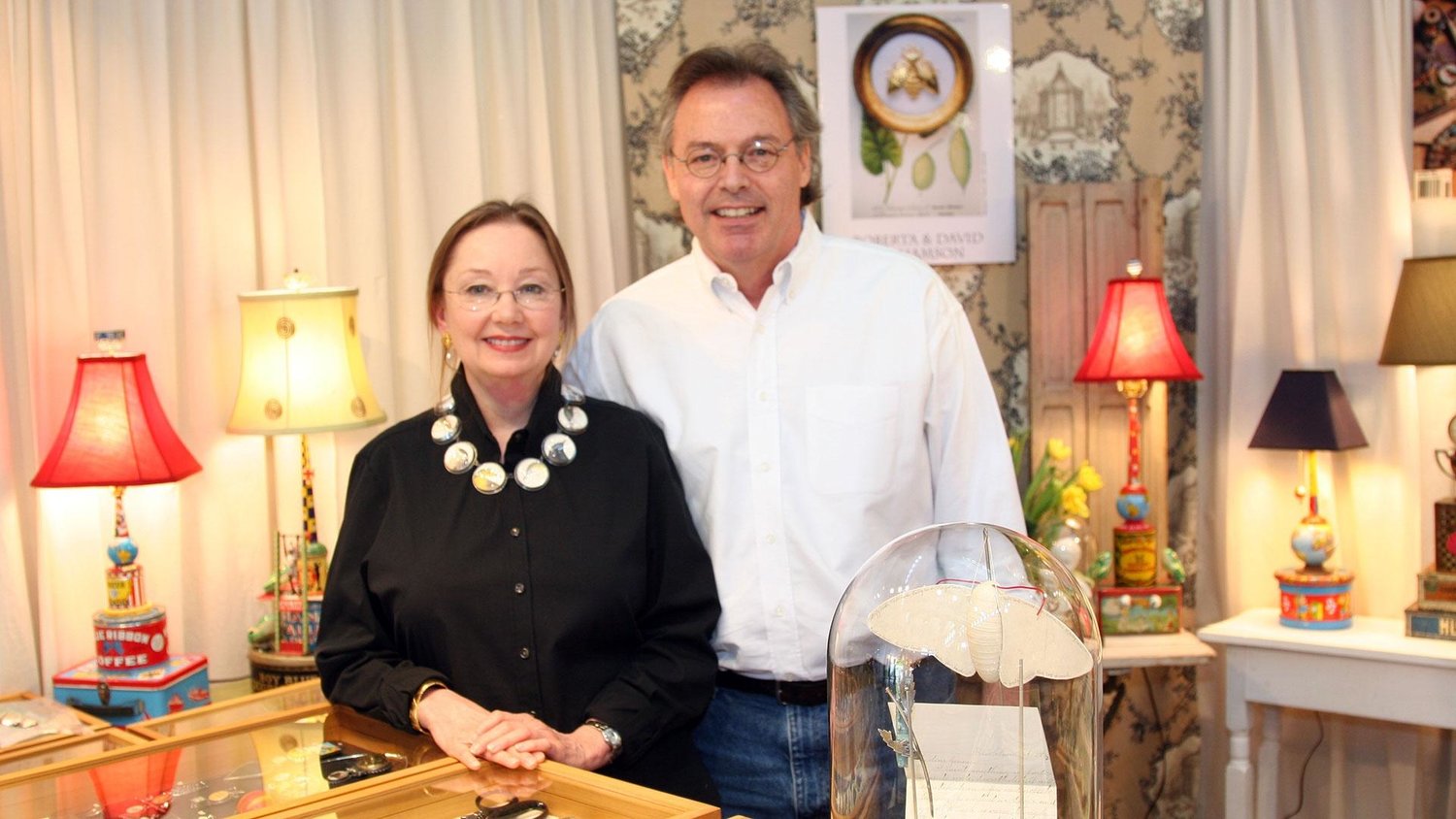 Roberta and David Williamson, whose works will be on exhibit at Gravers Lane Gallery from Nov. 10 to 15, are subjects in the ongoing Emmy award-winning PBS-TV series, “Craft in America.”
Posted Friday, November 6, 2020 11:14 am
by Len Lear

You might say that Roberta and David Williamson, both 71, whose works will be on exhibit at Gravers Lane Gallery, 8401 Germantown Ave., from Nov. 10 to 15 are superstars in the world of crafts. The Williamsons met when they were just teenagers and have spent 53 years together as collaborators with a shared vision of the world. They are subjects in the ongoing Emmy award-winning PBS-TV series, “Craft in America.”

As artists, they create jewelry and sculpture together, combining found and fabricated pieces from sterling, bronze, copper and gold. “We are always pushing ourselves with technical challenges,” said David in a recent interview, “whether it is the scale of the piece, the delicacy of soldering tiny sterling ant legs to a bronze branch or figuring out how to incorporate a found object that seems impossible to secure.

“Our studio is filled with thousands of found objects collected since childhood which offer inspiration and provide the materials for our pieces. It may take years of looking at a treasured tiny cameo, found in a dusty corner of an antique store in the countryside, but when the time is right, it comes alive in our story. As we work with the cameo, we are transported to another time and place where time falls away and everything comes to life.”

A spokesman for the Museum of Arts & Design in New York, which featured a show of the Williamsons' work in 2018, stated, “Roberta and David Williamson create jewelry that takes us back to a kinder, gentler aesthetic … Their work frequently references the garden, a metaphor for that wonderful, creative place in their minds where they conceive new ideas. Often exploring the concept of perfection in the imperfect, they include such details as a tiny chewed insect hole in a sterling silver leaf, which makes each piece come alive.”

Regarding the “Craft in America” TV series, David told us last week, “The exposure has had a tremendous impact on our careers … Our most favorite moment occurred at the Philadelphia Craft Show a few years ago when we were standing in our booth and heard a little girl's voice exclaim, 'It's her; it's her!' As she ran towards us, her mother explained that her daughters watch our segment of 'Craft In America' each night when they go to bed, and they recognized Roberta!”

“I come up with the basic ideas,” Roberta explained on “Craft in America,” and then “we gather the materials we have collected, thousands and thousands of treasures over the years. It is almost like a memory game, remembering the things that we have. I found the lid of a tea tin, for example, and then we think 'What does this evoke for us?'”

“We always have several pieces going at the same time,” added David, “so there's never a dull moment. I try to impress on students that they have to be working while another thing is in the acid. They can't just be sitting there with their feet up. That's the way it is with craftsmen. You try to utilize every minute. They are all precious.”

The Williamsons have won Best of Show at the Philadelphia Museum of Art Craft Show, The American Craft Exposition, The Chicago Botanic Garden, Best in Jewelry, The Smithsonian Craft Show, etc. They received the Lifetime Achievement Award from Ohio Designer Craftsmen, and Roberta was named a Living Treasure of the State of Ohio by the Toledo Museum of Art.

Bill and Hillary Clinton have one of their pieces. It was given to them by Hillary’s college classmates when she admired one of their brooches on a former classmate when the group had a party at the White House. “We thought that was a lot of fun,” David told us. “It incorporates a Clinton/Gore campaign button carried by the figure of a fabricated sterling man.”