Cresheim Valley Drive between Navajo Street and Cresheim Road will remain closed for some 6 months, from the end of August through early 2022. 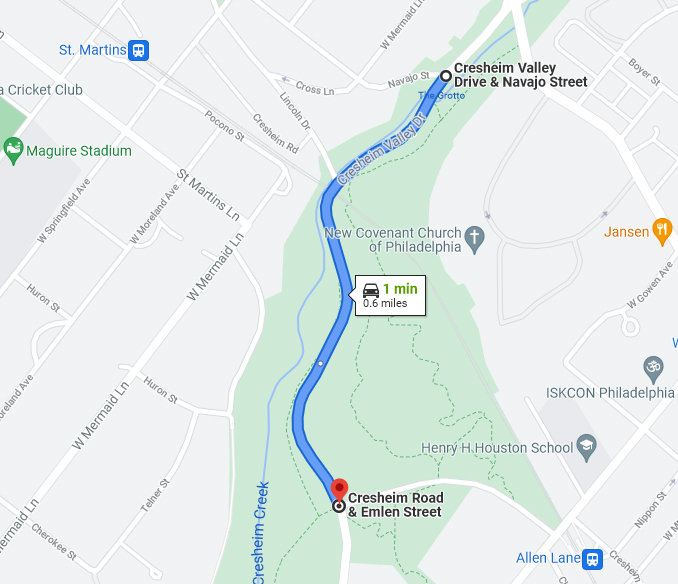 The Philadelphia Water Department (PWD) announced this week that they will soon begin a large construction project to install new sewers along the portion of Cresheim Valley Drive between Navajo Street and Cresheim Road. PWD has stated that the work will require the complete closure of that portion of the drive, and it is anticipated to remain closed for some 6 months, from the end of August through early 2022.

Traffic coming into Chestnut Hill from that side of Mt. Airy will be directed to instead take Allen Lane (now open again following bridge replacement) to Germantown Avenue. The McCallum Street Bridge (to the south) and Stenton Avenue (to the north) will also continue to offer access between Chestnut Hill and Mt. Airy.