The Philadelphia Cricket Club has taken the image off of the entrance signs at its two club locations and announced a plan for the continued use of the logo only within club facilities. 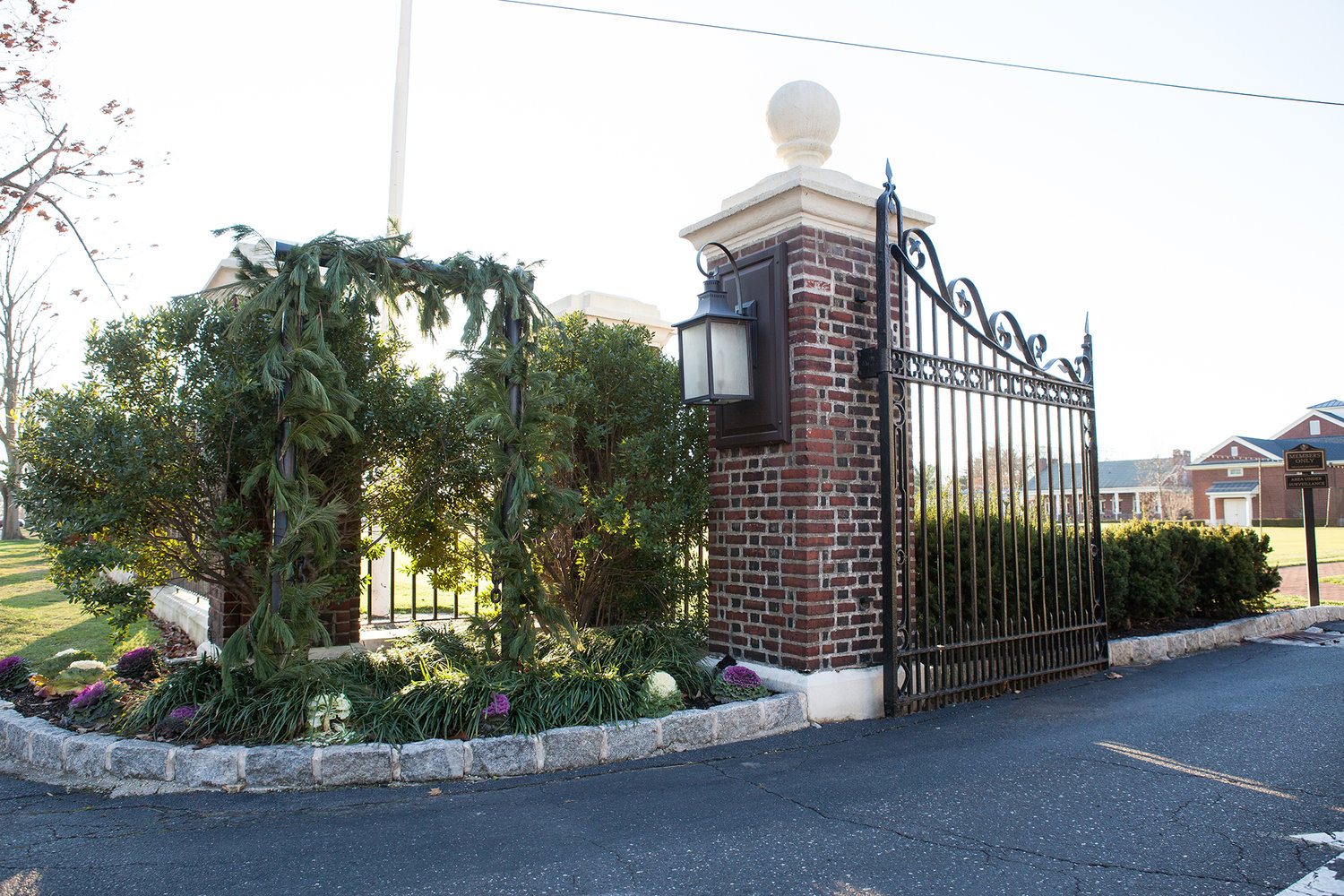 In response to a petition calling for the removal of its Native American logo, the Philadelphia Cricket Club has taken the image off of the entrance signs at its two club locations and announced a plan for the continued use of the logo only within club facilities.

“The Club logo has become a point of controversy for some members and a few others in the greater community,” stated a letter sent by the club’s Board of Governors to its membership the day after Thanksgiving, on November 27.

In July, the board received a petition signed by 189 members who believed the logo to be offensive and called its continued use “regressive and inflammatory,” as it depicts a Native American head hovering above a cricket stick and a golf club. The board has also since received a petition representing 176 memberships which are in favor of keeping the logo.

“Recognizing that the membership is polarized on this issue with strong views on both sides, the Board of Governors unanimously determined that compromise is necessary,” states the letter.

The Plan of Action announced by the club states that PCC “will no longer use its historic logo on materials intended for non-members.” The club will make the “historic logo available on merchandise for those who prefer it.”

The plan does not outright abolish the logo, and while it includes changes, the compromise decision is seeing mixed responses among those who requested the logo’s removal.

“There are some members who believe internal preservation of the logo and external removal is forward progress and ‘good enough for now,’” said Jason Wingard, a member of the club who wants to see the logo abolished. “But our family saw it as an opportunity for an absolute decision—not a compromise. We recognize this level of ‘progress’ as simply hiding support for the logo publicly while privately continuing to proudly represent it. Our teenagers pointed to actual progress with several prominent organizations recently retiring their historical, yet offensive logos [Washington Redskins, Land O’Lakes, Cleveland Indians] and emotionally questioned how our membership could justify not taking the same action.”

The logo is currently in use on materials such as club menus, letterheads and the website. What are considered member materials and nonmember materials were not detailed in the letter and the club could not be reached for comment. The board has asked for patience among members while it gradually phases the logo out in some places and the plan makes suggestions for how the club could be practice more awareness in its use of the logo.

“The Executive Committee and Board further recommend that our ongoing use and affinity for our historic logo should not continue in a vacuum,” reads the letter. The board writes that the club should hold events to raise money for the American Indian College Fund and that there should be displays in the club which explain the logo’s historic significance and acknowledge Native Americans.

"The historic PCC logo is a visual reminder of the history and people who used this land before us,” reads the letter. “If our logo is intended to honor them, then we should do so in a meaningful and beneficial way.”

Some members believe this is a step in the right direction.

“I think their solution is a reasonable compromise,” said John Jeka, a member of the club who signed the petition for the logo’s removal. “… the beginning of a longer discussion.”

An email supported by 230 members who support the changes underway, including those who initiated the petition to remove the logo, also expresses gratitude.

“We appreciate that this was one of many important Club issues that you have had to navigate during a particularly difficult year,” reads the letter emailed on December 4. “We also appreciate that it was not a simple resolution, given the conflicting positions on the topic amongst membership.”

The compromise that you outlined makes good sense and seems in the best long-term interest of the Club. We hope that other members will come to appreciate the significance of this change and embrace your thoughtful suggestions as we move forward.”

But others are wary of whether a future discussion will occur and do not see any indication in the plan that another review will take place.

“Is this the beginning of a journey? Or is this, we did what we needed to do and we’re done,” asked Molly Linehan, another club member who signed the petition to see the logo removed. “I couldn’t tell from the letter and I need more information. I am not comfortable with just saying, we’re just changing the non-member logo and keeping the member logo. To me, that’s not in line with my family’s values.”

Linehan and Wingard contend that the club has not acknowledged that the use of the logo is fundamentally wrong, as viewed by the people it is supposed to honor and this was one of the main motivations for the petition.

The original letter sent to the board in July quotes a member of the Leni Lenape tribe as saying, “Having such mascots is NO HONOR! It is an INSULT!” in response to what the petition deems “a myth,” that the logo pays homage to the Native Americans who lived on the land the club now sits on.

Both Linehan and Wingard acknowledge that they, and many others who oppose the logo, joined PCC when the image branded the entrance signs and became paid members of a club with a logo they disapproved of.

“To be clear, many members have disliked the logo long before now, including our family,” said Wingard. “But, in 2020, a national movement erupted that challenged our citizens and institutions to reconsider objectionable symbols, policies, and practices. In this renewed context, we should not continue to condone an offensive stereotype in any way.”

Both Linehan and Wingard have paused their memberships to the club, and their future actions depend on what happens next at the club to address the image if anything.

“Our hope is that a new discussion will ignite that reevaluates whether the ongoing representation of a racist symbol truly reflects the ‘new era’ institutional values of the club,” said Wingard. “But, as of now, the case has been deemed closed and we, as a family, are unwilling to endorse its continued usage.”