The excitement is palpable at Philadelphia Boys Gymnastics, a large, state-of-the-art facility just off Roosevelt Boulevard at Wissahickon Avenue in East Falls. A seventeen year-old executes … 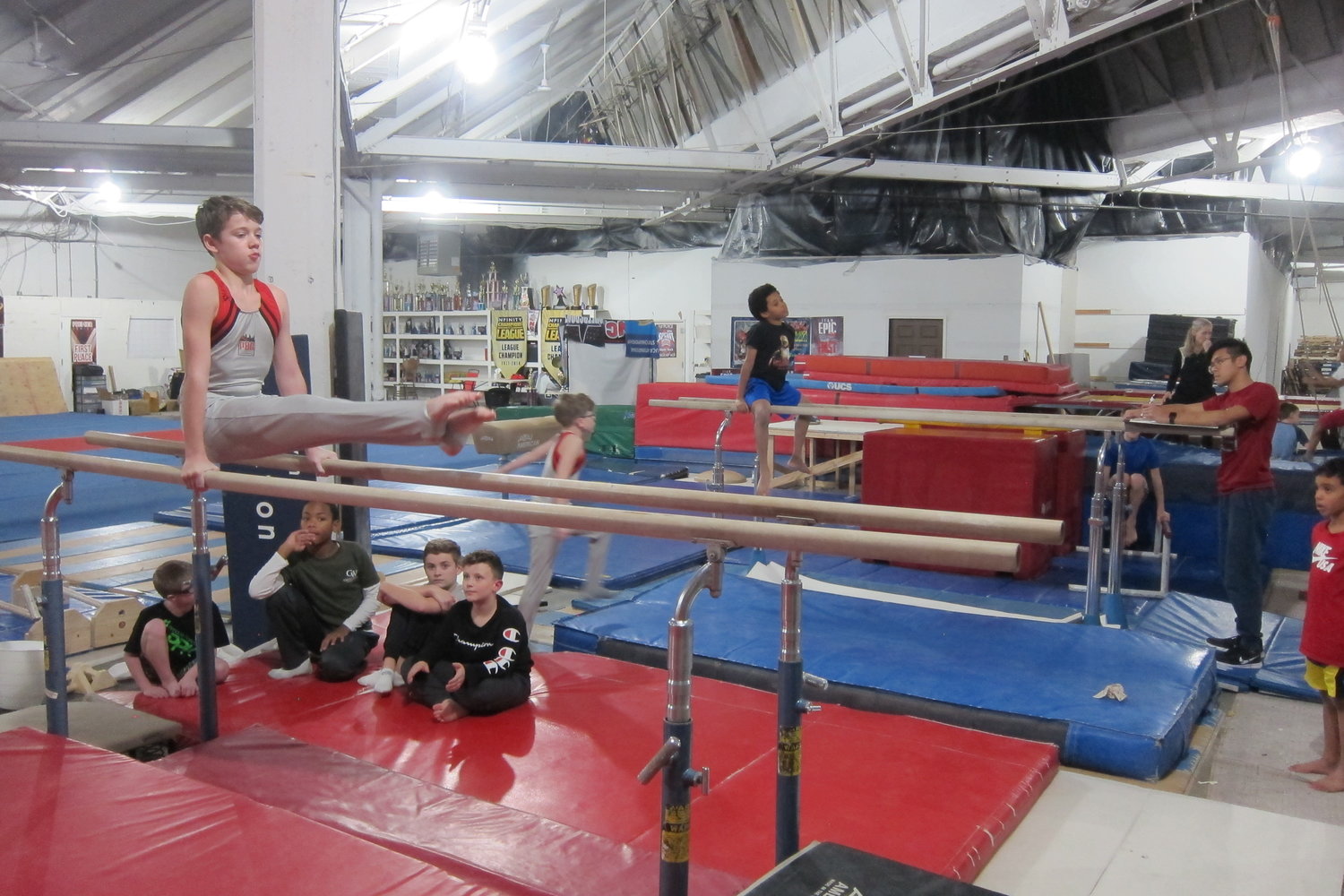 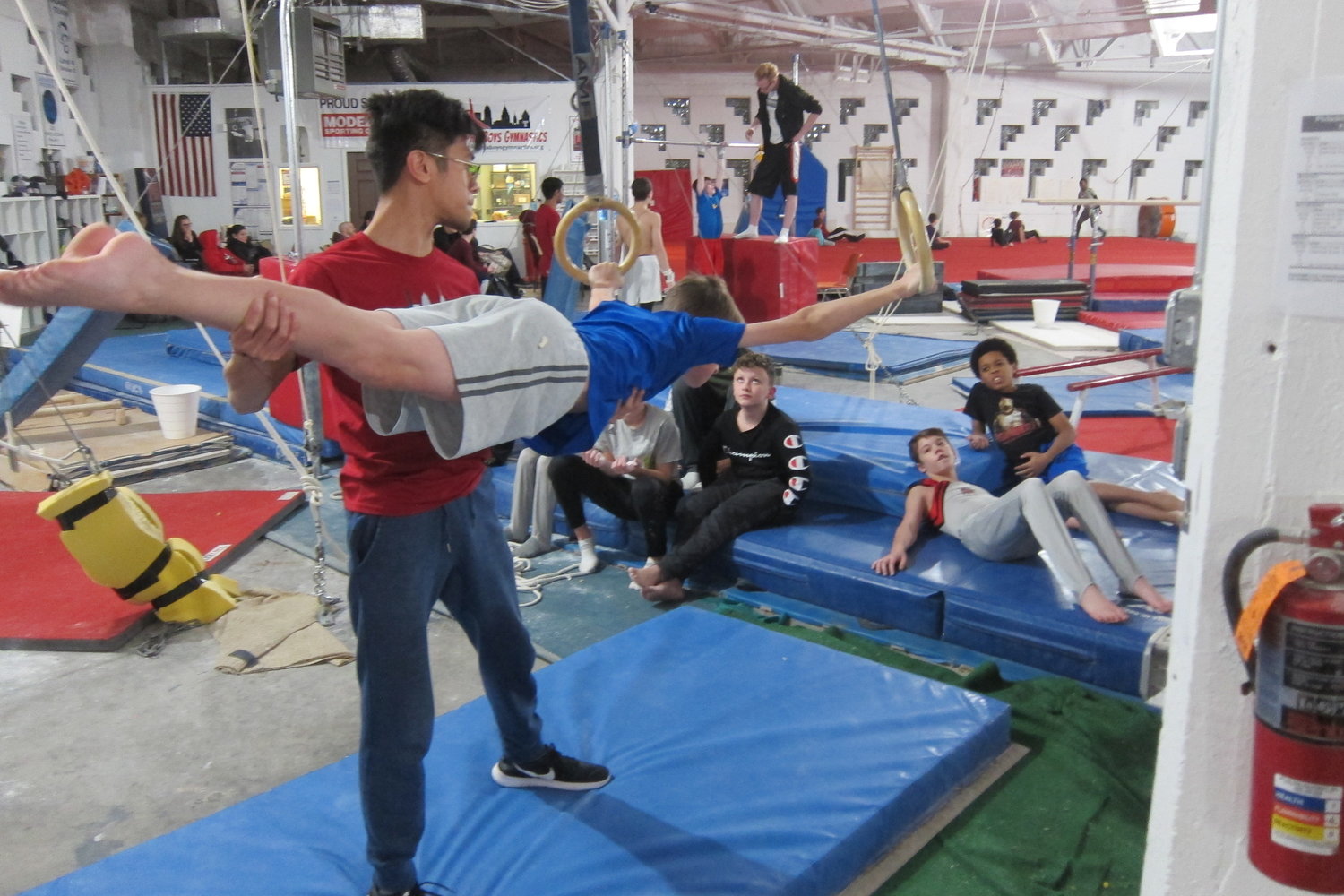 Learning on the rings. 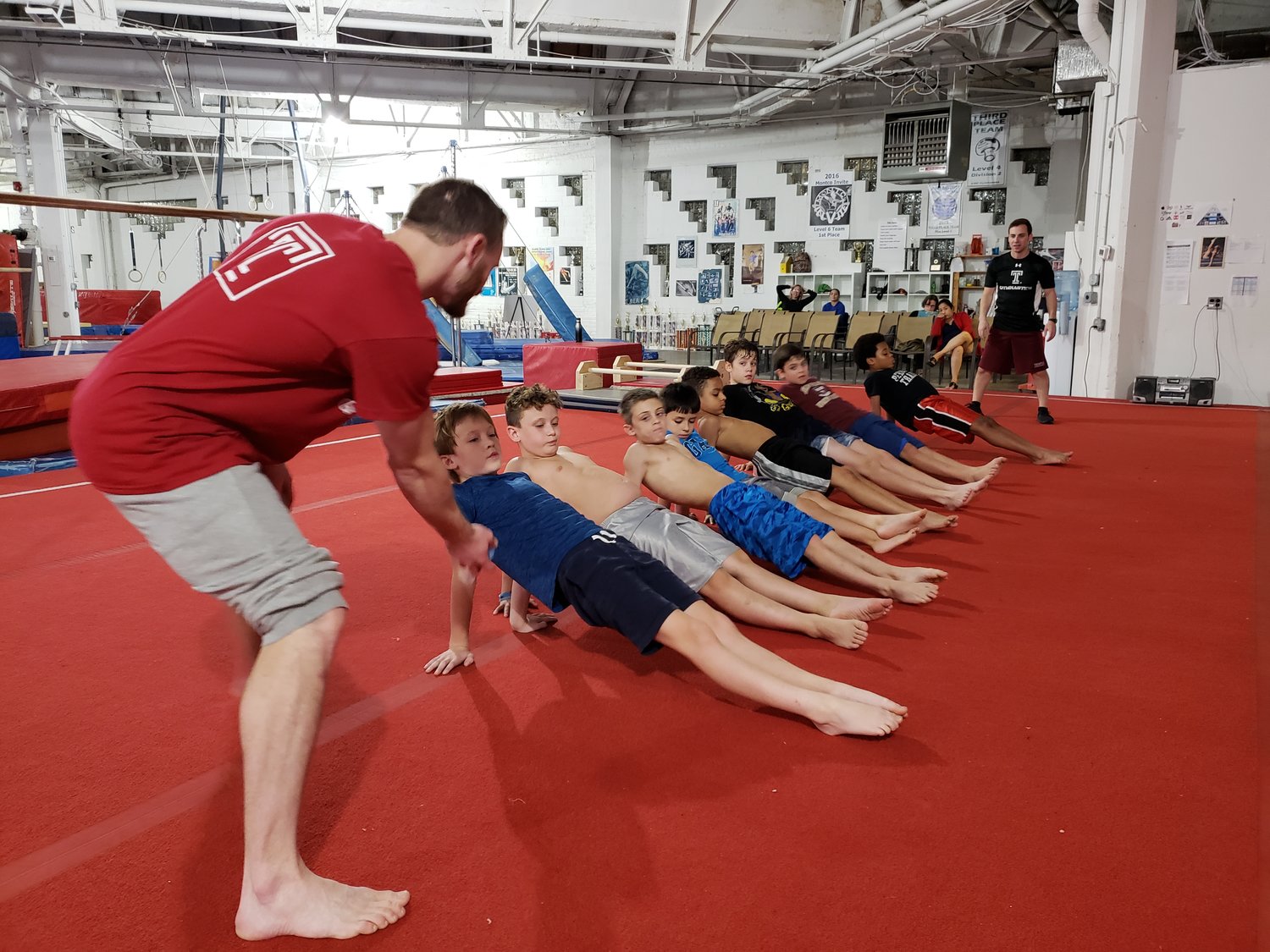 The excitement is palpable at Philadelphia Boys Gymnastics, a large, state-of-the-art facility just off Roosevelt Boulevard at Wissahickon Avenue in East Falls. A seventeen year-old executes somersaults on the trampoline. A cluster of twelve year-olds show off their stamina on a pommel horse known as a “mushroom.” Meanwhile, a coach instructs a seven year-old how to dismount from a high bar. Above it all is the cacophony of kids in a state of bliss.

PBG, the only high-level boys’ gymnastics club in Philadelphia and one of the only gyms in the country dedicated specifically to boys, has become a magnet for aspiring gymnasts all over Northwest Philadelphia and beyond. It is the only program in the city that offers training toward competition in the USA Gymnastics Junior Olympic Program for boys ages five to eighteen.

“We offer life-changing opportunities for area youth so that they can realize their individual potential by developing in a safe, professional and challenge-seeking environment,” said Fred Turoff, PBG founder and Program Director. “We opened in 2015 with thirty students and now have 250.”

Located in the same industrial complex as Material Culture, PBG has 17,000 square feet of space and all the necessary equipment and highly skilled instructors to safely train and motivate kids on every aspect of competitive gymnastics.

And it is competitive, as a recent visit to the center made clear.

Renita Thomas, whose 10-year-old son insists on swinging from metal bars nine feet above the ground,  smiled with pride. “Brian has been doing gymnastics since he was seven,” she said. “He had been going to a center in Upper Merion, but it was slanted towards girls. Brian wanted more advanced training focused on boys.”

Dr. Gunjan Kahlon , an internal medicine specialist, put down her laptop to watch her thirteen year-old son Arjun practice on the parallel bars. “This program is extremely supportive,” she said. “They foster team spirit. My son calls the other boys his brothers.”

However, Kahlon’s biggest satisfaction is not related to her son’s improved social or athletic skills, but to his academic success. “Arjun attends Germantown Academy in Fort Washington and his grades have improved since he started here,” she said.

This explains why Thomas, who lives in Wynnewood, and Dr. Kahlon, who resides in Abington, along with parents from almost every neighborhood in the City, including Chestnut Hill and Mt. Airy, enroll their sons.

If the next Simone Biles is doing hand-stands in your house, not to worry. PBG opened sessions for girls in January 2021. “We offer beginner classes for girls that do not overlap with the advanced boys classes,” said Turoff. “We now have over thirty girls learning with us.”

“We have all the required apparatuses: full floor exercise, pommel horse, high and low rings, vault table, parallel bars, horizontal bars, trampolines, uneven bars,” said Turoff. “All the coaches are college-level athletes currently competing or recently finished, which is a great way to show participants that gymnastics can be a lifelong sport.”

With so many other athletic activities available, why introduce your son or daughter to gymnastics? “Because it develops strength, agility, timing and balance,” said Turoff. Plus, boys who may not have the height or weight for football or basketball often excel in gymnastics.

PBG is a 501(c)(3) non-profit and parents are a key component in its success. As members of the PBG Parents’ Association, they provide moral support and volunteer at the Philadelphia Boys Invitational and by raising funds to defray expenses incurred by the team. There is also a scholarship fund available for parents who are in need of assistance.

You could say that Turoff wrote the book on gymnastics. His textbook, Artistic Gymnastics-A Comprehensive Guide to Performing and Teaching Skills for Beginners and Advanced Beginners, was released in April, 1991 and adopted by the U.S. Junior Boys’ program as its coaching manual.

“I grew up in West Oak Lane and became involved in gymnastics at an early age,” said Turoff. “I studied physics at Temple University and was a member of their gymnastics team.”

An avid scuba-diver and underwater photographer, Turnoff lives with his wife Diane Eigner in Fairmount. Their son Evan is a gymnastics coach at the US Military Academy.