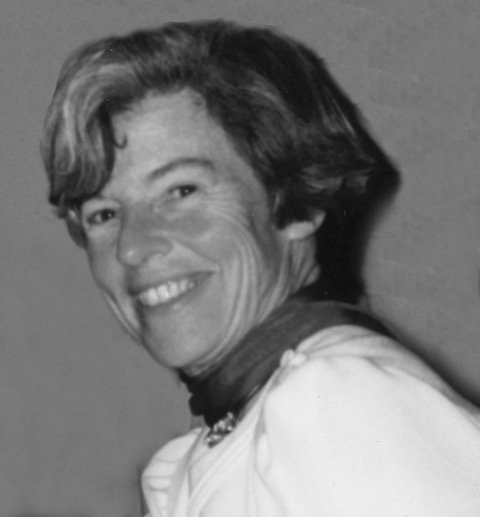 Ellen is best described as a blend of President Teddy Roosevelt, with his love of nature and the wilderness, and Eleanor Roosevelt’s passions for public service, civil rights, and journalism.

“Mellen”, as she is affectionately called by her 6 grandchildren, was an inspiration to them all and led several to pursue careers in landscape architecture, community activism and a love for nature, travel to exotic places and adventure.

After attending Vassar College, she married William F. Newbold in 1949 and had 3 sons William, David and Fitz Eugene. After later completing her college degree with a BA from the University of Pennsylvania while raising her 3 sons, Ellen began her career at age 30 with the Chestnut Hill Local as a journalist and editor and staunch supporter of the Chestnut Hill Community Association (CHCA).

Founded in 1948, CHCA was instrumental in restoring the historic town of Chestnut Hill as Philadelphia was rapidly spreading out to the suburbs leaving many of the beautiful historic buildings on “The Hill” abandoned and deteriorating. While head of the Local from 1958 to 1972, the paper became the mainstay of the community and an important voice for the CHCA, and to this day serves as a public forum for residents and stakeholders in Chestnut Hill.

Chestnut Hill, while part of the city of Philadelphia, back in the 1950s and 60s needed the special efforts of the Community Association for fund raising and the expertise to address the many issues of parking, landscaping and saving the beauty of the streets and demolition of the handsome stone buildings of late 19th century and early 20th century. Uniquely to this day, the Local, though no longer owned and operated by CHCA, serves as a sounding board for development, land use planning and zoning issues in the community. An important part of her legacy is that the Association and the Chestnut Hill Local continue today to be as vibrant and active as ever.

Not content with just local Chestnut Hill topics, she used her editorial position to advocate on issues for racial justice, confronting corruption within Philadelphia’s government and opposition to the Vietnam War and later the invasion and wars in Iraq and Afghanistan. She also joined several delegations under the guise of religious groups and later the Witness for Peace participated in fact-finding missions to Nicaragua, Guatemala, Cuba and Haiti during the 1970s and 1980s. Along the way she supported notable activists of the time such as Ralph Nader for his stances on consumer protections, environmentalism and government reforms – and Hillary Clinton – to name a few.

All this while not neglecting the education of her 3 young sons!

She led the family on adventures rafting down the Green & Colorado Rivers, tours of Spain, Italy and France and frequent trips to Maine. And as a member of the Audubon Society bird-watching expeditions to the Pocono mountains to count migrating falcons with a close family friend, ornithologist and school teacher Perot Walker. This led to sons and friends to recognize bird calls and keep a lifetime log of all bird encounters. And did her best to instill the joy of music and passion for gardening and horticulture.

After 14 years as editor of the Chestnut Hill local, she resigned her position in 1972 to pursue other interests in gardening and horticulture and received a Masters Degree in Landscape Architecture from Temple University in 1976. She remarried Lloyd Wells who had been a president of the Chestnut Hill Community Association and was the inspiration and fund raiser for many of the Hill’s improvements.

Ellen and Lloyd then moved to the wilds of Maine to an old hunting lodge in Crawford, Maine where she exhibited her passion for gardening by building a huge garden full of both flowers and vegetables and landscaping around the many cabins. They later moved to the coast of Falmouth, Maine where she continued making beautiful gardens. She also purchased a small cabin with no electricity on the remote island of Isle au Haut, Maine and was very early to the use of solar electric power. And became friends with the small island community, notably Linda Greenlaw who was a fishing boat captain in the book  “The Perfect Storm” and later author of the deep sea fishing book “Seaworthy”.

And of course, Ellen remained an activist, now focused more on Maine organizations such as the Nature Conservancy, Citizens Against Gun Violence and several women’s and church organizations. Lloyd Wells being an accomplished pilot would take them on seaplane trips exploring the lakes and coasts of Maine as well as far-flung trips down to Florida and remote corners of the U.S.