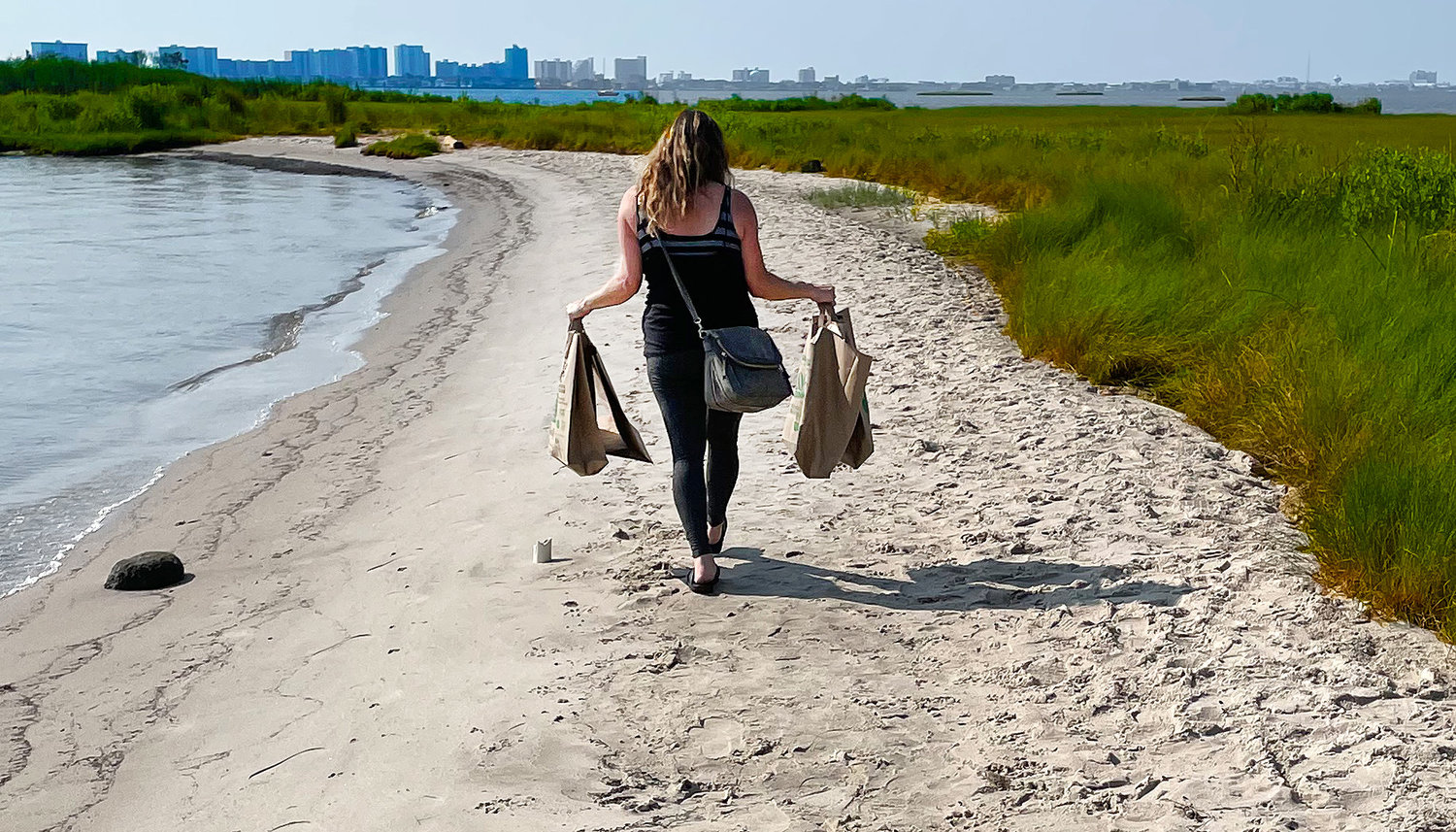 A cautionary tale for anyone finally getting away for the first time in a year.
Posted Wednesday, July 21, 2021 9:00 am
by April Lisante

As I cooked a meal for eight over a hot indoor stove, intermittently hustling to set the table and pour iced teas, I realized I really hadn’t thought this through.

The day before I left for the week, I spent the requisite hours, while everyone else played video games or sat draped across the sofa watching TikTok at home, cleaning out the fridge, giving neighbors ripe produce before it could expire, packing coolers of other foods I wanted to bring so they wouldn’t go bad, and freezing whatever else was left that I could save.

That didn’t count the hour or so I packed up food to take in the car for dinner for everyone.

When I finally arrived at the beach, I literally unpacked the car and headed – you guessed it ­–  to the grocery store. For the next hour, I loaded up on a week’s worth of kids’ snacks, drinks, breakfast food, grillable dinners and fruits and veggies. And water bottles, and butter, and condiments. Yes, basically the only other things I’d left in my fridge at home.

The grocery store wasn’t my Flourtown Giant, but it did have a Starbucks and some rad 80s music, and  so might as well have been, because I felt like I was at home.

I know, I know, that’s what everybody does when they go to the beach. They get food for the week. Stop complaining, April. But this year was different. After months of cooking at home, I’ll be honest – because that’s what I do in this column –  this was the last thing I felt like doing.

So here’s where I went wrong, and here is my cautionary tale for anyone finally getting away for the first time in a year, anyone who is sick of making chicken fajitas and hot pasta in 90-degree heat every night.

First off, I should have preordered groceries and had them delivered to the vacation house. I should have gone online during the three-hour car ride and Instacarted the heck out of that grocery list.

And if I had ordered, I would have chosen precooked ribs, rotisserie chicken and other foods that didn’t require dressing salads and sprinkling ten different herbs on meats like I do when I’m in my own kitchen at home. No, instead I bought fresh chicken, salmon, chopped meat – all the same foods I’ve made at home for 18 months that require double kitchen duty.

At one point on the third day of the trip, as my husband grilled three different foods to make the whole crowd happy, and I cooked up a mushroom ragout to top the burgers and couscous for the side, I knew I was bordering insanity.

It wasn’t only dinner that posed a problem. Even in the morning, the insanity continued. As my husband fired up the waffle iron and chopped up fresh fruit, I was packing lunches for the beach. It harkened all the way back to June – just like the good old school days at home.

Some restaurants told me they were booked two weeks out. Others had lines winding out the door by 5 p.m., as I achingly eyed fun, packed tiki bars on my drive home from the beach. Other places we tried said to come at 4 or 4:30 for dinner if we wanted a seat because they didn’t take reservations. We did show up one night for the early, early bird dinner and guess what? My teenagers were hungry again by 8 p.m. so we made them a second dinner later at home.

In hindsight, we might have ordered dinner out and taken it to the beach and had a lovely picnic, or called and made reservations at restaurants the week before we left. I’ve filed those gems away for next year.

So what did I learn? I learned that sometimes, no matter how much one loves to cook, everyone needs a break now and then.

I was thinking that very thing as I headed to Giant the day we got home. The fridge at home was empty, and it was time to refill it for this week’s meals.