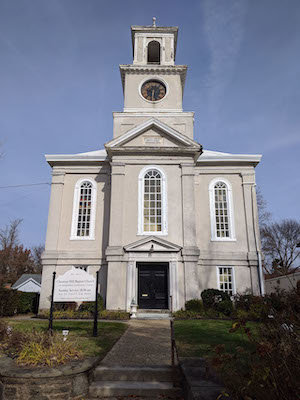 When William Penn secured a royal charter to establish the Province of Pennsylvania in 1681, he established a policy of religious tolerance. He knew religious intolerance first hand.

Born in 1644 during the English Civil War, he grew up in the midst of the religious and political chaos that resulted from the Protestant Reformation a century before. Ever restless and curious, he converted to Quakerism in 1666. In 1683, he sold 15,000 acres of his new land to Daniel Pastorius, who represented a group of German religious dissenters. That land became the German Township, including Chestnut Hill.

The Reformation had unleashed a bewildering profusion of new religious groups in northern Europe and the UK. Anglicans, Presbyterians and the German and Dutch Reformed Churches predominated, but the smorgasbord included Calvinists, Lutherans, Anabaptists, Mennonites, Amish, Pietists, Moravians, Brethren, Quakers, Seventh Day Baptists, regular Baptists, and on and on. Penn and Pastorius brought some of that glorious confusion to Chestnut Hill.

A year later, Johannes Kelpius, a German Pietist and mystic, arrived with a group of celibate followers and settled in the Wissahickon to await the end of the world (as predicted by the Book of Revelation). When the world did not end, they stayed, living.

In a community that included ladies known as "The Society of the Women of the Wilderness.” The cave in which they are believed to have awaited the fateful day remains today in the woods.

After Kelpius, the earliest known organized congregation was the Whitemarsh Reformed Church that met from 1710-1745 in a privately-owned mill building near what is now Chestnut Hill College, but then disbanded.

The number of local residents grew slowly, and the area remained predominantly rural. No houses of worship were built in Chestnut Hill for another hundred years until various non-conformist churches were founded in the 19th century, continuing the varied religious leanings of Pastorius’ early settlers but reflecting the religious fervor of that century. 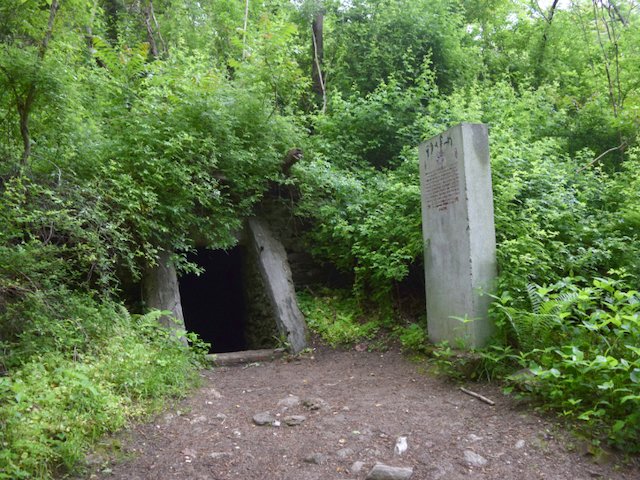 The completion of what is now known as the Chestnut Hill East railway line in 1854 brought many changes, including new and more prosperous residents. Those living in the large suburban villas constructed near the terminus were more likely Episcopalian or Presbyterian, or soon converted to those more fashionable denominations.

The Episcopal Church arrived in 1856. Prior to that time, the nearest Episcopal churches were in Germantown or Saint Thomas' Church in Whitemarsh. The small first church at Saint Paul’s was soon constructed on East Chestnut Hill Avenue, and remains today as the parish hall.

As the number of Episcopalians increased significantly with the extensive upscale housing development toward the end of the 19th century, the current far larger and grander church building was opened in 1928, designed by noted architect Clarence Zantzinger. In the meantime, the Houston family had founded a second Episcopal church on the west side, Saint Martin-in-the-Fields, designed by the Hewitt Brothers and completed in 1889.

The Presbyterian Church also grew locally in the late 19th century, and, after some discord and moving about, constructed its current handsome building near Chestnut Hill Hospital.

The number of local Catholic residents also grew during the 19th century with Irish immigrants fleeing the Great Famine and finding employment in the big houses. Despite Philadelphia’s painful antiCatholic history as recently as the riots in 1844, Joseph Middleton, a Catholic convert, bought land and paid for the construction of the first building at Our Mother of Consolation in 1855 on East Chestnut Hill Avenue, a particularly prominent location. That congregation continued to grow through the late 19th and early 20th centuries. In 1858, the Sisters of Saint Joseph founded what is now known as Chestnut Hill College, which has also grown and prospered.

Chestnut Hill has never had a synagogue, but our Jewish neighbors are served by a number of synagogues in adjacent neighborhoods.

Surprisingly, given that Quakers founded Pennsylvania, there was no Quaker meeting in Chestnut Hill until the early 20th century. Local Quakers would have had to travel to Plymouth Meeting, Germantown or Abington. Finally, in 1924 a group of local families split off from the Germantown Meeting. Their first building was completed in 1931, and has recently been replaced with a handsome new meetinghouse featuring its famed Skyspace by contemporary artist James Turrell. That elegant sculpture brings us full circle to the spiritual inspiration of nature in our current day.