Flix: A look back at 'Dunkirk'

A scene from Christopher Nolan's "Dunkirk." by Bill Wine Each week, veteran film critic Bill Wine will look back at an important film that is worth watching, either for the first time or again. On …

Flix: A look back at 'Dunkirk' 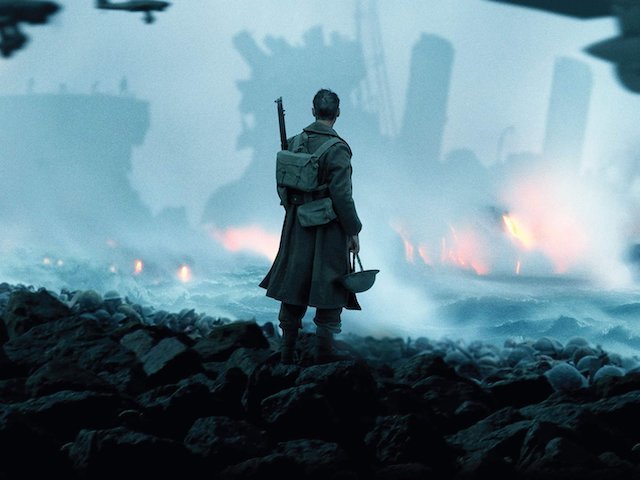 A scene from Christopher Nolan's "Dunkirk."

On the surface, “Dunkirk” doesn’t seem like a Christopher Nolan movie. So much for surfaces.

Because what this World War II film shares with most of the other works of the world-class, visionary director of such films as “The Dark Knight,” “The Dark Knight Rises,” “Batman Begins,” “Inception,” “Interstellar,” “The Prestige,” “Memento” and “Insomnia” is a level of craftsmanship, intelligence, and quality that can take your breath away.

Technically, he does it again with this 2017 war drama. But in terms of the film’s emotional impact on us, he falls somewhat short of his level of accomplishment in his most triumphant works.

Still, we’ll take this experimental, experiential, immersive experience from one of our most gifted directors.

“Dunkirk” is a survival story – with fictional characters – about a pivotal military occurrence, Operation Dynamo, that took place before the United States entered the war.

It’s a historical action thriller about an astonishing rescue over the course of eight days.

This true story – familiar to the British, but not to the rest of us – was the subject of a 1958 film, involving the miraculous evacuation of the British Expeditionary Force and other Allied troops from Great Britain, France, Belgium, Holland and Canada during a fierce battle from the small French seaport of Dunkirk and across the English Channel that took place in 1940.

An amazing 300,000-plus soldiers who had been pinned down, cut off, and trapped by the German army were saved.

Writer-director Nolan tells his lean, intense history lesson from three perspectives: land, sea, and air. And he mixes three different time frames together in a way that chances being confusing.

But he tells his story overwhelmingly visually, with a minimum of dialogue – establishing and delineating character through action, not conversation – and generates a good deal of nail-biting suspense.

And while he pays a price in terms of emotional involvement by addressing the ensemble effort and the epic sweep rather than the personal aspect of characters portrayed by his principal players – Kenneth Branagh, Tom Hardy, Mark Rylance, Cillian Murphy, Harry Styles and newcomer Fionn Whitehead – he certainly keeps the tension humming.

As the story unfolds, it seems inevitable that either surrender or annihilation will be the outcome. But that’s not the case in a film that can be seen as a feature-length version of what Steven Spielberg attempted and accomplished in the first half-hour of “Saving Private Ryan”: capturing and conveying the visceral experience of warfare up close and terrifyingly personal as soldiers face death.

“Dunkirk” is nothing less than a master class in visual storytelling from Christopher Nolan, who hereby performs a rescue mission on the most remarkable rescue of World War II.