Flix: “A Star Is Born” is born again

Lady Gaga (left) and Bradley Cooper in the sensational remake of “A Star is Born.”[/caption] by Bill Wine Gaga. It's the one word that sums up a suitable response to the latest version of "A …

Flix: “A Star Is Born” is born again 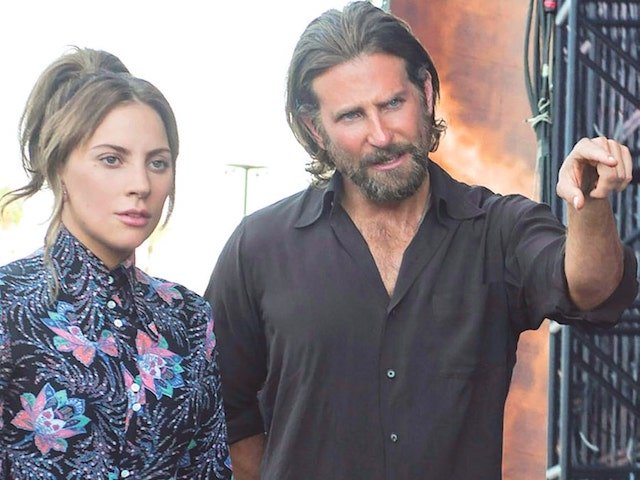 Lady Gaga (left) and Bradley Cooper in the sensational remake of “A Star is Born.”[/caption]

Gaga. It's the one word that sums up a suitable response to the latest version of "A Star Is Born," a remarkably rich remake in which an actress is born, a director is born and a very old, challengingly familiar movie plot is reborn.

"A Star Is Born" was born in 1937, when William Wellman directed Janet Gaynor and Fredric March.

It was first reborn in 1954, when George Cukor directed Judy Garland and James Mason.

In 1976, it was born again, with Frank Pierson directing Barbra Streisand and Kris Kristofferson.

All were acknowledged, one way or another, at Oscar time.

Now it's here again, with debuting Bradley Cooper directing Lady Gaga and himself.

And if the fourth outing isn't the most accomplished and endearing of the quartet, it sure is close.

Somehow, the film is simultaneously intimate and majestic, which is already an accomplishment of note. But its core can probably be most aptly captured by answering three questions:

Can Lady Gaga act? Can Bradley Cooper sing? Can any contemporary juice be squeezed out of this narrative?

An emphatic yes on all three counts.

The romantic musical drama looks in on Cooper's iconic Jackson Maine, a hard-drinking country singer and movie star wearing a metaphoric backpack stuffed with family-connected demons, and Gaga's Ally, the aspiring and delivering singer and actress unsure of herself and her talents whom he meets, mentors and marries.

You know the drill: she enters as he exits, she rehearses while he drinks, she resounds as he resents, she soars while he falters.

We've been here before, to be sure, but, in a remarkably assured debut in the director's chair, Cooper, breathing new life into a Hollywood staple, makes it feel freshly observed, working from a thoughtful, no-need-to-reinvent-the-wheel script about fame and ambition that Cooper co-wrote with Eric Roth and Will Fetters.

Which is not to overlook Cooper's self-directed performance – no easy task under any circumstances – as a Maine attraction on the way down from the mountaintop, battling demons and self-destructiveness with decided downheartedness.

It's at the very least a reminder that four of Cooper's Oscar nominations thus far have been for acting, although it's certainly not his only prodigious skill.

The intensity he maintains and the revealing closeups he highlights in mid-performance are just two of the weapons in the actor-director's arsenal that will make it easy for him to recruit cast members down the line.

As for first-time leading lady, she of the golden pipes who, like her character, hijacks center stage, Gaga somehow manages to fit smoothly into the ensemble and yet stays anchored in reality at the same time that she brings that astounding, larger-than-life voice of hers into the spotlight as if it had been waiting for, and fitted to, her since birth.

So, yes, both individually and together, the co-leads ace their chemistry exam.

The musical numbers, which the co-leads contributed to and recorded, pack a punch and linger in the memory, disarming viewers inclined to dismiss this as the proverbial showbiz weepie.

But it's a lot more than that.

It's an absorbing and affecting musical melodrama and one rousing reboot.

“A Star is Born” is currently streaming on HBO and available to subscribers. Bill Wine is an Emmy-winning film critic who served in that capacity for television station WTXF and radio station KYW Newsradio in the Philadelphia market. He was also a tenured professor of Communication at La Salle University as well as a produced and published playwright. He lives in Chestnut Hill.

Hill manager a singing star in other languages

Isabel Catalan’s first public reading was a big one

Germantown pair coaxes heart and soul into their photos