Flix: ‘Manchester by the Sea’ – A melancholy masterpiece

Casey Affleck and Lucas Hedges in “Manchester by the Sea.”[/caption] by Bill Wine Each week, veteran film critic Bill Wine will look back at an important film that is worth watching, either for …

Flix: ‘Manchester by the Sea’ – A melancholy masterpiece 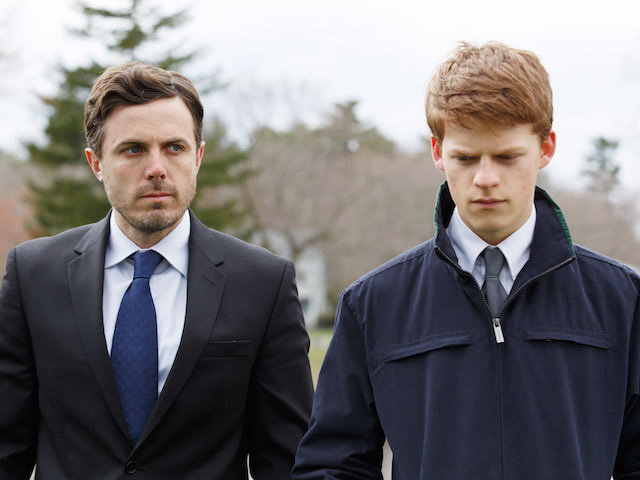 Casey Affleck and Lucas Hedges in “Manchester by the Sea.”[/caption]

Lee Chandler is a broken man.

We don’t know the reason why when “Manchester by the Sea” opens, but we soon will. And it will be difficult if not impossible to shake.

What we do know – what we can tell at a glance – is that this Boston janitor has shut down, that he has no comfort zone, that he makes little or no eye contact and is about as isolated and downbeat and pained and combative as a person ever gets.

He is, in essence, a dead man walking.

And the last thing he wants, for any reason, is to go back to the titular fishing village of his ex-life.

But that is exactly where he is summoned to when his older brother suddenly passes away and he is informed that his teenage nephew has been left in his care.

He reluctantly responds, but he finds himself fighting through a dizzying storm of crushing grief and suffocating guilt.

“Manchester by the Sea” is, as you can surely tell by now, one of the saddest movies ever made.

But don’t let that stop you from experiencing this smartly written, brilliantly acted, absolutely unforgettable drama.

Writer-director Kenneth Lonergan’s third and best outing follows “You Can Count on Me,” for which he was nominated for an Oscar for his screenplay, and “Margaret.”

“Manchester by the Sea” took home two Oscars in 2016 – for Affleck as Best Actor for his Lee Chandler and Lonergan for Best Original Screenplay. And the film was nominated for six Oscars, including Lonergan as Best Director, Michelle Williams’ turn as Lee’s ex for Best Supporting Actress, Lucas Hedges’ outing as Lee’s nephew for Best Supporting Actor, and – let us not forget – for Best Motion Picture.

If this emotional, character-driven piece accomplished nothing else, it would still be extraordinarily compelling as a showcase for three consummate performances.

First and foremost, Affleck’s reading of brooding loner Chandler is magnificent, an Oscar-worthy portrait so authentic and superlative, it takes your breath away and further elevates the film’s already devastating central tragedy in our collective memory banks.

Williams’ performance as Lee’s newly married and pregnant ex-wife is also fine, and she has one scene late in the film – it’s just a brief conversation, mind you – that is as electrifying and audience-shaking and absolutely indelible as anything you’ve ever experienced on a movie screen.

And Hedges contributes a superb turn, sneaking up on us with what seems an effortlessly natural and telling portrayal that belies his age and experience.

Lonergan – who also wrote the screenplays for “Gangs of New York,” “Analyze This,” and “Analyze That” – employs a complicated flashback structure that is never more than momentarily disorienting and serves his narrative well.

And the sense of place he lends to the New England seaside town is remarkable.

His formula-free screenplay is a mournful gem that is somehow strangely but unmistakably funny at times and never anything but real in its examination of what happens when someone is burdened with overwhelming tragedy.

Hope does indeed raise its head in this distanced life that the protagonist is living, and Affleck’s stunning, understated contribution makes this richly textured, resonant melodrama that much more heart-wrenching.

“Manchester by the Sea” is, quite simply, a melancholy masterpiece about unimaginable loss.

“Manchester by the Sea” is currently included in Amazon Prime Video.