Flix: Overlooked ‘Planet of the Apes’ trilogy succeeds where many franchises have failed

“War for the Planet of the Apes” is a magnificent ending of a trilogy that tells the story of Caesar and the first walking, talking apes. The trilogy are prequels to the original Charlton Heston …

Flix: Overlooked ‘Planet of the Apes’ trilogy succeeds where many franchises have failed 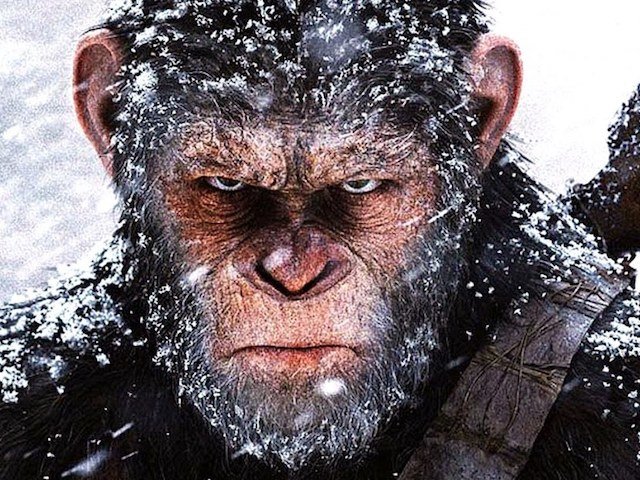 “War for the Planet of the Apes” is a magnificent ending of a trilogy that tells the story of Caesar and the first walking, talking apes. The trilogy are prequels to the original Charlton Heston sci-fi film.[/caption]

Here’s to yet another explosion of escapism about ape-ism.

And it’s the best one yet.

Because this threequel is not only a superb conclusion to the trio of “Apes” films, but stands on its own as a mesmerizing, exemplary motion picture that manages to be fascinating, exhilarating, and moving.

In short, it does everything right.

That is, “Rise” was solid, “Dawn” was terrific, but “War” was magnificent.

True, there was a lot for “War” to live up to, but it more than made its case as the top dog in a rebooted franchise.

Beautifully shot, smartly edited, inspiringly scored, and with a heart-wrenching finale that satisfied, “War” won the battle, and the war in its determination of which species would be dominant on Earth.

Matt Reeves (“The Pallbearer,” “Cloverfield,” “Let Me In”), who also directed “Dawn,” works from a great script, set 10 years after “Dawn,” that he co-wrote with Mark Bomback.

It picks up at a point at which the genetically evolved apes have suffered devastating losses in their war against humans and rebel leader Caesar, played once again by Andy Serkis, who, wrestling with his darker instincts, embarks on an uphill quest of vengeance in the name of his fallen companions.

Leading the humans in this war against apes is The Colonel, played by Woody Harrelson, and what transpires as the narrative unfolds is packed with Holocaust imagery.

Rooting interest is handled in a thoughtful, sophisticated way, with no shortcuts or easy answers resorted to in terms of heroes and villains.

We now pretty much take the motion-capture process for granted, but in this case the technicians have pushed the boundaries so far, the level of realism is uncanny: we have to keep reminding ourselves that those are human actors up there, so absolutely do they seem like performing animals.

Mention should also be made of Steve Zahn, whose Bad Ape is a winning supporting character and a form of smooth, effective comic relief throughout a decidedly dark drama.

Riveting, extraordinary, and expertly crafted, “War for the Planet of the Apes” is a scintillating simian sci-fi epic about gorilla warfare.