Flix: ‘The Revenant’ is a testament to fantastic filmmaking

The bear attack scene in "The Revenant" is a remarkable moment in film. by Bill Wine Each week, veteran film critic Bill Wine will look back at an important film that is worth watching, either for …

Flix: ‘The Revenant’ is a testament to fantastic filmmaking 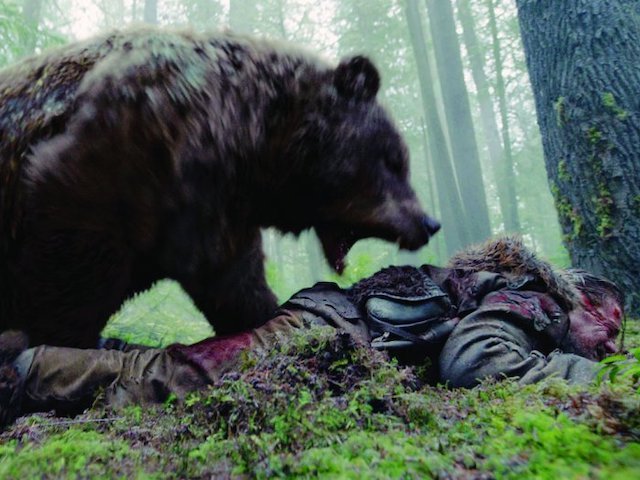 The bear attack scene in "The Revenant" is a remarkable moment in film.

Among the many glorious accomplishments of 2014’s Oscar-winning “Birdman” was the aggressive and impressive camerawork, catapulting us into and out of scenes with exhilarating velocity.

There’s more of the same kind of extended tracking shots in “Birdman” director Alejandro G. Inarritu’s “The Revenant” in 2015. But as technically accomplished as the film is, those shots are just not quite in service of an emotionally engaging narrative – which was the case with its predecessor.

“The Revenant,” based on the novel of the same name, is a western adventure and revenge melodrama about Hugh Glass, played by Leonardo DiCaprio, a real-life frontiersman and fur trapper with a half-Pawnee son who, in the Rockies in the 1820s, seeks vengeance against the men (played by Tom Hardy and Will Poulter) who have left him for dead after being mauled by a bear.

Naturally, we root for the beleaguered protagonist not only to survive but to somehow make it across hundreds of wintry miles and gain some form of closure.

But Inarritu wants to demonstrate the difficulty of life in that place and at that time. And that he accomplishes in spades, to some degree by creating or accepting miserable conditions that truly taxed his cast and crew – as if they were actually the characters under the microscope.

Of course, the price paid for this approach is to tax the audience as well: viewing this level of unpleasantness doesn’t stay pleasant for long.

The film’s most indelible and ultra-realistic scene is the attack on Glass by the protective mother-of-two grizzly bear. It’s both magical and mysterious in its authenticity.

However they managed it – and I both do and don’t want to know how – it’s one of the most astounding special-effects accomplishments in movie history, one that is devoted not to making the image fantastical but to making it more real.

And that’s just what it is.

This is an unusual modern movie in that much of the “pleasure” of it is just an appreciation of what cast and crew must have gone through to come out the other end with this fine a finished product.

How fine? How about 12 Oscar nominations and three Oscars?

DiCaprio, so often ignored or taken for granted over the years, does more strong work in a physically demanding role that is mostly silent. But his facial expressiveness is a steady and helpful companion.

Inarritu (“21 Grams,” “Babel,” “Biutiful”), who also produced, co-wrote the screenplay with Mark L. Smith that’s partially based on the 2003 novel by Michael Punke.

And in case you’re wondering, the title refers to someone who has essentially come back from the grave.

“The Revenant” is a rugged and even brutal survival-and-revenge thriller that challenges but rewards, even if some of it is difficult to, um, bear.