The food scene is really heating up this spring in Flourtown, with a flurry of activity among new and existing restaurants and take-out. 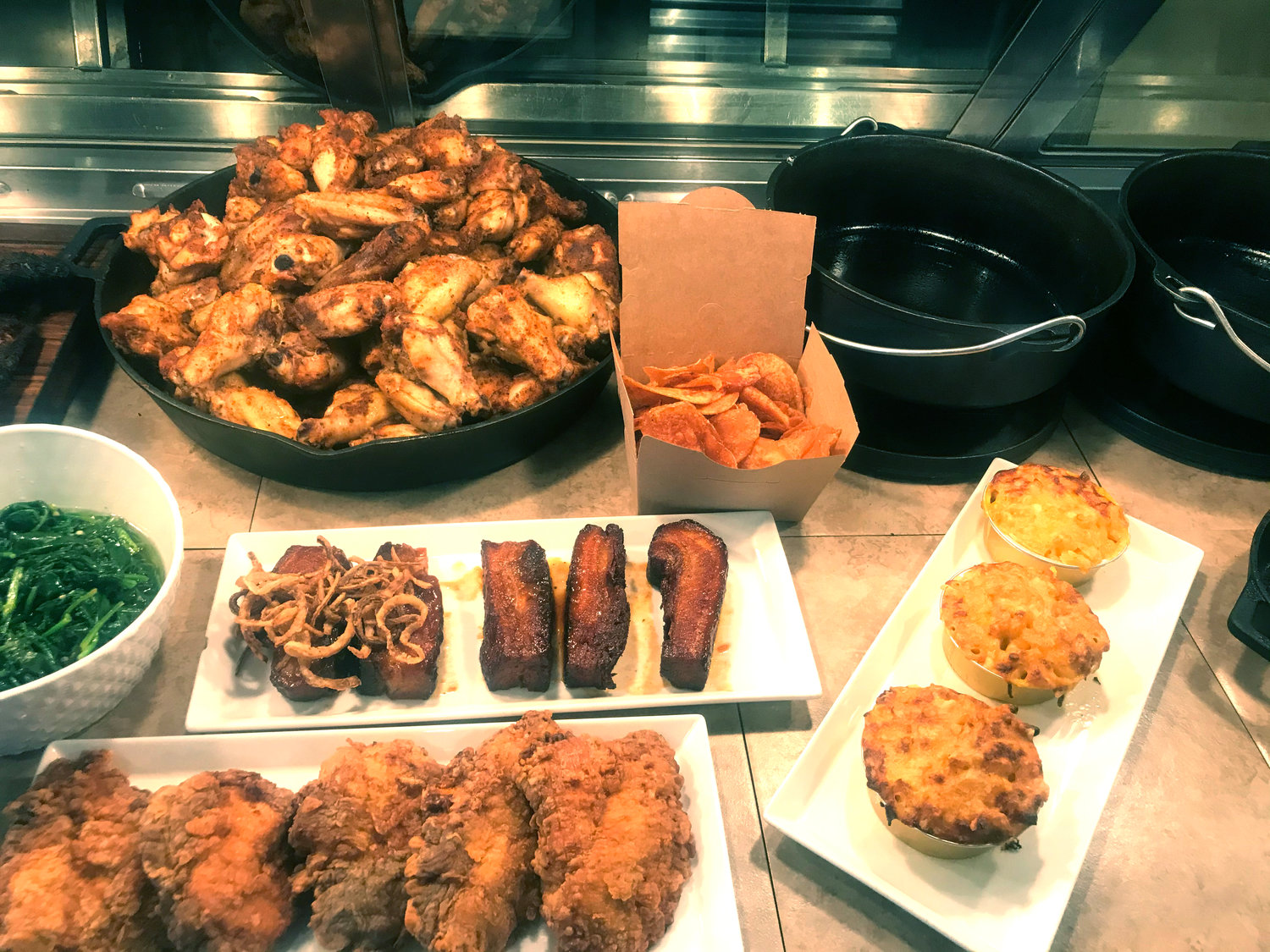 Darcy’s barbecue in the Flourtown Farmers Market opened under new ownership right before the pandemic and has quietly spent the past few months gaining its own cult following with a tasty offering of wings, ribs and more.
Posted Thursday, April 22, 2021 9:30 am
by April Lisante

The food scene is really heating up this spring in Flourtown, with a flurry of activity among new and existing restaurants and take-out.

Don’t get me wrong, I love a hoagie from the Wawa or a Rita’s custard, but I’m jubilant about the homegrown variety of food I’m seeing up and down Bethlehem Pike right now.

I’m not sure whether to call it a food evolution or revolution. OK, maybe neither. Maybe I’m just really stoked. Either way, there are some really cool choices for Flourtown foodies. Some could argue it began in October 2018, when Karla’s Kitchen and Catering had such a huge following that owner Karla Salinas relocated the gourmet Peruvian prepared food from the Flourtown Farmers Market to a larger strip location next to Acme. The following year, we were already fortunate enough to have upscale Yucatecan gourmet from Tamarindos, but we were gifted Mexican taqueria El Limon, which chose a site on Bethlehem Pike for one of its now thirteen locations.

Now this year, despite the pandemic, there are signs the Flourtown food scene is continuing to burgeon into a food extravaganza.

Longtime favorite Scoogi’s Classic Italian, which has been under construction for the better part of the fall and winter at 738 Bethlehem Pike, is now approaching the unveiling of a brand-new main dining room which will seat more guests. The bar area is already expanded and complete, and a sun porch and back patio are already open for business, with about 30 tables combined. When the main dining room debuts hopefully in the next few months, it will be one of the largest restaurants in Flourtown, specializing in casual Italian.

Down the street next to Walgreens at 1448 Bethlehem Pike, Palmero’s pizza, which has quite a following for its hoagies and pies in Blue Bell and Skippack, plans to open another location in the old Pizza Hut next to Queen Chinese food by the end of this month. Owner Maria Maman, who has been in business for 29 years, said Flourtown is a no-brainer.

“It’s location,” she said. “It’s close to Blue Bell and everyone knows us there. We are happy to be in Flourtown.”

Ok. Italian, Mexican, Peruvian. But what would Flourtown be without some good barbecue? We have that covered too.

One of the most exciting signs that good grub is alive and well here is Darcy’s barbecue in the Flourtown Farmers Market, which opened under new ownership right before the pandemic and has quietly spent the past few months gaining its own cult following, reaching a five-star rating for its brisket, pulled pork and ribs.

In late 2019, Darcy’s, which began about 13 years ago under different ownership in the Market, became the beloved food trust of Cindi and Greg Lenhart, two locals with a love of all things barbecue.

The Lenharts make everything from scratch using their own barbecue recipes and secret dry-rub meats, from chicken to pork belly to ribs and wings. The dishes first caught my attention when I went looking for some good spring barbecue. Among locals, their foods have become take-out staples, and a testament to the loyalty of Flourtown foodies.

“We definitely have very loyal customers. We have people coming in here every week,” said Cindi Lenhart. “We have one mom who gets two pounds of beef brisket and baked beans every week for her teenage son.”

Greg Lenhart, a chef for the past 15 years at the Manufacturer’s Golf & Country Club in Fort Washington, is a Culinary Institute of America-trained chef who spent years working with the likes of Susanna Foo downtown, and at a local catering company. After learning the ropes from some “Southern gentlemen chefs,” Lenhart always loved making barbecue. After a trip to Kansas City in 2019, where the couple took a “barbecue tour,” they finally decided they needed a barbecue place of their own.

“We did the barbecue rounds and that kind of clenched the decision,” Greg Lenhart said. “You try to go with what you like and what you know, and I’ve always loved barbecue.”

The Lenharts’ pulled pork is not your typical pulled pork. They make it “Philly style” with lots of garlic, rosemary and onion. The ribs and wings are made with secret dry rub spices, and often topped with their Carolina Sauce.

“That spice works very well across the board,” Greg Lenhart said. “It’s a signature flavor.”

All the meats can be accompanied by either a sweet chili sauce or an ever-popular mango habanero sauce.

“But with the pulled pork, a lot of people like it with a side of the Carolina Sauce, which is more vinegary,” said Cindi Lenhart.

One of the most popular ways to enjoy their barbecue of late has been in sandwich form. Their Brisket of Brotherly Love is a brisket and bacon combination, and the Darcy’s #1 is pulled pork with Carolina Sauce and an apple cider slaw.

One of the “legacy items” the Lenharts kept at Darcy’s is a fresh squeezed orange juice machine. Flourtowners often come in and buy a gallon and a half or more a week of the stuff.

The couple hopes that eventually, they will beef up the operation – no pun intended – with the addition of a pull-behind smoker that they’ll park on-site to smoke the meats during the days the Flourtown Farmers Market is open, Thursdays through Saturdays.