Political junkies will most likely remember the name Bob O'Donnell, a Chestnut Hill resident (near Valley Green Inn) for the past 29 years. 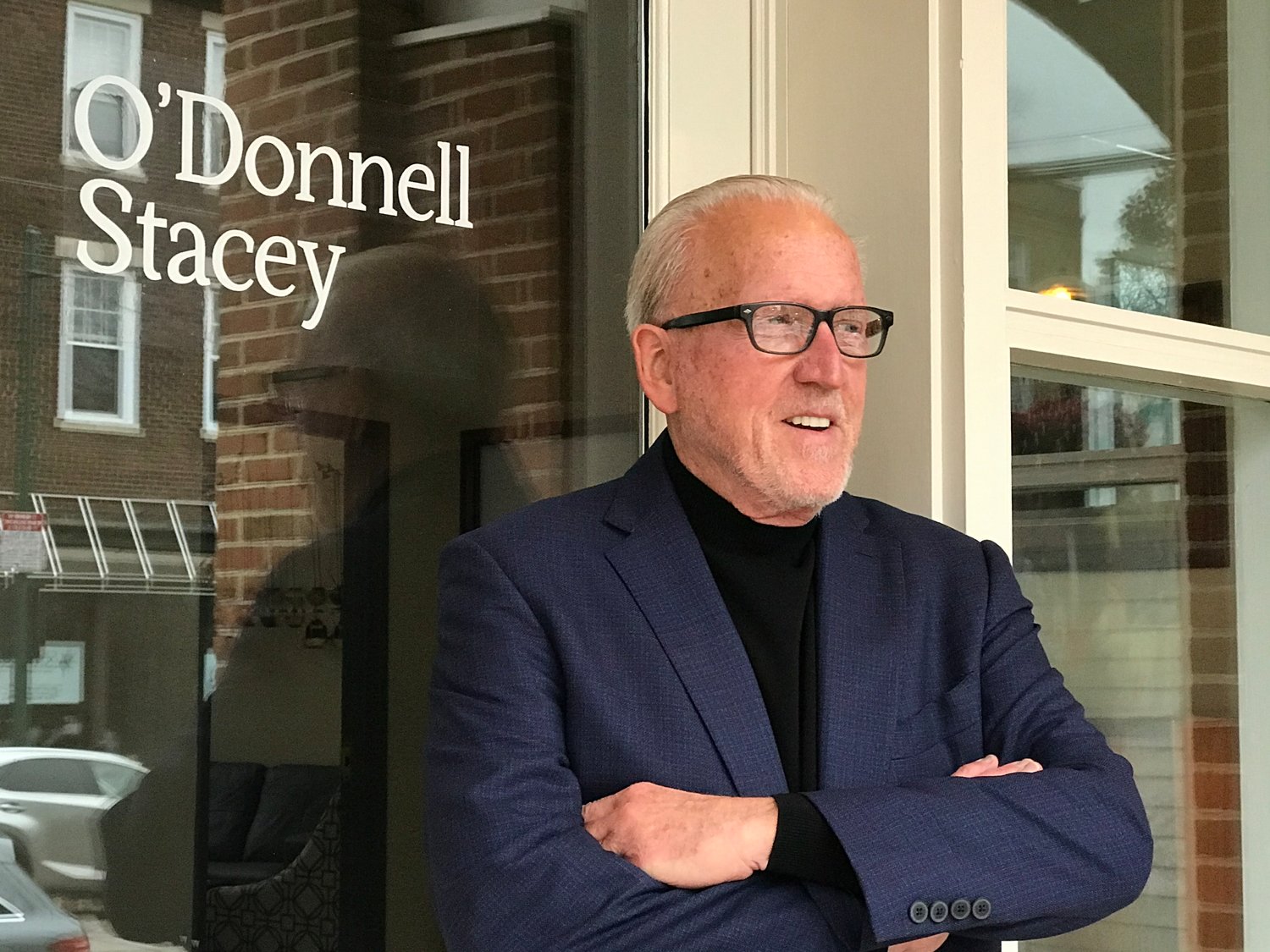 Political junkies will most likely remember the name Bob O'Donnell, a Chestnut Hill resident (near Valley Green Inn) for the past 29 years.

O'Donnell, 77, a long-time resident of Northwest Philly (his grandfather came from Ireland and settled in Mt. Airy, and his parents lived in Germantown), was a Democratic member of the State Legislature from 1974 to 1993, was the Majority Leader in 1989 and 1990 and Speaker of the House from 1990 to 1992.

O'Donnell resigned from the House at the end of 1993 in order to run for Governor in the Democratic primary in 1994, which he lost to Mark Singel, who had been Bob Casey's Lieutenant Governor. Singel then lost to Tom Ridge in the general election. (State Rep. Rosita Youngblood replaced O'Donnell in the 198th legislative district, which includes parts of Northwest Philly. Darisha Parker won the general election race for the seat on Nov. 3 and will replace Youngblood next year.)

O'Donnell was considered one of the legislature’s most independent member and was constantly opposed by the city's Democratic Party establishment.

“I was not supported by the party,” O'Donnell recalled. “Rizzo was always against me. Three times in a row I beat them, although two were very close. They will try anything. Once we had to go to federal court to get a ward leader seated after he was elected. In my first election we spent a total of $3,000, but we had hundreds of volunteers out in the street.”

O'Donnell attended St. Francis of Assisi Elementary School, La Salle High School and Temple University as an undergrad and for law school. “I did not anticipate a career in law,” he said with a hearty laugh. “I thought I'd get as good an education as I could and then see what happens. I majored in literature and then economics. I was working for the phone company in the daytime and going to school at night. I did not have the skill to be an electronics mechanic, though. I then worked at JC Penney but knew I would not be a good fit in the retail setting.”

As a member of the Pennsylvania House of Representatives, O’Donnell was the prime sponsor of eight bills which were signed into law. His legislative achievements include enacting a stronger ethics law, the Philadelphia Convention Center Authority Act, the development of a college tuition savings plan and a nationally recognized automobile insurance reform package, which became Act 6 of 1990.

But O'Donnell is most proud of helping to create PICA (Pennsylvania Intergovernmental Cooperation Authority). It is the financial oversight board for the City of Philadelphia. It was created through the 1991 PICA Act. During the Wilson Goode Administration, the city had been on the brink of bankruptcy.

“We created the mechanism to guarantee fiscal stability,” said O'Donnell. “Republicans saw it as a bailout, and Democrats saw it as undercutting the city's first black mayor. I was speaker and had to argue for the bill. No one else would, but they came around later, even Earl Baker, a Republican representative from Chester County. Jonathan Seidel, City Controller, was very candid in explaining the city's dire financial crisis. He was then attacked from all sides for telling the truth.”

O'Donnell is also proud of helping to secure financing for community college students. As a result, one-third of the tuition is now paid by the state, one-third by the local government and one-third by the student. He also was influential in creating tougher boarding home legislative oversight and nuisance bar legislation.

“Some of these nuisance bars were a menace to neighborhoods because of drugs. The boarding home law and the nuisance bar law both came out of Germantown. Now law enforcement can  take the license away from a nuisance bar. Lynn Abraham (former District Attorney) was terrific. She came up with a nuisance bar task force. These are collective efforts. No one person alone can accomplish this. You need a strong community component and cooperation from other legislators.”

After O'Donnell left the State Legislature, he joined the Saul Ewing law firm in 1994 and left in 1995 to open his own firm. He was always very involved in the school choice issue, having introduced the first charter school bill in the House. He still works full-time at the O'Donnell Stacey Law Firm with partner Jeff Stacey. They have an office at Germantown and Willow Grove Avenues and one in Nazareth. For years they have represented charter schools. O'Donnell and his wife, Donna Gentile O’Donnell, Ph.D, Senior Vice President, Innovation Partnerships and Programs for Thomas Jefferson University & Jefferson Health, have two sons.

“I do not lobby for legislation,” he said, “but I am in touch with legislators. I am an advocate for school choice, but I do not get paid for that. We analyze legislation and advocate for school choice. It is the key to equal opportunity. My dad was a bus driver, and my mom was a school crossing guard. If not for education, I could not possibly have done what I do. The wealthy have always had options, so why shouldn't other kids and parents?”

For more information: odonnellassociates.com. Len Lear can be reached at lenlear@chestnuthilllocal.com