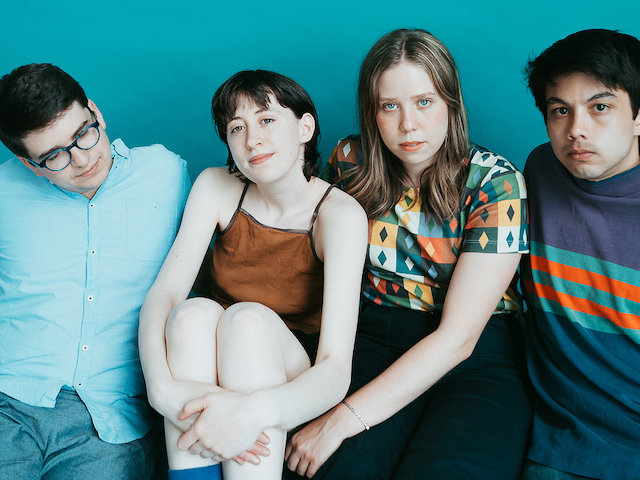 One of the things I’d like to do with this column is highlight records by bands or solo artists that might get lost in the weekly churn of big pop music releases.

To that end let me introduce you to Frankie Cosmos, an indie rock band based in New York City that released its fourth studio record, “Close It Quietly,” on Sub Pop records last week.

Frankie Cosmos, the band, is primarily song delivery vehicle of 25-year-old guitarist and singer Greta Kline, who happens to be the daughter of actors Kevin Kline and Phoebe Cates.

There’s nothing that suggests star power in Frankie Cosmos, though. Kline is a gifted and prolific songwriter. And a fine guitarist, too. Her voice is not grand. It’s small, quiet and fragile. It recalls Juliana Hatfield or Olympia, Washington, singer Lois Maffeo. It’s not the voice of a pop star or even an aspiring “American Idol” contestant.

That voice, however, perfectly fits Kline’s music, which is most often an arrangement of her ringing, clean guitar chords over the tight rhythm section of drummer Luke Pyenson and bassist Alex Bailey. Keyboardist Lauren Martin is mostly in the background, providing texture beneath the guitar or helping Kline with a bit of harmony on the lead vocals. It’s an intimate, guitar-driven sound that compels you to give each one of the 21 (short) songs a careful listen.

The sound is very much a nod to the sort of indie pop that Sub Pop records released in the 90s. Unlike a lot of those sort of indie records of the 90s, however, Frankie Cosmos has an attention to detail those records often lacked. The performances are excellent. There are no untuned guitar strings, missed drumbeats or pushed bass lines. The overall polish is no doubt the work of producer and engineer Gabe Wax who has worked on records by some prominent indie acts, including Fleet Foxes, Beiruit and Philly’s The War on Drugs.

“Close It Quietly” is a strong, songwriting-focused indie rock record that suggests the young Kline has a good career in front of her.