Leaders of the Chestnut Hill Garden District Fund have installed a memorial stone at the base of the yellow magnolia tree in Cliff Park that was planted in 2014 to honor Dottie Sheffield. 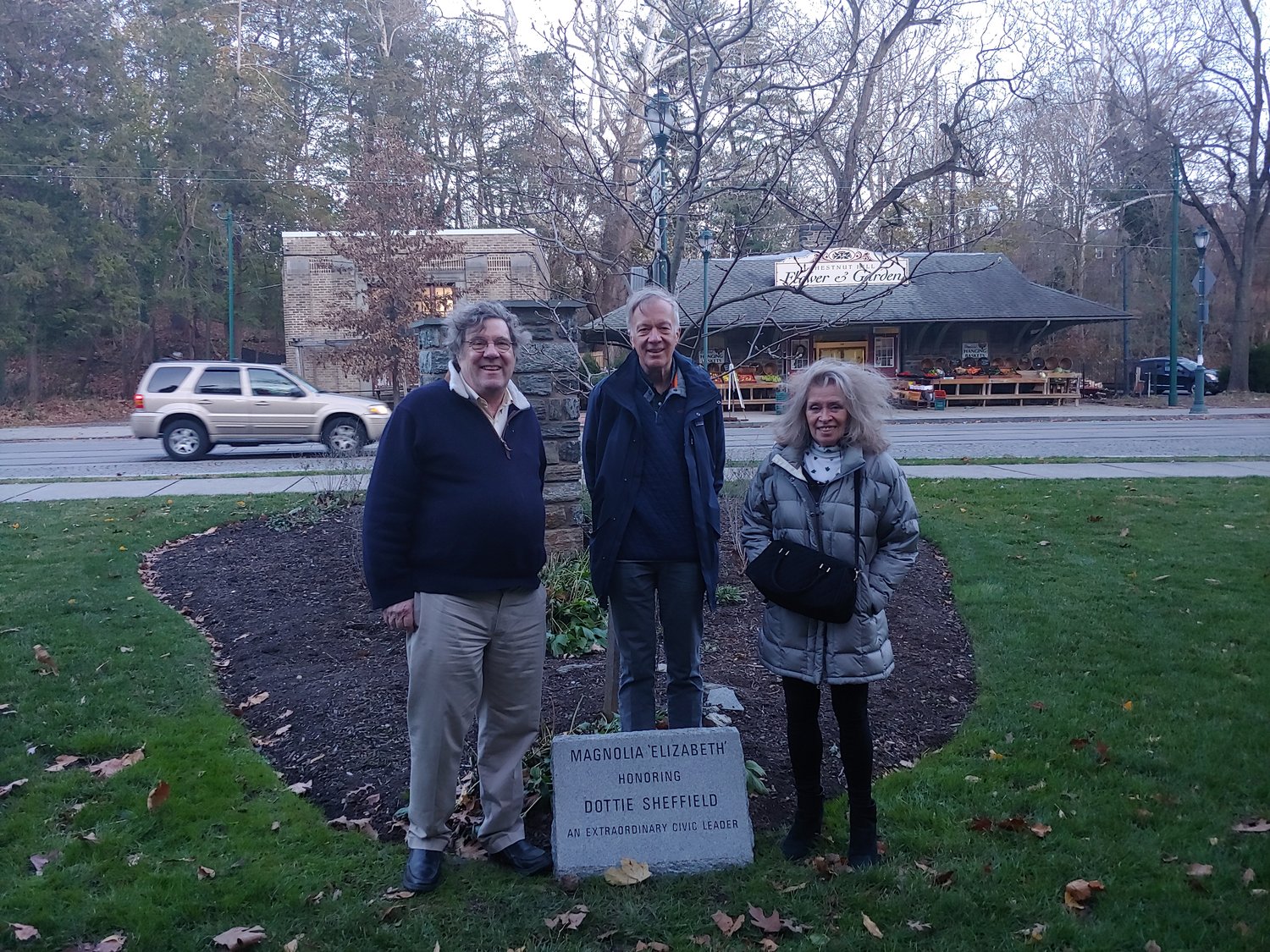 Family members (from left to right) David Sheffield, Win Sheffield and Carole Sheffield were present for the installation of the stone for Dottie Sheffield.
Posted Thursday, December 8, 2022 12:00 am
by Regina Marie

Leaders of the Chestnut Hill Garden District Fund have installed a memorial stone at the base of the yellow magnolia tree in Cliff Park that was planted in 2014 to honor Dottie Sheffield, who founded their group. Sheffield died in September 2021 at the age of 96.

The stone, the engraving and the placement were all donated by Billy Doran, a Chestnut Hill resident and superintendent of Laurel Hill Cemetery. Doran, who lives in Chestnut Hill, also offered to clean the large Celtic cross at Mermaid Lane and Germantown Avenue.

“I spoke with Nancy Goldenberg, the president of Laurel Hill Cemetery, back in September, and she offered to help us,” said Emily Daeschler, current president of the Chestnut Hill Garden District Fund. “I then contacted Billy Doran, and he not only promised to get the stone for us, but to have it engraved, and set in the garden - all for free! I asked him how he could be so generous, and he said that the flowers that we put out on the Avenue 'fill him up.’”

The inscription on the stone reads: Magnolia 'Elizabeth' in honor Dottie Sheffield, an extraordinary civic leader.

Sheffield was one of Chestnut Hill’s most important and influential civic leaders. She founded, led or supported many of the neighborhood’s civic organizations, and was the person most responsible for its current reputation as one of the most charming “garden district” neighborhoods in the country.

The Magnolia tree is of the “Elizabeth” variety, and was chosen for its color.

“Dottie’s favorite color was yellow, and her signature colors were yellow and white,” Daeschler said.