An early field trip for a group of Pooh Corner preschoolers. by Sue Ann Rybak It’s rare that you find a day care center where sending your child there has become a family tradition, but House on … 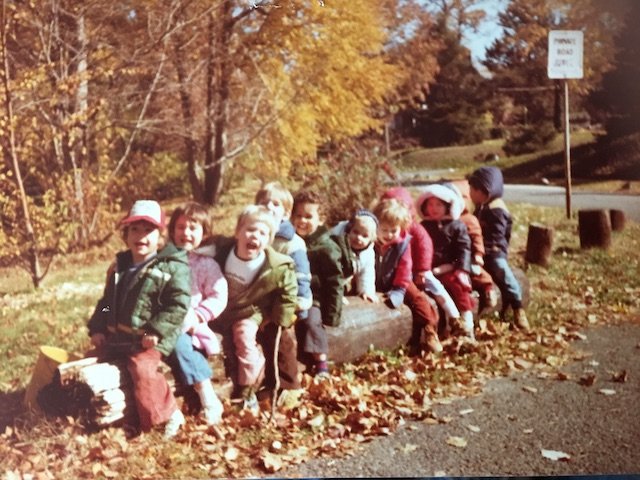 An early field trip for a group of Pooh Corner preschoolers.

It’s rare that you find a day care center where sending your child there has become a family tradition, but House on Pooh Corner isn’t just any daycare.

Teachers, parents and former kids think of the day care, situated in a three-story Victorian house at 311 E. Walnut Lane in Germantown, as an extension of “home.” It’s the reason why former “Pooh kids,” when they find out they are going to have a family, immediately call Teri DiCesare, owner of House on Pooh Corner, to get placed on the waiting list.

“The woman who was taking care of her was not interested in continuing,” she said.

DiCesare wasn’t happy with her child care options at the time.

“Spaces that are used for child care are spaces that nobody else wants to use, like church basements and storefronts,” DiCesare said. “Places that feel yucky. When children are in childcare, especially young children, they are there like 10 hours a day, five days a week. They live there.”

That’s when she decided to turn her first floor into a day care.

“What could be better than a big old house,” DiCesare said. “I had 12 kids when I first started it in my house. Our living quarters were on the second and third floor.”

As the business grew the family eventually moved their living quarters to the third floor, but soon realized they would have to move out of their home and brought a house three doors down the street from Pooh Corner.

Jessie Cherian, 42, daughter of the owner who lives in Wallingford, said she always admired and respected her parents “for believing in this business and sticking with it.”

“One of my funniest memories about being a kid and living at Pooh Corner was during the day we kept the heat up, so it would be nice and comfortable for the kids, but at night we would turn it way down,” she said.

Cherian, who is the executive director for the development department at Penn Medicine, recalled her parents carrying a big kerosene heater around the house to keep them warm.

“That’s probably one of my biggest memories about it being a day care versus it being our house,” she said.

Cherian, whose two children, Luke, 5, and Noah, 11 months, both attend the day care center, recalled starting the J & J baking business with her best friend Jessica Schweiger, another Pooh graduate, as a tween. Now Schweiger’s son and Luke play in the same classroom their mothers did as children. 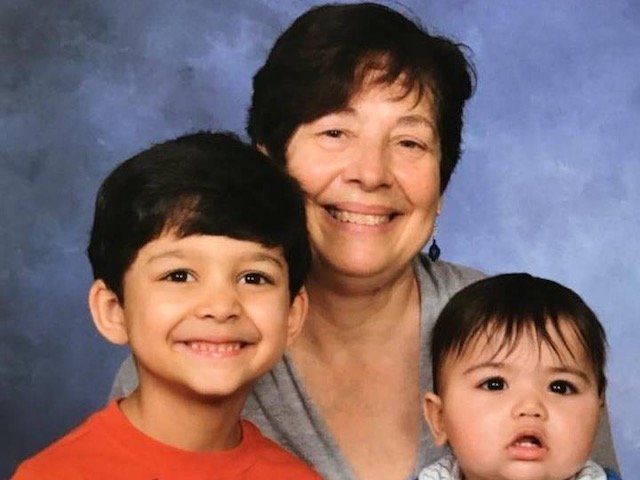 Teri DiCesare, owner of House at Pooh Corner, with her grandsons Luke and Noah Cherian, who both attend the daycare.

Germantown resident Kim Selman, 49, director of House on Pooh Corner, began working at the day care center as a part-time floater just out of high school. Initially, she took the position because it was convenient, and she had an infant at the time.

Selman quickly fell in love with teaching and was offered a teaching assistant position in the 2-year-old classroom. Shortly after, she decided to get her associate degree in early childhood education from Community College of Philadelphia and became a teacher. About five years ago, she earned her bachelor’s degree in early childhood education from Ashford University.

When asked to share a favorite anecdote or story, Selman, who had difficulty choosing just one, recalled how the center’s annual art show began after she felt frustrated and disappointed one day.

Selman remembered being disappointed after spending hours on art projects with her students only to find that they were left in the classroom or on the sidewalk because parents put them on top of the car when they put their children in the car seat. Instead of sending artwork home every day, she thought it would be nice to transform the center into an art gallery and display the children’s work with an explanation of the process.

“The parents love it, and they come to appreciate their children’s art so much more,” she said.

Selman said the children love seeing their work on display for everyone to admire.

Selman’s daughter, Taylor Evans, 25, of Germantown, also works at the center as the Toddler lead teacher.

Evans said House on Pooh Corner's culture is unique because she works with many of the teachers that she had when she attended as a child.

“Pooh Corner is a good place to work because teachers are respected by the administrators and by families,” she said. “It's easy to stay at a place where you feel respected and valued. I think people come back [to House at Pooh Corner] because it's like coming back home. There are always familiar faces, and you are always welcomed back with open arms.”

DiCesare, the owner of the center, described the center’s culture as the village raising the children.

To commemorate House at Pooh Corner’s first forty years, an anniversary and reunion celebration will be held from 1-4 p.m. Saturday, June 23, at the center, 311 E. Walnut Ln.

“The reunion will feature areas of the building designated to each of the four decades that Pooh Corner has operated,” DiCesare said. “These areas will feature blown up class pictures of all the classes from that decade plus memorabilia related to toys, fashion and movies from each decade. There will be a photo booth, a Bingo interview game of Pooh corner memories, a memory tree, food carts, live music, teacher recognition awards and prize for guessing the number of children who have attended Pooh corner. Alumni, their children, parents, teachers current and past are welcome to attend.”

When asked if the day care center still feels like a home 40 years later, DiCesare replied, “It really feels not only like a home, but a family.”