Grocery prices to spike yet again, highest in 30 years

I never thought I’d be saying this, but I might have to listen to my mother and get my own captain’s chest freezer, the kind she’s been loving for years in her own basement.

Grocery prices to spike yet again, highest in 30 years 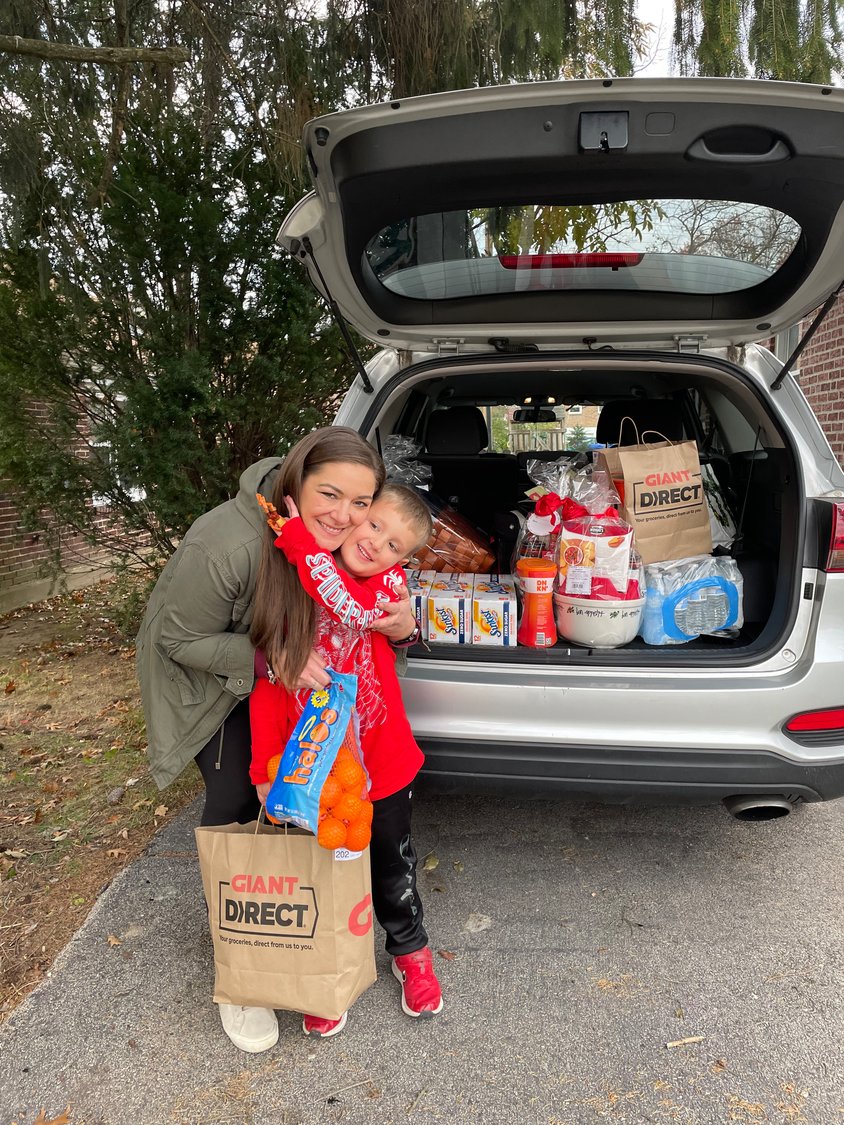 Rebecca Franks of Erdenheim and her son Ethan unloading her weekly groceries.
Posted Wednesday, December 8, 2021 6:00 am
by April Lisante

I never thought I’d be saying this, but I might have to listen to my mother and get my own captain’s chest freezer, the kind she’s been loving for years in her own basement.

I didn’t want to go here. I didn’t want to have the second freezer filled with pork chops, Totino’s Pizza Rolls, freezer-burned cod, chicken fingers and other things I couldn’t use before they went the bad way.

But if the grocery store predictions I’m seeing hold true as 2022 arrives, we may all be in for a sticker shock surprise. And ahoy! A captain’s chest of my very own may be on the horizon, with hopes there won't be a major power outage any time soon. (Let’s not forget the infamous July hailstorm that knocked out power for days here in Flourtown, and took the contents of my whole freezer and fridge. As I’ve said before, it was like a little Italian death for me.)

In all seriousness, a great grocery debacle is coming our way and is more than 18 months in the works. We apparently had a honeymoon period between 2015 and 2019, when grocery prices remained pretty static.

Enter the pandemic. If we thought black market toilet paper and questionably effective, high-priced hand sanitizer were the worst it could get, we all need to think again. Even the moderate yet troublesome price increases we’ve seen over the past year-and-a-half will pale in comparison to the grocery apocalypse we are in for when the new year rings in.

I didn’t want to do this column before the holidays, but it’s like a ticking time bomb, with a January 1 reveal.  Lack of labor, unemployment, the cost of refrigerated and even regular transportation to deliver the goods, as well as manufacturing and livestock hiccups are all catching up like a bad, bad Covid hangover, and it will make almost everything we buy cost a lot more next year. As in three weeks from now.

And we’re talking products from all the big companies, like Kraft, Tyson, even Clorox, according to reports this month. Everything is slated to increase about 8% more than the 6% it already has this past year. To put it in perspective, the norm is about 2% per year. This upcoming hike will be the highest since about 1990, when dramatic inflation reared its head.

If we really look at our grocery receipts, we’ve already seen that we’ve paid more for holiday dinners this year than last year. And it’s a disproportionate problem: reports cite that lower-income families pay more of a percentage of their incomes for groceries than those with higher incomes.

But things like steak and bacon already have seen increases in the mid-20% range. Can’t imagine how much we’ll be paying for that Sunday brunch slab of bacon. Fifteen dollars? Twenty dollars? Time to go vegan? I can already hear my late grandmother: “No meatballs in the gravy, April? Shame on you!”

The problem will exist whether you are an in-store, aisle-by-aisle shopper, or an online order and pick-up fanatic.

Rebecca Franks is an example of someone I consider to be a grocery pro. The Erdenheim mother of two  picks up her groceries from three different local supermarkets and in multiple online orders each week, one order for her family of five, which includes her mother, and another order for her mother-in-law and aunt who live in Oreland. She knows all the prices, she knows what’s on sale, and she’s already planning for the price increases.

“I’ve kind of switched things up,” said Franks. “I generally do not buy red meat because it’s so astronomically expensive. Produce has gone up. I look around for what is cheapest.

“I’m going to continue to shop around and clip coupons,” she said. “And there are certain things I’ll buy in bulk at Sam’s Club.”

What are some other ways we can combat the rising prices for at least the first half of 2022, before we can hope to see some relief later in the year? I rang up my Supermarket Guru, Phil Lempert, an L.A.-based Today Show and Inside Edition favorite, for advice.

It turns out there are a few key reasons why national food companies are feeling the crunch and passing on some of the cost to shoppers. In 2022, we’ll be dealing with the aftermath of wildfire crop loss, climate change, and a basic lack of manpower following the pandemic, with many workers simply not returning to work.

Climate change issues also will manifest themselves in many ways at the grocery store. There is a 30% lower coffee yield coming our way, so increased prices are coming for your coffee fix, if I can be more of a Bah Humbug here.

Lempert says the worst-case scenario is this may last several more months, so it’s important to shop smart, and your “best bet is to shop around.”

Some of his tips include:

Ah, storage space. I guess it comes back to the captain’s chest after all.