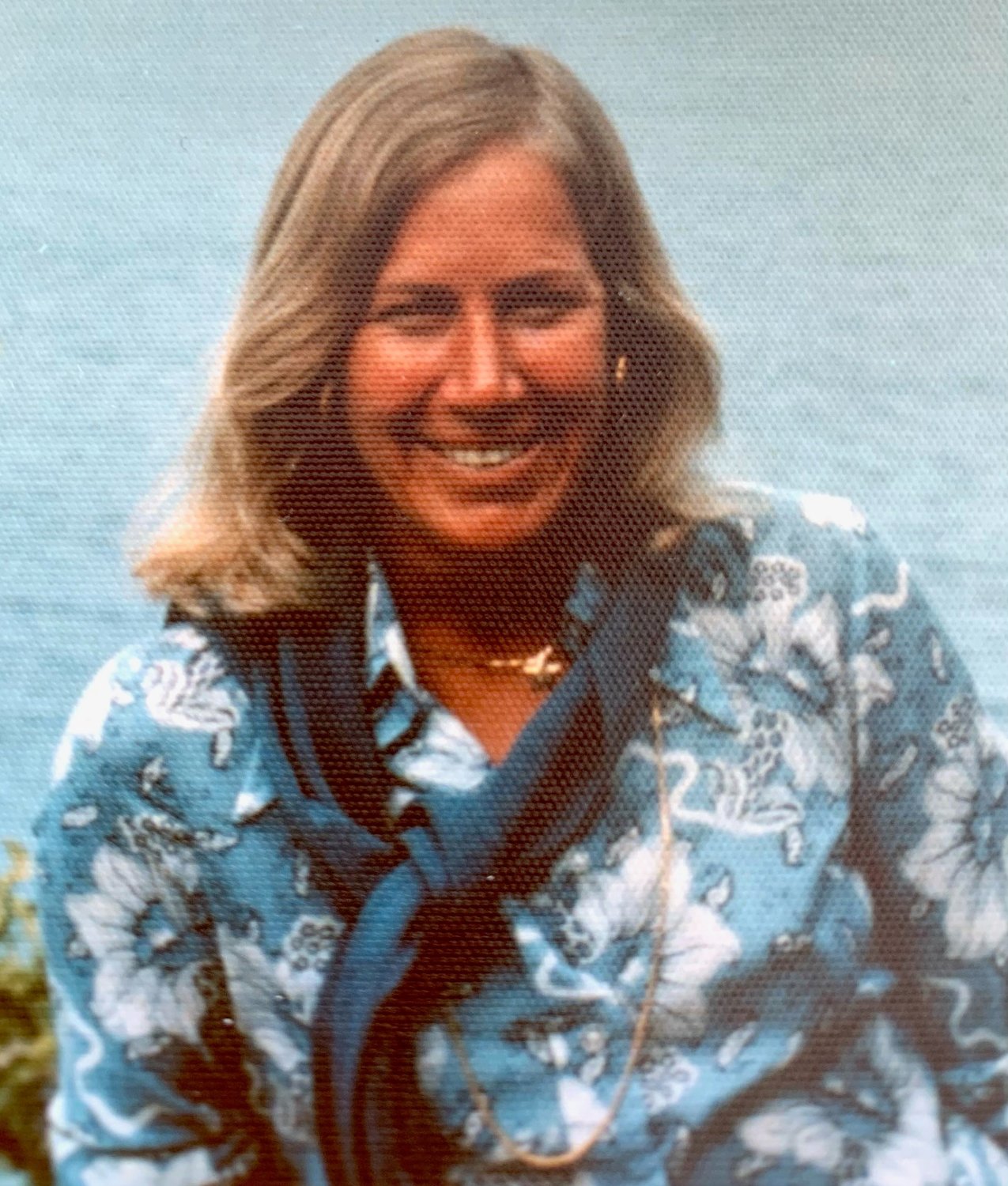 She was born in Somers Point, NJ, to David H. Kollock III and Marjorie Tams Kollock. Helna grew up in Philadelphia, PA and attended Springside School followed by Mt. Vernon Junior College. Her family spent the summers in Ocean City, New Jersey where Helna developed her life-long love of boating and the ocean.

Helna also spent part of many of her childhood summers at Singing Eagle Lodge, a camp for girls on Squam Lake in New Hampshire. In 1962 she married Drayton Valentine of Philadelphia and had a daughter, Victoria V. Valentine (Vivi). They divorced in 1966, and she moved with Vivi to the Sugarbush Valley in Vermont.

In 1977 she married A. Judson Babcock, on their sailboat on Lake Champlain, in Shelburne, VT. They had a daughter, Isabel F. Babcock in 1978. They divorced in 1985 and Helna moved to Jamestown, RI where she had a summer home. In her life she established two business that reflected her passions, art and antiques. Helna enjoyed sailing, skiing, traveling, tennis, golf, gardening, reading, art, painting, and arranging (and re-arranging) furniture in her and other peoples’ houses - whether or not they asked for her help. She had a straightforward manner and a wry sense of humor.

Helna had strong opinions about how things should be done and wasn’t afraid to share them. She enjoyed political debate and didn’t back down from a good argument. Helna loved history, particularly military history, and had a deep respect for her Colonial heritage. She was a member of the Conanicut Yacht Club, Jamestown Garden Club, The Colonial Dames of America, and The Huguenot Society. Helna supported many causes, particularly animal welfare organizations.

Helna was preceded in death by her brother, George T. Kollock and her parents. She is survived by daughters; Vivi Valentine and Isabel Babcock. Son-in-law, William Hutchinson, grandchildren; Ella and Ben Hutchinson. Brother, David Kollock and his wife Jan. Sister-in-law; Marie-Christine Kollock. Nephews; Alexander and Cyril Kollock and nieces; Emilie and Paige Kollock.

Helna will be remembered by her friends and family for her infectious laugh, irreverence, and being the life of the party. She had many fans.

A memorial for Helna will be planned at a later date in 2021. In lieu of flowers, please make a donation to Jamestown Emergency Medical Services at 50 Narragansett Avenue, Jamestown, RI. 02835,