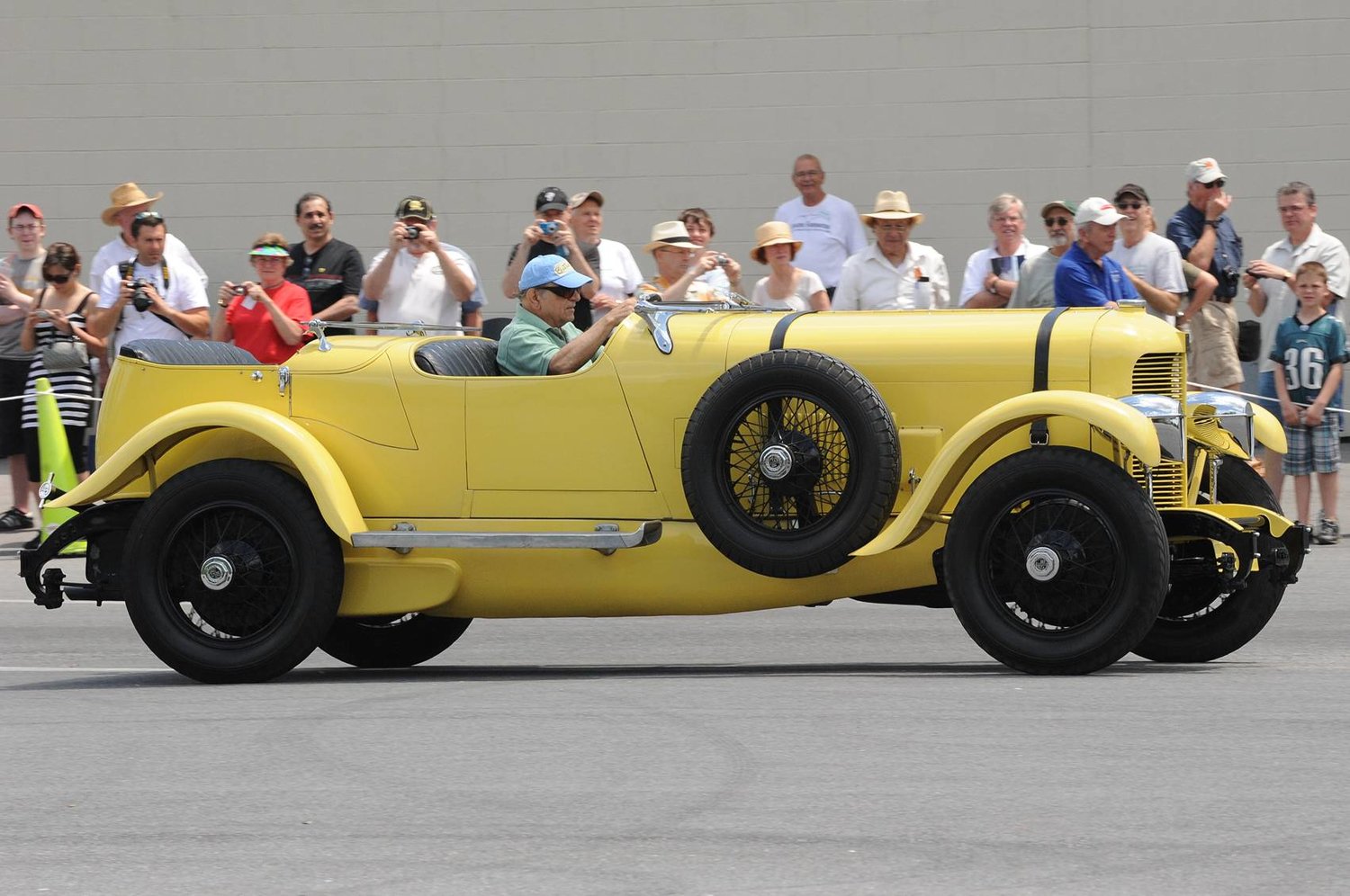 In March of 2018, I went to the annual Fur Ball, a fundraising event for Morris Animal Refuge in Center City, America’s first animal shelter. The event was held at the Simeone Foundation Automotive Museum, located along the industrial corridor behind the Philadelphia International Airport. It was founded in 2008 by Dr. Frederick Simeone, former chairman of neurosurgery at Pennsylvania Hospital and then-81-year-old Chestnut Hill resident.

I had the good fortune to talk to Dr. Simeone that night and found out that he was a remarkable man. I liked him right away because he said he wanted to use his museum to raise funds to help find homes for homeless animals.

“I have spent a lot of my life trying to save human lives,” he said. “But I also want to do what I can to save the lives of these wonderful animals who must rely on us for their survival.”

Dr. Simeone, who created one of the world's most outstanding collections of classic sports cars, died Saturday, June 11, at Pennsylvania Hospital, where he had been a surgical legend. He was 86.

Dr. Simeone worked at the University of Pennsylvania School of Medicine for two years before moving to Harvard, where he was a faculty member from 1966 to 1969. He then came back to Pennsylvania Hospital to serve as chairman of neurosurgery at the hospital until he retired in 2008.

He moved to Chestnut Hill in 1996 and founded the museum in 2008, moving his stunning collection of classic cars from a two-story garage off South Street to its current three-acre location.

Regarding Dr. Simeone’s decision to become a medical doctor, the car collector told me, “I wanted to make a difference.”

Dr. Simeone told me that at one point during the 1980s, he was doing more surgical procedures than any neurosurgeon in the nation, almost 1,000 a year. Two of his most prominent patients were former Philadelphia mayor, Richardson Dilworth, and former Phillies center fielder, Lenny Dykstra.

He also wrote more than 10 medical books. In 2011, he published a 384-page account of his vision for the classic car museum, “The Spirit of Competition.”

A walk through the museum is like a walk through the evolution of engineering in the 20th century. There is the 1909 American Underslung, originally raced from Philadelphia to Indianapolis. The chassis was slung under the front axles, unique for its time. Then there’s the 1966 Ford GT40 MKII that stands 40 inches tall from ground to roof, a car identical to the one that won Le Mans sports car race that year.

“If you think about our sensations. Speed is the one of the few sensations the common man can enjoy.” Dr. Simeone said.

Dr. Simeone's collection of more than 60 racing cars spans seven decades. They are the actual racing cars, not replicas.

Aside from the cars in the“Tribute to NASCAR” room, the most recently produced car in the museum is the 1975 Alfa Romeo 33-TT-12. Simeone’s collection, which ended in the 1970s, boasts the nation's largest collection of Alfa Romeos, the premier racing sports car in the 1930s.

People come from all over the world come to see the cars because the races where these cars come from — Le Mans, Mille Miglia, Nurburgring — are more of a cultural phenomenon in Europe than in the U.S. Le Mans, for example, is a 24-hour jaunt through the countryside of France and is the world’s oldest sports car endurance race. It routinely draws up to 400,000 people.

During our conversation, Dr. Simeone compared himself to Albert Barnes, the legendary Philadelphian whose art collection includes works by Renoir, Matisse and Picasso. Like Barnes, Simeone was raised in Kensington, and he began collecting racing cars before they were cultural icons.

It’s something he started doing with his father, Dr. Anthony Simeone, who purchased his first racing car in 1949 (an Alfa Romeo) and acquired four of the cars featured in the museum.

Like his father, also a physician, Dr. Simeone entered the medical field and became a neurosurgeon. He attended Temple University for undergraduate and medical school and then went to the Mayo Clinic for his residency, which he completed in 1963.

Simeone created the nonprofit Simeone Foundation to increase awareness about the rich history of the cars and to provide a living example of how competition can lead to great advances.

Most of the cars in his collection have competed in the world’s premier sport racing events. One of the cars, a 1963 Corvette Grand Sport, was raced by Newtown Square's Roger Penske, whose teams and cars are among the most successful in auto racing.

Simeone is survived by a daughter, Christina.

For more information about the museum: simeonemuseum.org or 215-365-7233. Len Lear can be reached at lenlear@chestnuthilllocal.com