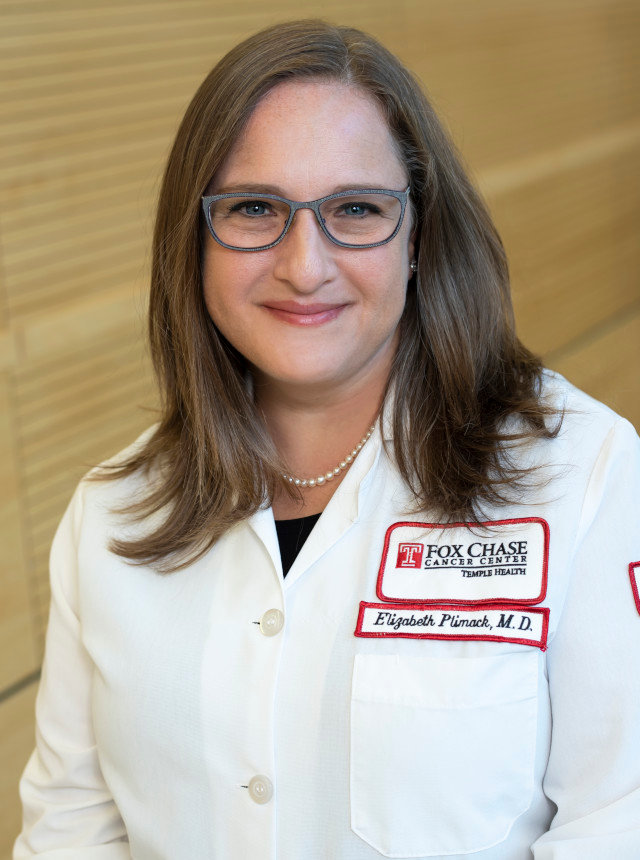 “Working with patients whose cancers would have been fatal years ago and are now living and thriving is the best part of my job,” Dr. Plimack said in her interview with the Local.
Posted Thursday, June 16, 2022 12:00 am
by Len Lear

Dr. Plimack, an internationally recognized expert in bladder and kidney cancers, has lived in Chestnut Hill since moving from Houston in 2008 to join the research staff at Fox Chase. Her work has formed the basis of new and more effective forms of treatment, earning her a national reputation in the field.

When Dr. Plimack started at Fox Chase 14 years ago, she became part of a virtual immunotherapy revolution when it comes to treating cancer.

“I thought there would be a revolution in cancer care, and that potential turned out to be true,” she said. “Technological advances and scientific discoveries have happened faster than many thought possible. I don't want to give the impression that we have a cure for everyone, but the disease is now controllable for many more patients now. We have seen meaningful improvements in cancer treatments.”

And her work has played an important role in that shift.

“We were involved in the earliest trials with targeted therapy and immunotherapy for bladder and kidney cancer,” she said. “The bladder has traditionally been removed in patients with some types of bladder cancer, but we are investigating ways to treat it while also preserving the bladder that are promising.”

When asked why she chose to come to Fox Chase when she could have gone to almost any other medical institution in the country, the native of Ann Arbor, Mich., said, “Great question. Fox Chase was clearly my first choice. First, there is great collaboration and great support for the clinical research that I wanted to do.

“The second reason,” she continued, “is that when I came to Philly, I fell in love with Chestnut Hill. I love the walkability and the diversity. When we first arrived, we would barbecue in the alley. My kids are the same age as other kids in the neighborhood. We got a Portuguese water dog, Emmy, who is a magnet for meeting more neighbors. It is just a wonderful place to live. I love the co-op and the bookstore.”

Dr. Plimack earned her medical degree with honors in pathology from New York University School of Medicine and a master’s degree in patient-based biologic research from the University of Texas Graduate School of Biomedical Sciences. She completed both her internship and internal medicine residency at NYU's Medical Center/Bellevue Hospital, and her medical oncology fellowship at the MD Anderson Cancer Center in Houston.

In addition to her new role as deputy director at Fox Chase, Plimack currently leads a Stand Up To Cancer-funded multi-center clinical trial in metastatic bladder cancer, and has been active on steering committees and data safety boards for successful clinical trials of many new treatments for kidney and bladder cancers.

She is also chairperson of the scientific advisory board of the Bladder Cancer Advocacy Network, which coordinates efforts around the world to bring researchers together.

“Dr. Plimack’s work ethic, dedication to excellence and clinical expertise will serve us all well  as she assumes her vital new role,” Jonathan Chernoff, M.D., Ph.D., director of Fox Chase Cancer Center, said in a statement when the hospital announced her appointment last month.

Dr. Plimack, who is also an elected member of the board of the American Society for Clinical Oncology, said she “is delighted to serve.”

“I could not be more proud of our entire team at Fox Chase,” she told the Local. “Working with patients whose cancers would have been fatal years ago and are now living and thriving is the best part of my job.”

For more information, visit foxchase.org/cancer-care. Len Lear can be reached at lenlear@chestnuthilllocal.co