I have driven by the O & F Farmstand at 7639 Germantown Ave. at the intersection with Cresheim Valley Drive on the border that separates Chestnut Hill from Mt. Airy hundreds of times over the years, as I am sure many other area residents have done, and wondered who owns it. 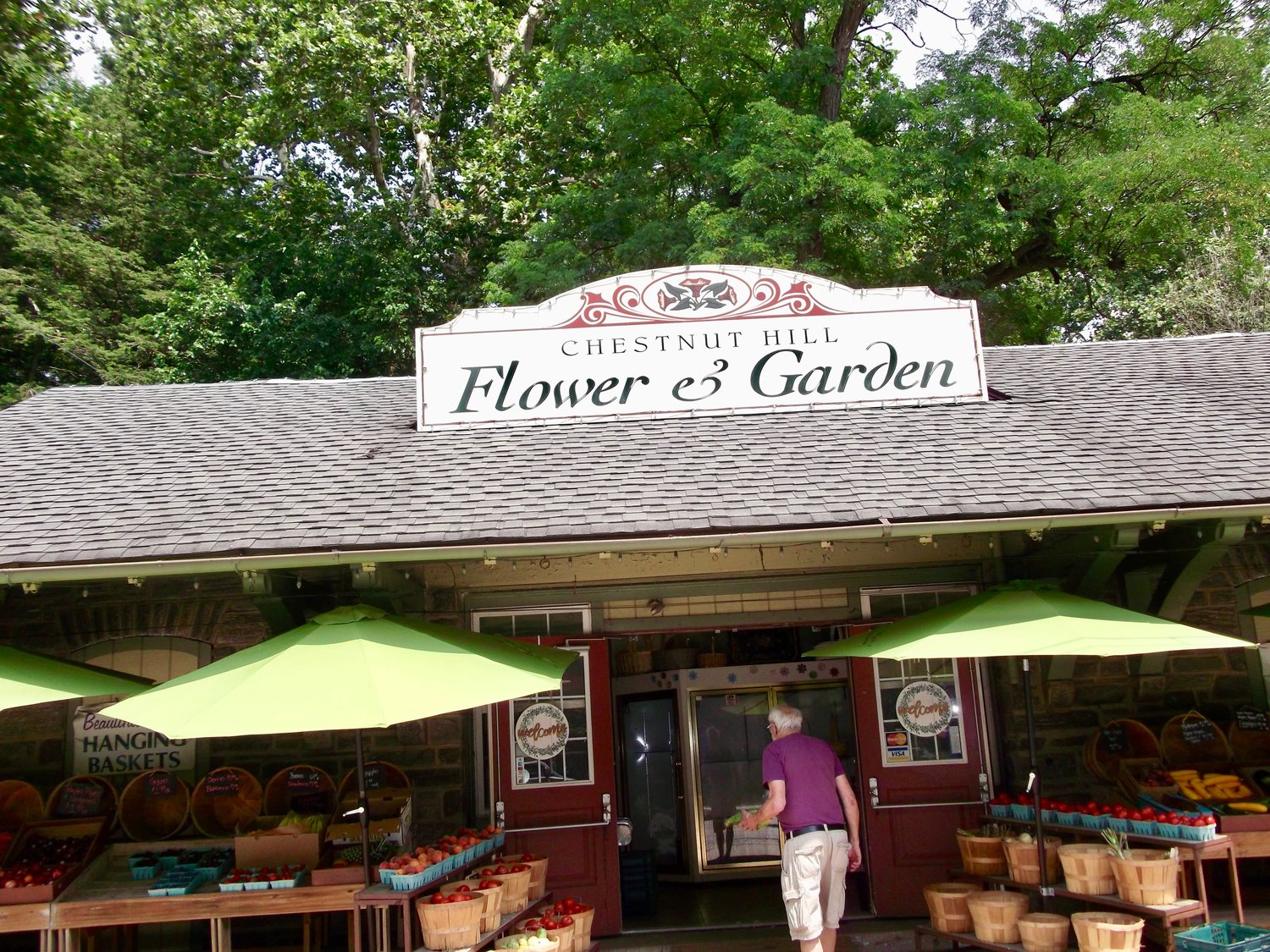 The O & F Farmstand at 7639 Germantown Ave. (at the intersection with Cresheim Valley Drive) has a spectacular selection of just-picked fruits and vegetables, flowers and plants. (Photo by Len Lear) 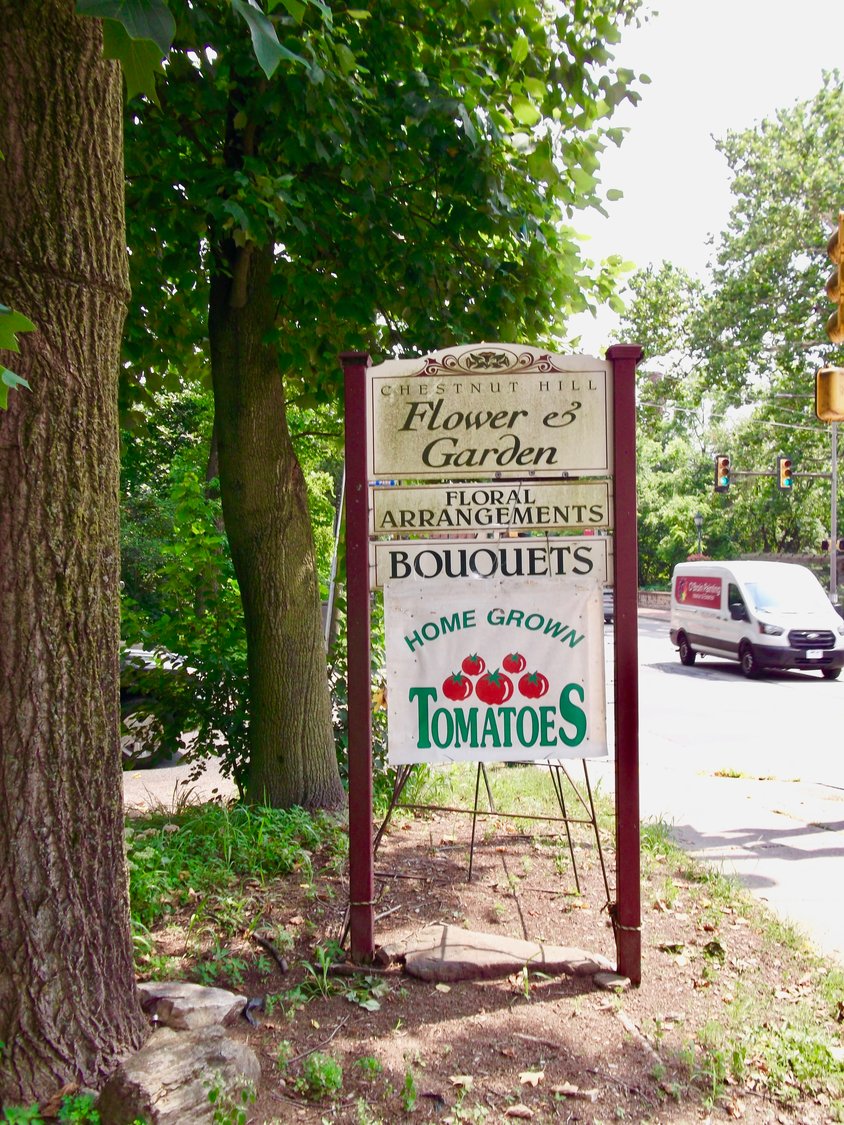 I have driven by the O & F Farmstand at 7639 Germantown Ave. at the intersection with Cresheim Valley Drive on the border that separates Chestnut Hill from Mt. Airy hundreds of times over the years, as I am sure many other area residents have done, and wondered who owns it. I recently stopped there to ask for directions to Fairmount Bark, a new pet care facility nearby, and after the very pleasant young worker gave me proper directions, I took a look around and found out what a spectacular selection they have of just-picked fruits and vegetables, flowers and plants.

The farmstand has been owned for the last 10 years by Jeff and Justine Ocelus, owners of the massive O & F Farm on Skippack Pike (Route 73) in Worcester, started by Jeff 50 years ago. Jeff, who is in his late 60s, and his father, a medical doctor in Bridgeport, began by growing tomatoes in the backyard of their home in Blue Bell. Today the working farm in Worcester is considered the “father” of the O & F Farm operation; their Blue Bell location at 1040 Skippack Pike, now a massive retail operation, is considered the “mother,” and the Chestnut Hill facility, so much smaller than the others, is called “the baby.”

Beginning in late May of each year, their three farmstands open with fresh and local fruits and vegetables for sale, picked on their own farm or farms in Lancaster. Their specialties are sweet white corn and just-picked tomatoes, but they also grow and sell pumpkins (in season), zucchini, squash, cucumbers, green beans, peppers, eggplants, cantaloupes and more. And everything on the home farm is irrigated.

Their huge greenhouses also produce 30,000 mums and a wide variety of other plants of all sizes and colorful flowers. They may have 5,000 plants in Worcester at any given time, 500 in Blue Bell, and 50 in Chestnut Hill.

All of this comes at a cost. After working pretty much 24/7/365 of backbreaking work (literally, in Jeff's case) for half a century, Jeff has a host of medical issues. “But he still is up at 5 a.m. every day and is in bed by 8 p.m.,” said Justine. “I tell him not to do that, but you men don't listen. My mom said I should marry a rock star, but instead I married a farmer. So now I am a truck driver.” Justine, who is considerably younger than her husband, and Jeff have been working together for 25 years and married for 17. They live in a 260-year-old farmhouse.

“We were so exhausted last year, literally working 18 hours every day. You can't sit down. We couldn't afford to take out kids to Dorney Park or the Jersey shore. Our last vacation together was five years ago. Our kids (three girls and one boy, aged 13 to 22) work together on the farm. We are teaching them a good work ethic. They are learning how hard it is to earn $20.”

Interestingly, O & F Farmstand was considered an “essential business” all throughout the pandemic because people have to eat to survive, so even though the owners were exhausted most of the time, their business had never been better.

“The pandemic actually gave us a new customer base,” said Justine. “People who had never stopped at our places before would stop and shop with us. Many of them did not want to go into a store for their groceries because they did not want to be close to other people indoors. We are spread out and outdoors, so all three of our operations did very well. People felt safer. And people were not going on vacation so they had more time to water their baskets and take care of their plants.”

Another bonanza for O & F Farms was firewood. Every year they sell firewood in the winter, but last year sales exploded. “You would not believe how much wood we sold,” said Justine. “Every year I would deliver one cord of wood, but last year I delivered three cords. People were burning wood all day long. And we were also using the snow plow. It was the craziest year ever.”

The Oceluses generally do not have time to watch TV, but one thing they never miss is the weather report. “Our whole life revolves around the weather,” said Justine, “and you never have perfect weather. A bad rain can kill us.” 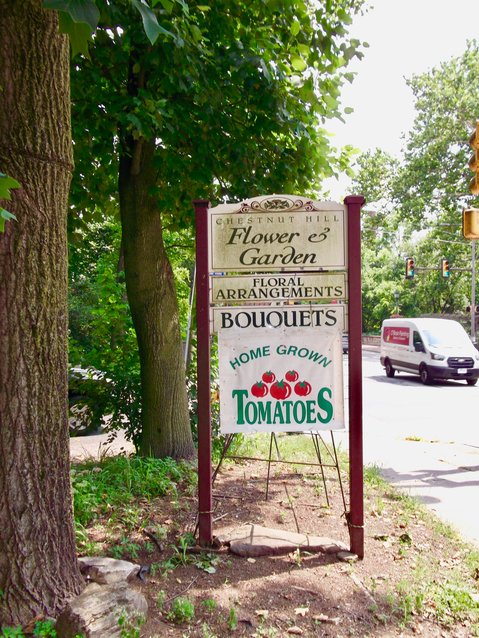 For more information, call 215-247-3060 or visit offarms.com. Len Lear can be reached at lenlear@chestnuthilllocal.com