Now, after 20 years of honing his craft in many fine restaurants, Hosey is using his skills to encourage others to make vegan or vegetarian choices. 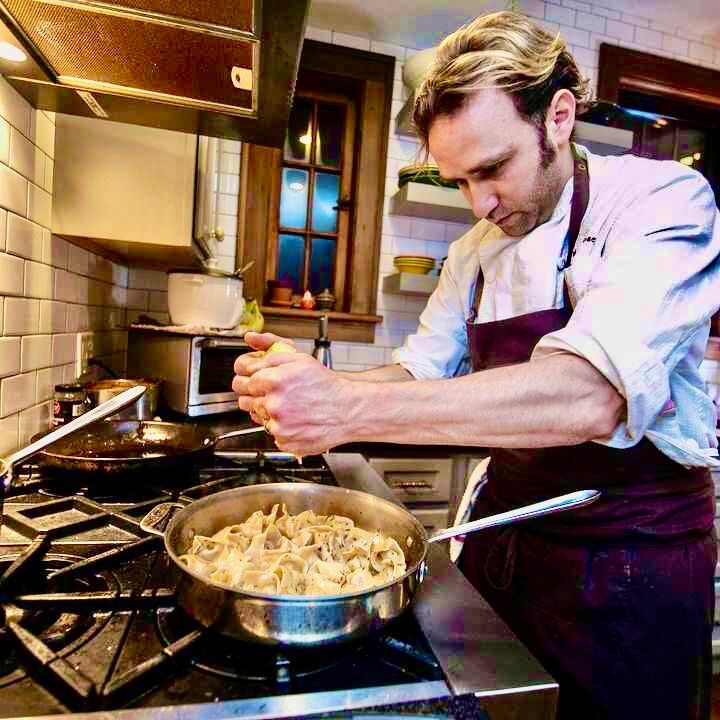 Vegan and vegetarian chef Max Hosey opened Hosers Central Kitchen in the Market at the Fareway behind the Chestnut Hill Hotel last November. 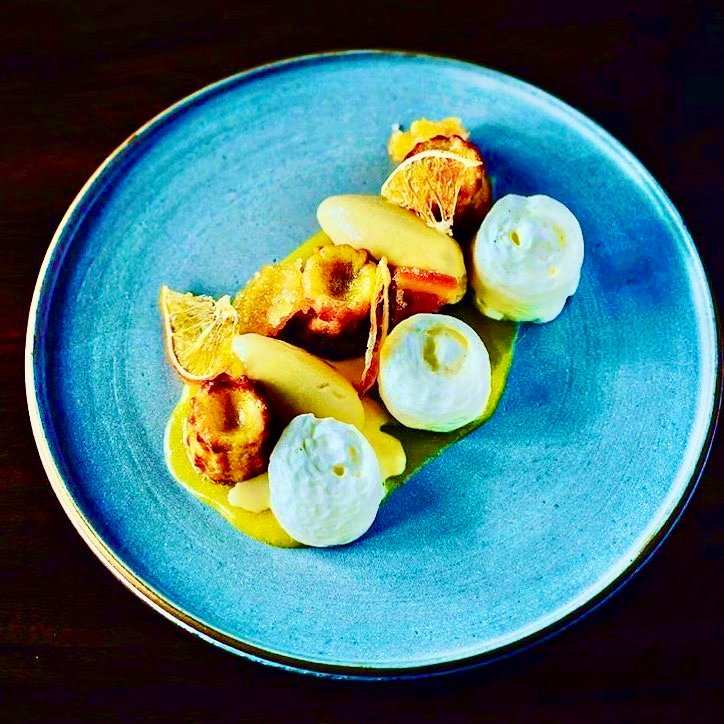 Professional chef Max Hosey acquired his taste for vegan food the hard way. In 2014, Hosey and his new wife Jessica were working on his sister’s Massachusetts farm when he had to kill five chickens.

The memory of that experience, which involved a sharp blade and a lot of blood, still haunts him. “That was horrible,” he said. “It helped me finally decide not to eat meat any more.”

And now, after 20 years of honing his craft in many fine restaurants, Hosey is using his skills to encourage others to make the same choice. Late last year, he opened his new Vegan restaurant stand, Hosers Central Kitchen, in the Market at the Fareway.

“I know that I want to use my skills and knowledge as a chef for over 20 years to make the world better,” he said. “I always thought that veganism and vegetarianism were the right way to live, but I did not have the courage to do it. But the last couple of years showed that you never know what tomorrow will bring, so you have to live life to the fullest today.”

Max and Jessica, who met when she was a server in a Center City restaurant, were married in 2014 and have lived in Glenside since then. When the pandemic hit, the couple, who now have two children aged 2 and 4, lost their jobs.

So they started a food truck, Hosers Food Truck, which would go to private events such as weddings and events at breweries and wineries, among other venues, in Montgomery and Bucks Counties.

That business essentially shut down in December of 2020 when there was another surge of COVID.

Then, on the day after Thanksgiving last year, Max opened his stand at the Fareway. He took the spot that had been vacated by Maurice Lavasani, a refugee from Iran who for decades ran Shundeez (named for Lavasani's hometown) in the market, which sold Persian and Mediterranean food.

And he’s now running both. The stand functions as Max's commissary and kitchen for the food truck, though customers can also take a seat and eat right there, or pick up their food and take it out. When Max is out on the food truck, he has a sous chef who runs the business in the Fareway. When he's not using the truck, he’s got it parked in his driveway in Glenside.

Max grew up in Dallas, PA, near Wilkes-Barre. He attended a community college, where he took courses in architecture, hotel management, photography and cooking. He liked cooking the most, so he went to the New England Culinary Institute in Vermont for two  years.

“Bake shop started at 2 a.m. for 8 hours,” he said. “Then came afternoon classes. It was like boot camp.”

Over the last two decades, Max has cooked in 18 restaurants at locations including  Colorado, San Francisco, Ireland and London. He served as executive chef in several of them. In Philadelphia, he was a chef at Mica in Chestnut Hill, Salt near Rittenhouse Square and two incarnations of the Striped Bass.

But for the last two years, his food has been strictly vegan and vegetarian.

“I have gotten a lot of resistance to vegan food,” Max admitted last week. “People will order a bunch of food and say, 'Any meat?' When I say no, some say 'Nevermind' and walk away. But that is part of my mission.”

“I had a vegan chef in college who first put the idea in my brain. I was a vegan for six months in my 20s and for six months in 2015, when I was the chef at a tiny vegan restaurant in Jenkintown called Flora. (We ate there twice, and it was excellent.)

Since 2014, the Hosey family has had meat in their house exactly five times.

“That is when family members would come over, so I made meat for them, but never again. No more meat! My sister says, 'You can't raise kids on tofu and eggs.' I said, 'Yes we can.'”

Why does Hosey's food truck use the name Hoser instead of Hosey? “I needed a name for the food truck that is fun and simple, and in the movie 'Strange Brew,' there is a dog named Hoser,” explained Max.

Max still does private events in addition to the food truck and Fareway.

“Max brought his vegan food truck to my wedding party at the shore on Long Beach Island last fall,” customer Daniel Perez said. “The food was incredible, and they worked on a special menu for us. Every guest, vegan or not, at the party mentioned how delicious and creative the food was.”

For more information, email hoseymade@gmail.com or call 267-991-6507. Len Lear can be reached at lenlear@chestnuthilllocal.com