Holly Locke died peacefully on August 3, 2019 with her four children gathered. Charlotte Rose Welles, known throughout her life as Holly, was born on October 6, 1927 in Peking (Beijing) China. She … 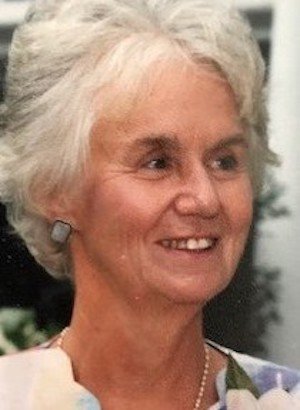 Holly Locke died peacefully on August 3, 2019 with her four children gathered. Charlotte Rose Welles, known throughout her life as Holly, was born on October 6, 1927 in Peking (Beijing) China. She was a direct descendant of Isaac H. Clothier, co-founder of Strawbridge and Clothier department store. She lived in Shanghai as a young girl on the campus of the Shanghai American School where her father was headmaster, and then moved with her family to New Canaan, Connecticut. Holly attended Abbott Academy before earning her Bachelor’s Degree in Economics at Smith College in 1949. Holly met her husband, Frederic W. Locke, in a teacher training program at the Shady Hill School in Cambridge, Massachusetts. After marrying in 1951, Fred and Holly started a family and had four children. They settled in Philadelphia. Holly taught at Oak Lane Day School and Germantown Friends School, where she became known for her innovation and creativity, actively fostering progressive, child-centered education. For the last 25 years of her career, she served as Executive Secretary for the Friends Committee on Education, and traveled the country as an educational consultant for the Friends Council on Education. In this role, she helped establish the Delaware Valley Friends School and the Stratford Friends School in order to address the needs of children with learning differences. Throughout her life, Holly enjoyed a love of the outdoors and, as their family grew, she and Fred shared many special times with their children on the coast of Massachusetts, the lakes of northern Ontario and Maine, and the mountains of Colorado and Vermont. They retired to Vermont, where they developed a vibrant social life, became active at the Bethany UCC Church, and where Holly served as a Volunteer Chaplain at Gifford Memorial Medical Center in Randolph. Over the course of their 63 year marriage, Holly and Fred traveled to many parts of the world, and fulfilled Holly’s lifelong dream of returning to China with Fred and her sister Kay Piper. They also enjoyed many wonderful times with their grandchildren on the East and West Coasts. Holly is survived by her four children, Majida Miller, Fred Locke, Jr., Robin Nagele, and Katy Locke, her sister Kay Piper, and her four grandchildren, Chris Nagele, Rose Nagele, Shannon Watson, and Emily Locke. Memorial services will be held on Sunday, September 29, 2019 at 2:00 PM at Friends Center, 1507 Cherry Street, Philadelphia, PA 19102 and on Sunday, October 13, 2019 at 2:00 PM at the Bethany United Church of Christ, 30 North Main Street, Randolph, VT 05060. Donations in lieu of flowers may be made to: Bethany United Church of Christ, 30 North Main Street, Randolph, VT 05060, Friends Council on Education, 1507 Cherry Street, Philadelphia, PA 19102. www.helwegrowlandfh.com