Homage to Broadway greats and a hint of nostalgia

There is a tinge of sadness in "Together Off-Broadway: Merman & Martin" now running at the Act II Playhouse.

Homage to Broadway greats and a hint of nostalgia 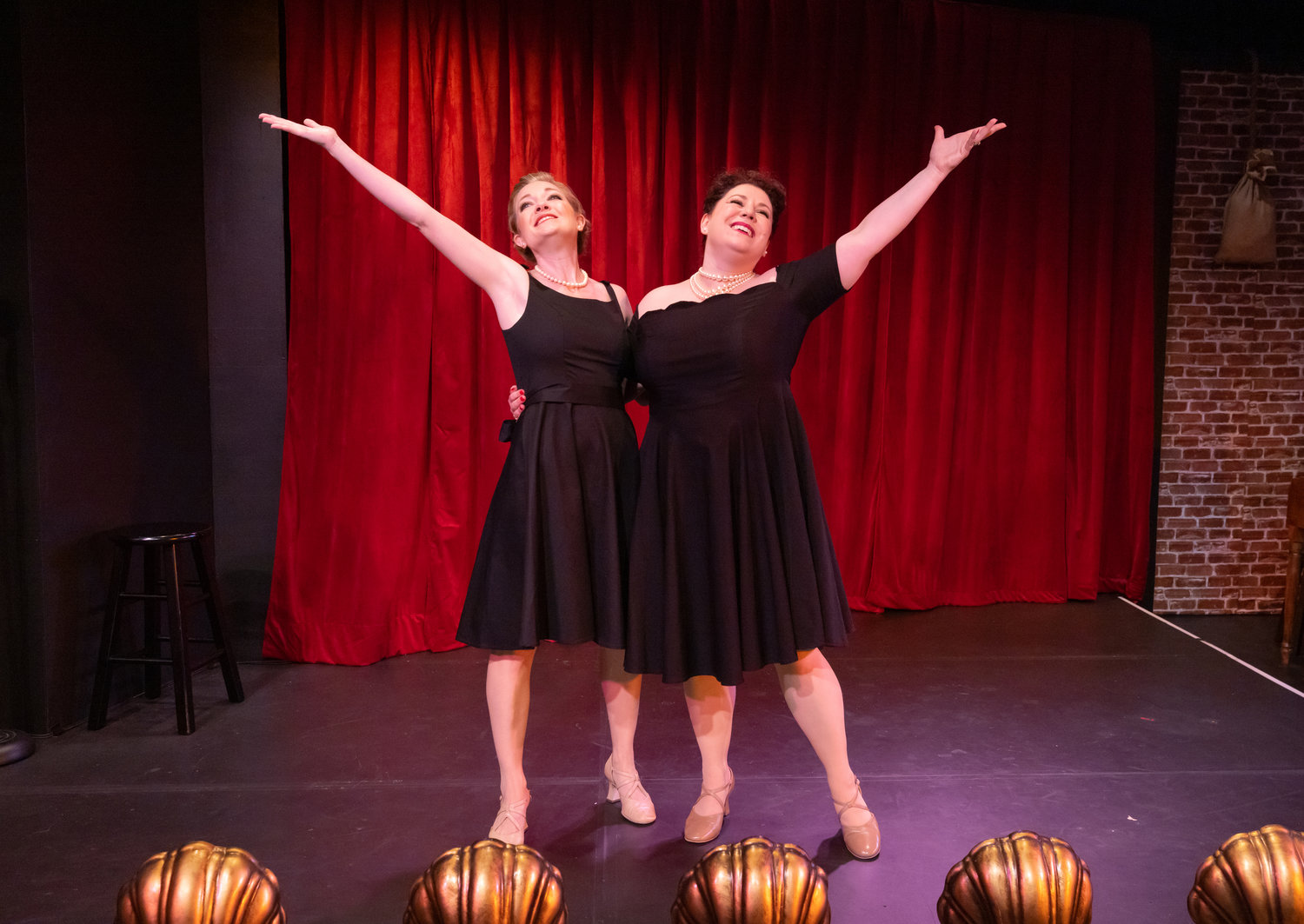 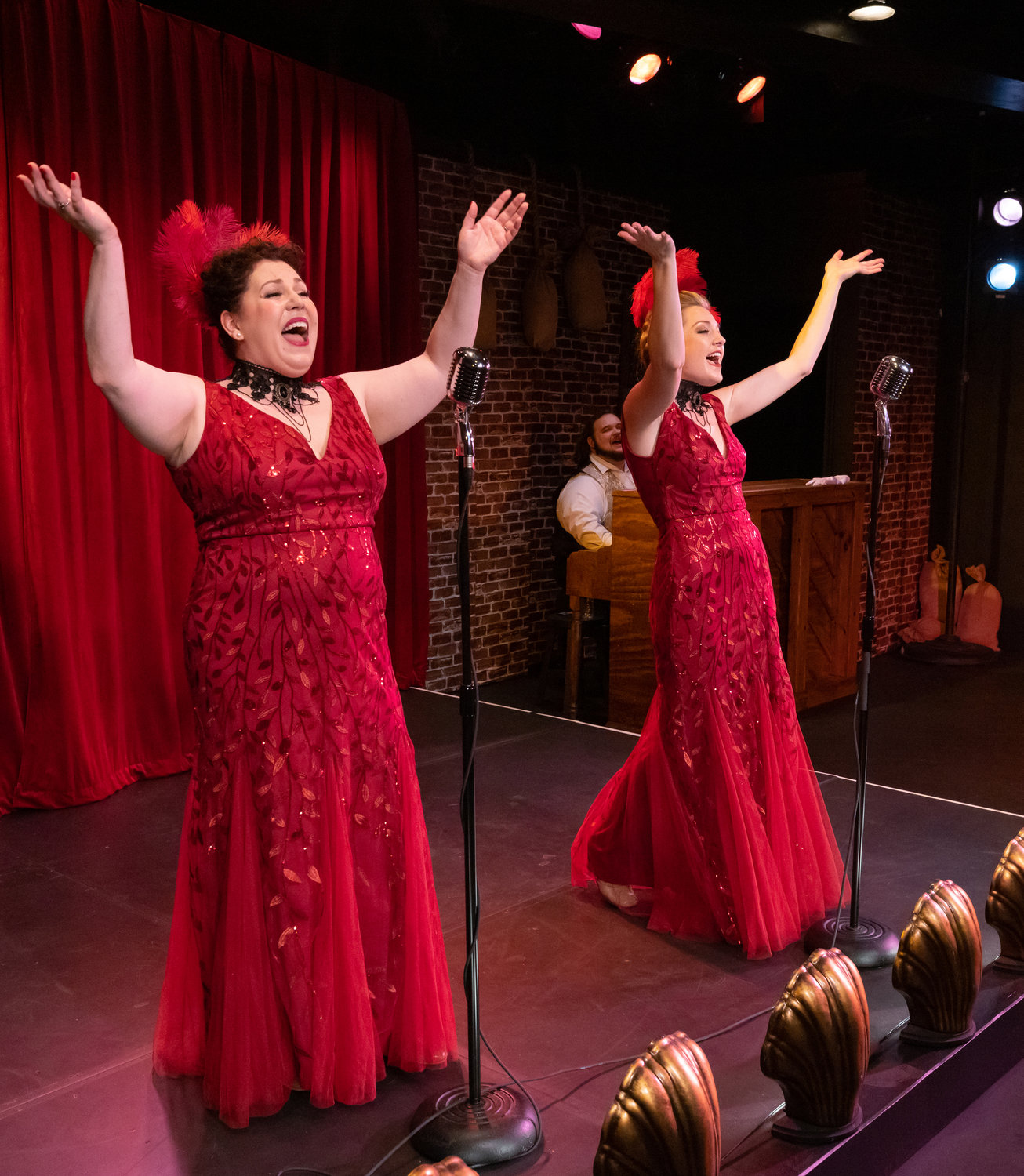 There is a tinge of sadness in "Together Off-Broadway: Merman & Martin" now running at the Act II Playhouse. Ostensibly an homage to Ethel Merman and Mary Martin, it is also a nostalgic reference to the glory of the Broadway musical in its heyday.

The play was created by the acting team of Meredith Beck and Sarah J. Gafgen, along with artistic director Tony Braithwaite and music director Dan Mantarazzo. They cobble together the life and work of the two stars in such a way as to create a story of friendly rivalry.

Playing Ethel Merman, Gafgen kicks off the show with Ethel's signature song, "There's no business like show business", from "Annie Get Your Gun" (Irving Berlin). Gafgen captures Merman's tough and vaguely insolent New York City bearing. Merman debuted in "Girl Crazy'' (Gershwin) in 1930, after the brothers discover her in a supper club.  Gafgen sings "I got rhythm" from that show.

Mary Martin is not far behind. Growing up a tomboy in Texas, she married at seventeen. But rebellious Mary sought freedom from rural life, fleeing to Hollywood where she became known as "Audition Mary" until she was discovered by Oscar Hammerstein. Beck sings "My Heart Belongs to Daddy" from her debut in Cole Porter's "Leave it to Me" in 1938.

Together, these two luminaries dominate musical theater for the next 30 years. At times their worlds collide. Ethel starred in Irving Berlin's "Annie" on Broadway. But Mary starred in the show's National Tour, and we watch Gafgen and Beck act out their competing versions of "I can do anything better than you."

The continual costume changes of three-time Barrymore winner Janus Stefanowicz are eye-catching. Caught up in the excitement, piano accompanist Dan Matarazzo warbles a line of music from time to time, comically insufficient when stacked up against what Beck and Gafgen are doing.

The rivalry heats up. Ethel Merman is the mother of Gypsy Rose Lee in "Gypsy" (Styne and Sondheim). That same year Mary Martin is the singing nun in Broadway's "The Sound of Music'' (Rodgers and Hammerstein). Beck evokes Martin's stage persona as she acts out the inner meaning of a quartet of songs from the show.

The rivalry comes to a head when both are nominated for the Tony in 1960. The press tries to play it up. But the two women secretly meet and agree to answer all speculation with stock witticisms. When asked what she thought of Mary Martin, Merman would answer; "She's OK, if you like talent". (Mary Martin won the Tony.)

Act II Playhouse excels in cabaret music shows. Here, these legendary performers are vivid and Gafgen's Merman could be describing both when she sings: "Some people can be content / Playing bingo and paying rent / That's peachy for some people / For some hum-drum people to be / But some people ain't me." ("Some People" from "Gypsy").

They finally share the stage in a television extravaganza to celebrate Ford's 50th anniversary. At first they sing in turn, then sing their top Broadway numbers over each other. Gafgen's "You Made Me Love You" makes you feel Ethel Merman has risen from the dead.

Merman and Martin share stories of personal tragedy and you sense they only feel truly happy when on stage. Beck and Gafgen send you home with a rousing singalong of "Alexander's Ragtime Band."  But their real finale occurs just before, the ironic goodbye song from "Hello Dolly," a fitting adieu to the golden age of the Broadway musical.